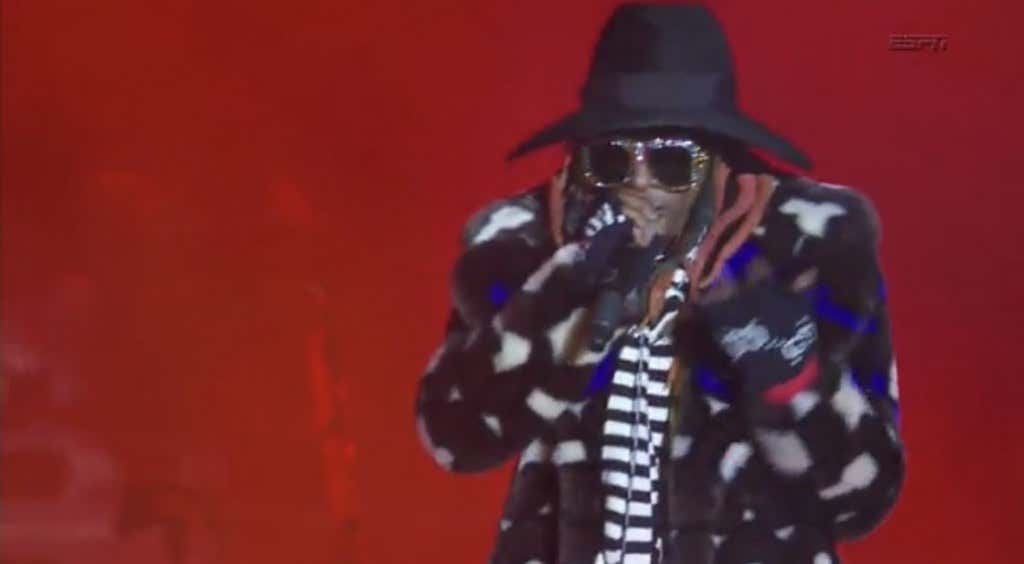 I know you’re not supposed to worship false gods and that’s why I don’t, I worship Lil Wayne. Since I was a kid he’s been my favorite rapper in the world and he retains that title to this very day. I genuinely believe it’s crazy for anyone to disagree. Old folks, or people who put too much opinion on what their father’s used to say because they long for their approval, love to wax poetic about the old days of music. They say that rock n roll is dead. No it’s not, it’s embodied in five foot five inch guy from New Orleans. What was rock n roll anyway? Fucked up as fuck all the time and slurring words on stage? Check. Dressed flamboyantly and outrageously? Check, as Wayne looks like a kid who just popped out of his mom’s closet in her clothes. The ability to consistently reinvent yourself? Wayne’s gone from rap, to rock, to pop, to skateboarder, to rap. Oh and Wayne has been pronounced dead by TMZ like four times. If that’s not rock n roll that I don’t know what to tell you. Everyone bow to your king, and tell your dad who says “they don’t like music like they used to” to do the same.