This is an awesome video, he said, ignoring the fight Kevin started with blind people ten years ago over goalball. Anytime the team gets out in the community, be it bringing presents to the kids at Boston Children’s or heading over to Perkins to play some games with the kids, it’s obviously always cool. You want your team to win and you want your team to take an interest in the community. Bruins are doing both of those things right now.

However, the real point of this blog, is Zdeno Chara. I love Big Z so goddamn much, man. He’s just so big that it’s hilarious to watch him do anything. Seeing Chara do anything other than play hockey is like watching a giraffe tap dance, it’s awe-inspiring and confounding and hysterical. Like this picture of Chara trying to save a ball while blindfolded is flatout hysterical. 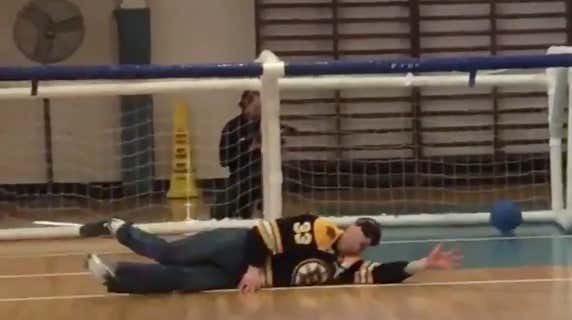 You know why else I love Z though? Competitor. Doesn’t matter if he’s lining up against a team’s first line or if he’s playing some goalball with blind kids, he’s here to win. Look how JFK rolls the ball, he rolls it gently and from his knees, you know, as if he’s playing with blind children. 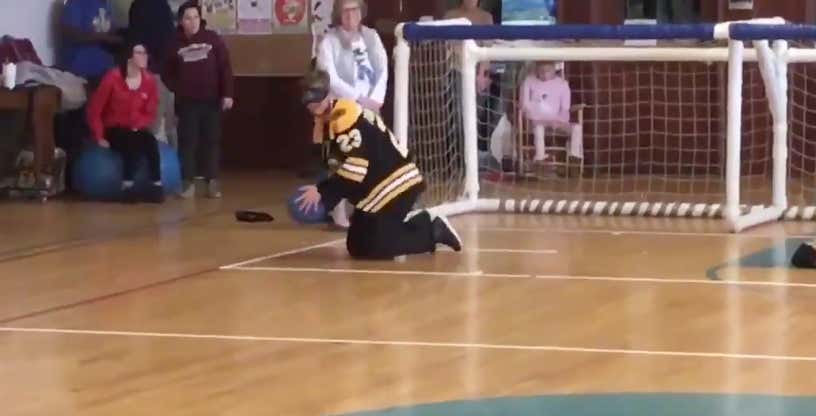 Not Chara, though! You want to play a sport with Chara? That’s fine, but you’re getting all 6’9″ of him! So goddamn big you can’t even see the kid in net because Z is blocking him out like arrows in the Thermopylaen sun. 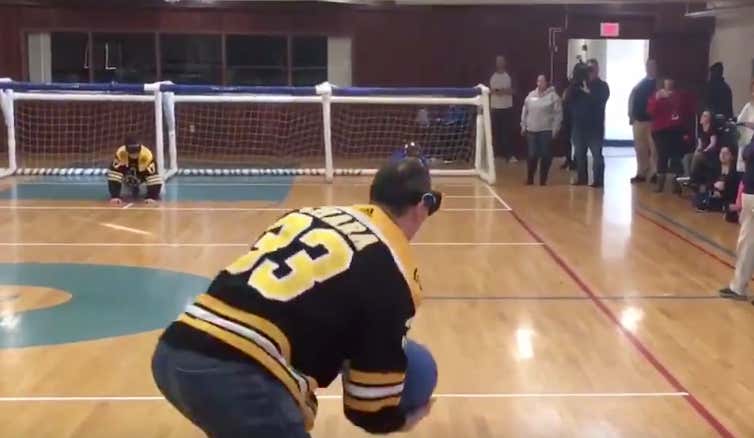 Not only was he giving it his all, he was very upset when he rolled the ball out of bounds. Guy’s a winner and that’s why he can play for me until he’s dead. 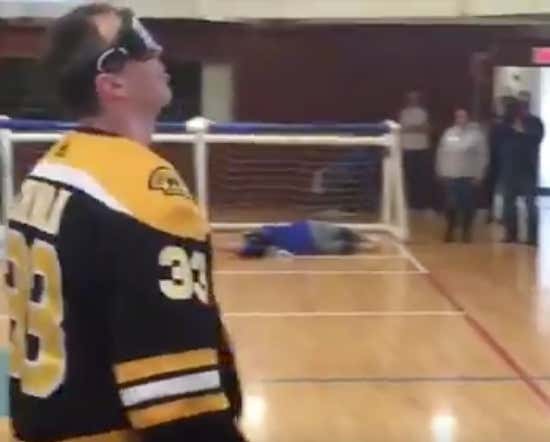 Also, Donato, my guy, you gotta be quicker than this. That ball sounds like there’s a fuckin’ stampede headed your way and you haven’t even turned your head by the time it’s already past you! 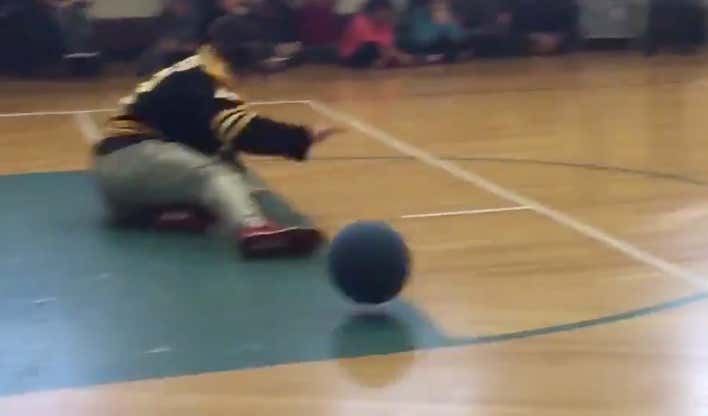 PS – Can’t start a blog about how watching Chara do other things is funny without perhaps the funniest/saddest picture of all time. This was Chara at Canobie Lake Park in 2013 days after they lost the Cup to the Blackhawks. Just fuckin’ squeezed into a Rowdy Rooster, in the rain, looking like the most despondent man in the world. 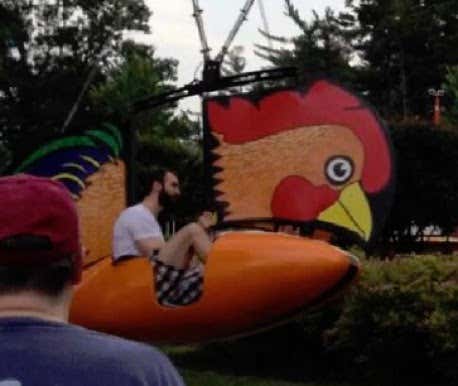