A lot of times when I see a video that’s two minutes long, I skip through it just to get to the good parts and don’t end up watching the whole thing. The build up is almost always way too long and payoff is never worth the amount of time it takes to get there. Then there are videos like these. Videos that are not only worth the entire watch, but exceed all expectations by the time you get to the end. Like I can’t tell you how happy I was when that snake latched onto that guy’s fat stupid head. Look at how hard he was taunting that thing. 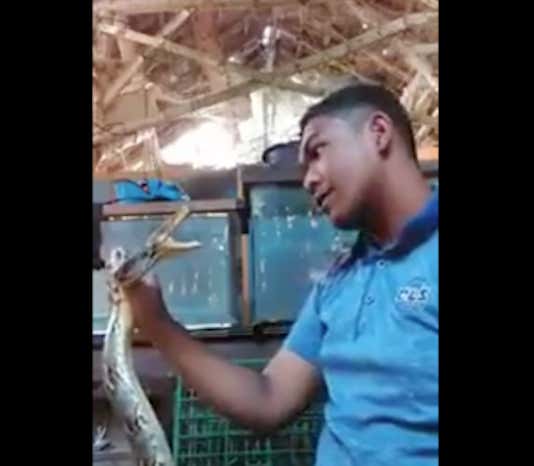 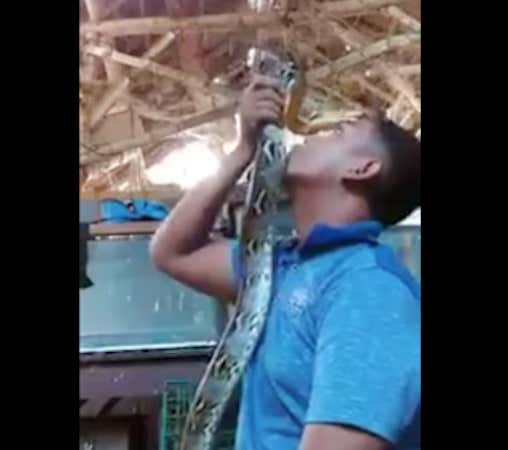 and then BAM! GOT EMMMMMMM! 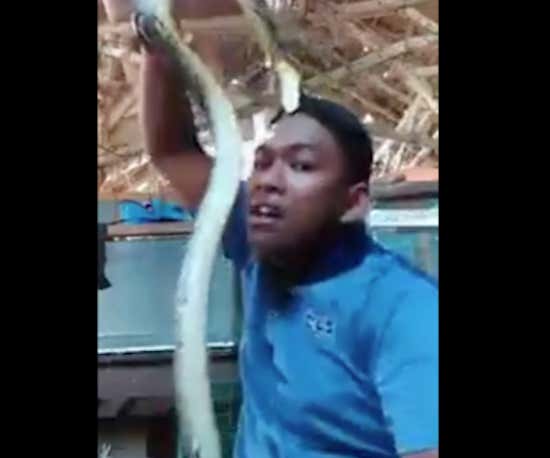 He knows he got-got the second the snake bites down. You can see it in his face. That’ll leave a nice scar. I’m waiting for something like this to happen with Young Pageviews since apparently he’s python hunter now, but he has too much respect for the animals. Oh well, if you mess with the snake you get the fangs.