First of all, I can’t believe that play happened more than a decade ago. But then you remember that Mike Holmgren was the Seahawks coach, Bill Parcells was the Cowboys coach and that this was the end of Romo’s first season as a starter after the Giants injured Drew Bledsoe on Monday Night Football in Week 7. I honestly thought the Giants were about to be Jets’d by starting the era of being haunted by a star backup quarterback that came out of nowhere playing for a legendary ex-coach named Bill. Instead Romo and the Cowboys came up comically jusssssst short in that moment (and every other moment that followed), Bill Parcells retired, Wade Phillips took over, and Eli Manning guided the Giants to a Super Bowl over the 18-0 Patriots a season later and would win another in 2011-12.

I also remember watching my buddy, who is a huge Giants fan, lose hundreds and hundreds of dollars on this play because he had Cowboys money line and to be honest, it’s the only time I was truly happy to see one of my friends lose a bet. A Giants fan winning a bet on the Cowboys or Eagles in the playoffs is the epitome of blood money. And he was thissssclose to winning that bet if Romo was able to hold onto that super shiny K ball for *checks notes* Martin Gramatica(!) to kick it through the uprights. Instead Romo fumbled, got tackled on what would have been one of the greatest scrambles in recent memory, and continued Jerry Jones’ neverending quest of returning to the glory hole known as the Super Bowl while ripping my buddy’s still-beating heart out of his chest. 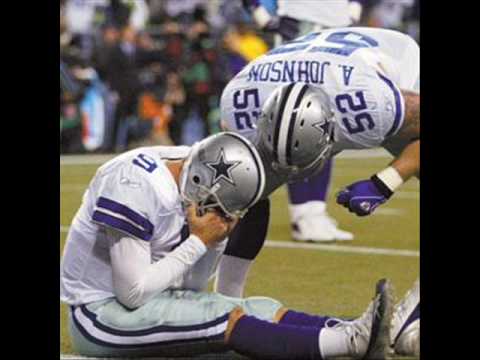 You just hate to see it.