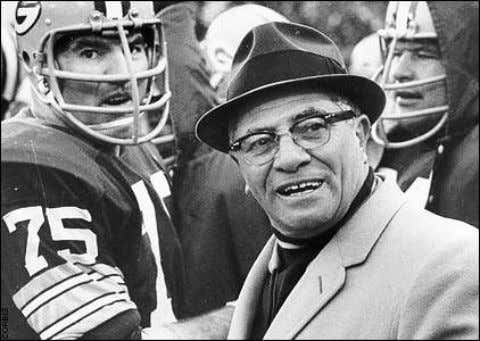 The Green Bay Packers defeat the Cleveland Browns 40-23 in the Bert Bell Benefit Bowl in Miami. The game played a week after the NFL Championship Game and week before the Pro-Bowl at the Orange Bowl featured the NFL’s second-place teams playing to raise money for the NFL pension fund. Packers Coach Vince Lombardi was less than enthused calling it a Shit Bowl for losers.

With the arrival of the rival AFL in 1960, the NFL looked to increase its exposure. Rather than expand the playoffs, they created a consolation game for the second place teams in the Eastern and Western Conference. The game played at the Miami Orange Bowl was nicknamed the Playoff Bowl but was officially named the Bert Bell Benefit Bowl. Bell had served as NFL Commissioner from 1946-1959. He had founded the Philadelphia Eagles and was once part owner of the Pittsburgh Steelers. Bell had helped the league, during its surge in popularity in the 1950s until suffering a fatal heart attack while attending a game involving the Eagles and Steelers at Franklin Field.

Nobody detested the Playoff Bowl more than Green Bay Packers coach Vince Lombardi, who after finishing with an 11-2-1 record finished a half game behind the Chicago Bears in their quest to win the Western Conference for the fourth straight season in 1963. After winning two straight titles, playing for third place felt like an insult for the Packers legendary coach. The Cleveland Browns meanwhile under first-year coach Blanton Collier finished one game back of the New York Giants, with a record of 10-4 as Jim Brown won his sixth NFL rushing title in seven years. Lombardi let his feelings known, calling the game “A Shit Bowl, a losers’ bowl for losers” 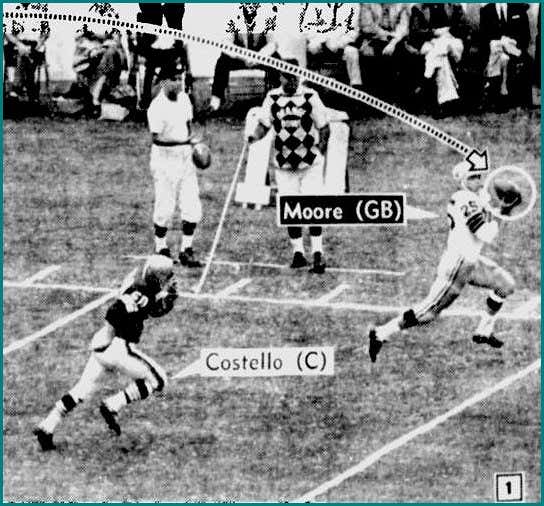 A crowd of 54,921 were on hand at the Orange Bowl to see what they hoped would be a battle of the NFL’s top two running backs. However, neither Jim Brown or Jim Taylor were used much as the game took on the feeling of a preseason game. Green Bay jumped out to a 14-0 lead in the first quarter on a pair of touchdown passes by Bart Starr, the first went 18 yards to Ron Kramer the second was a 99-yard play to Tom Moore which Starr tossed from out of his own end zone. This followed a great goal-line stand, denying the Browns an early score. Lou Groza scored Cleveland’s first points with a 35-yard field goal, while Max McGee reeled in Bart Starr’s third touchdown pass going 15 yards to make it 21-3. Before the first half ended, Ernie Green scored for the Browns and Jim Taylor for Green Bay to keep the Packers in front. Moore scored again in the third quarter to extend the Packers lead to 35-10. The lead would eventually reach 38-10 following an eight-yard field goal by Jerry Kramer. The Browns made some noise in the fourth quarter on a pair of Frank Ryan touchdown passes one to Rich Kreitling the other to Bob Crespino. Looking to get closer, Ryan was taken down in the end zone Lioned Aldrich and Urban Henry for the final Packers score at 40-23.

The Packers would return to the Playoff Bowl in 1965, losing to the St. Louis Cardinals 24-17. After that one Vince Lombardi went on a rant, calling the game “A hiky-dink football game, held in a hinky-dink town, with hinky-dink players.” Lombardi and the Packers hatred for the game became their motivation over the next three years and helped them win the first two Super Bowls. Including the second one in that same hinky-dink town.

Overall the Bert Bell Benefit Bowl was played for ten seasons throughout the decade of the Sixties. When the Super Bowl began, the game would be played in the off week between the championship games and the Super Bowl, though it remained a matchup of NFL runner-ups. All ten games were played at the Orange Bowl and was discontinued following the 1970 merger. One player Roger Brown had the misfortune of playing in the game five times, three with the Lions and twice with the Rams.