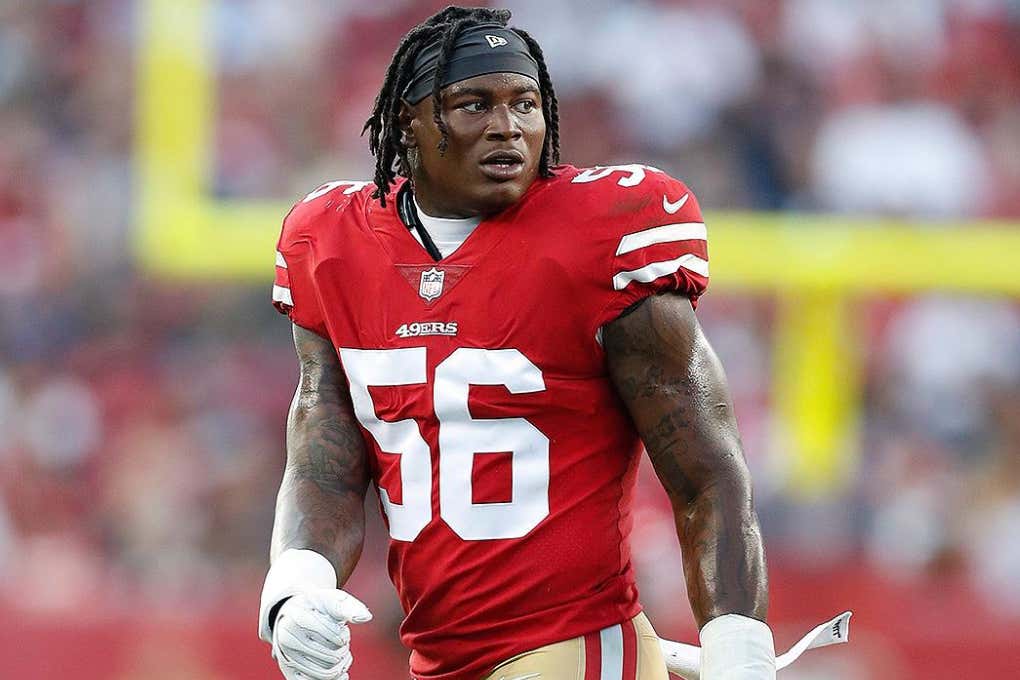 PFT - Reuben Foster was due in a Tampa courtroom on Thursday morning for an arraignment on domestic violence charges, but the hearing did not go forward.

Foster had been arrested in Tampa on Saturday, November 24 while in town to play the Buccaneers as a member of the 49ers. The linebacker was released the next day and claimed off of waivers by Washington. He never played for Washington as he was placed on the Commissioner’s Exempt list.

The alleged victim was Foster’s ex-girlfriend and the same woman who recanted previous domestic violence allegations against Foster in 2018. Elissa Ennis later said that she lied when recanting those allegations and reports indicated that she intended to take part in this investigation into Foster’s actions. Foster’s agent told TMZ he believes the case was dismissed because of “issues with the witness’ credibility.”

Just some quick advice to Reuben Foster now that he’s been cleared of domestic violence charges:

He has to be on his best behavior every minute of every day until he retires. I know charges were dropped, but it doesn’t mean the NFL is going to drop their investigation. Kinda weird how the NFL operates their own court of law separate from the actual court of law, but we know how that works. Foster will probably get 6, much like how Zeke Elliot did even after his charges were dropped.

There’s not really a ton to say. I guess the Redskins feel good about themselves now? They have a good player in Foster, so ummm, yay? I’m not positive how to feel about this, the Skins gambled and I guess when it comes to pure football purposes, it paid off? I guess? Probably sets a bad precedent moving forward. I don’t know. This fucking team. They’re just impossible. Fire Bruce Allen.