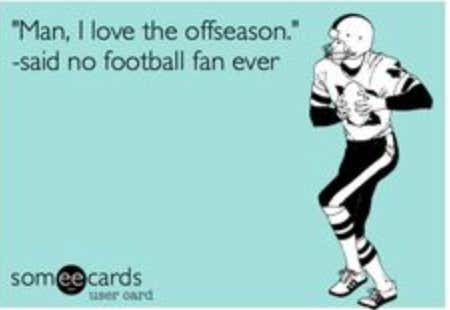 Cue the scaries. The college football season has all but ended.

I’m actually excited for the National Championship because it’s clear that the two best teams in the country are facing off. Again. Plus, the 4-team playoff is light years ahead of the BCS so I won’t ever complain. The fact that a computer got to choose the best teams in the country is laughable now. Humans aren’t perfect and there are – no doubt – built in biases (no matter what anybody tells you). But its a million, trillion times better than pre-2014.

With that being said, it’s time for the CFP to expand. And there’s zero argument that tells me otherwise.

I’m not sure EXACTLY what it would look like. Maybe you go to six teams and give the #1 and #2 a bye. Atleast with that scenario, every team in the Power Five has a chance to make it in so there’s not a confusion on which conference is the shittiest one. (Even though that is a really fun argument to have). Then with that 6-spot, you have an extra outlier for a Notre Dame, UCF or a conference just gets doubled up.

Maybe you go eight. Make it even more dramatic.

Whatever it is, it just needs to happen. Sooner than later.

Look no further than what we saw on Saturday. It was pretty obvious how lop-sided the semis were with double digit spreads. And, of course, it played out almost exactly how Vegas thought it would.

Undefeated Notre Dame got embarrassingly blown out by Clemson (a la 2012… minus the fake dead girlfriend thing). And yes, Oklahoma ended up covering the game vs Bama. But it wasn’t close either. Unless you were betting on the games or you just live and breathe college football, you weren’t really having fun past the first quarter.

It’s always easy to look back in retrospect. (Shout out, that person you should’ve never had sex with). Hindsight is 20/20. BUT would the games have been more fun with the teams that were on the bubble?

Let’s check in with those teams that could have been:

- Georgia: There was a lottt of clamoring that, despite having two losses, UGA was one of the best teams in the country.

L.O.L. To be fair, I think Georgia is probably the better football team up and down than Texas. But that definitely didn’t show last night. UGA humiliated themselves, their fans and really the SEC as a whole (yep, I’m selfish).

- Ohio State: Hand up, I made the argument that the fighting Urban Meyers shouldn’t be in the playoff this year because of the shellacking they took from Purdue. And despite what Dave Portnoy said about Michigan this year, I do think that game was impressive. They ended up only beating Washington by 5, but it wasn’t close.

In the end, I think Ohio State was a better team than Notre Dame this year. 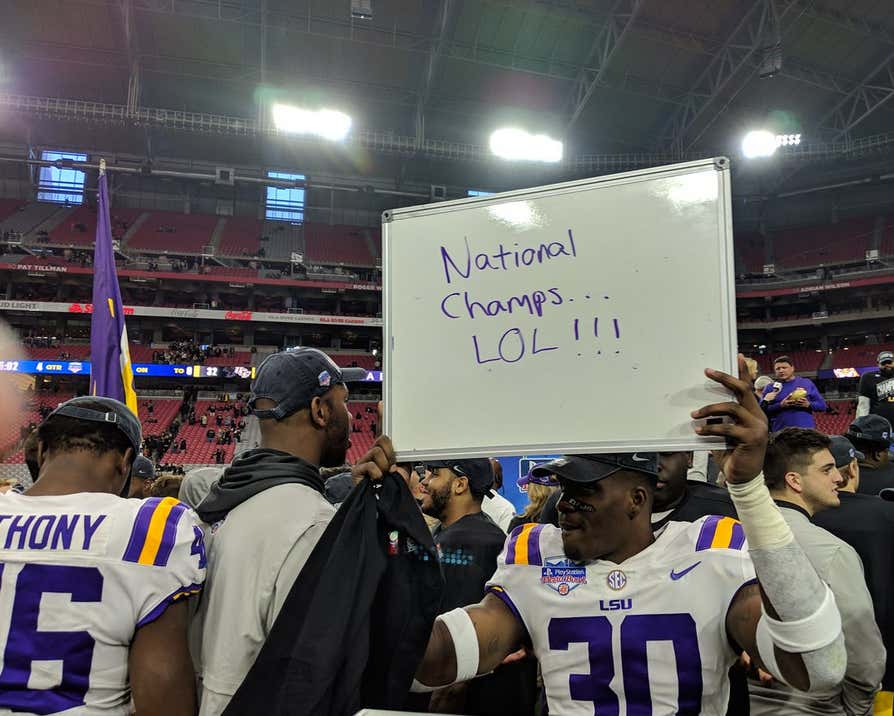 Simply put, there’s always going to be some sort of argument. That’s what makes this whole thing fun. But it’s a broken system. How can the CFP expect people to get hyped up for semi-final games that have turned into boring games year after year. Even with three undefeated teams this year, it wasn’t a no-brainer selection process.

And what about the teams that weren’t on the bubble?

Like – and this pains me to say – Texas? They looked really good last night. You can make the argument that Georgia “didn’t want to be there.” If that’s the case, I loathe it. Georgia players and fans did a whole lot of bitching about being left out of the CFP. Shouldn’t that have been reason enough to come out and actually try to give a shit to beat the Big 12 runner up?!? (The answer is: yes). 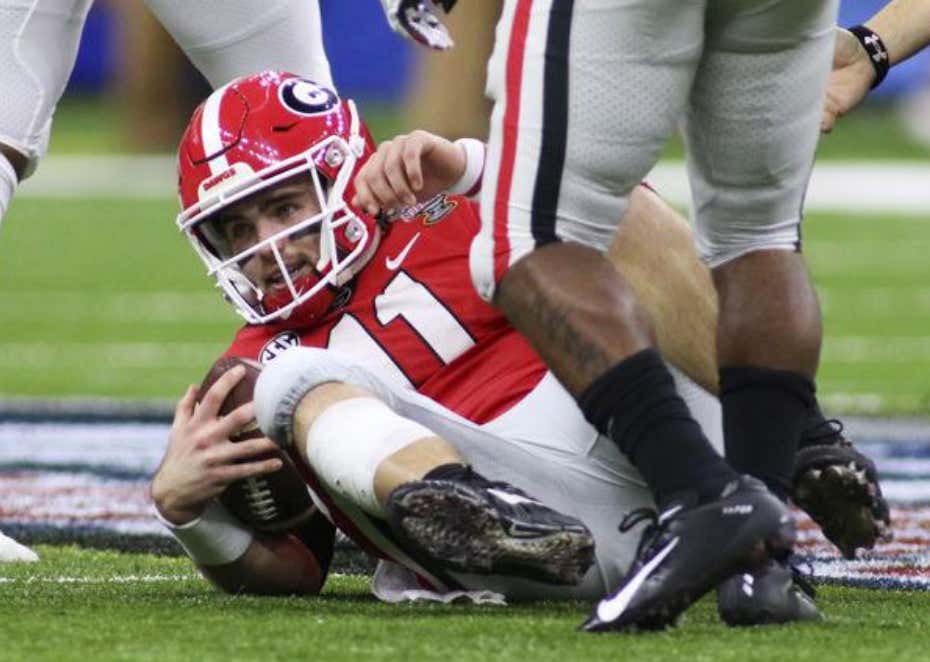 But the way Texas played last night gives me reason to wonder what they could’ve done in a playoff. Would they beat Alabama or Clemson? Probably not. But I’d put money on THAT team beating Notre Dame and giving OU a run for it’s money in a Part 3.

I could go on and on and on. For the most part, bowl season isn’t fun unless you’re slamming money down on games. There’s very little reason for a lot of these guys to care, which is why we are seeing more and more NFL sit outs. An expansion helps the entertainment value. Oh and crazy thought, if you give guys more to play for, you will the best players giving a shit. Most guys won’t sit out if there’s a championship on the line.

What would the expansion look like if we did 2018 over (according to the final CFP rankings)?

Or how about this?

I don’t hate it at all. That would give a team like Texas a chance to sneak in.

But the NCAA, ESPN and the CFP tend to make things wildly over complicated for no reason at all. So I wouldn’t expect anything to change any time soon.