Happy New Year. First off, congrats to everyone for making it through another year alive on earth. If you’re reading this, you have managed to survive the extreme partisanship of the 2018 midterm elections, and hopefully you’re not on the verge of a heart attack because you really care one way or the other about the border wall/gender neutral bathrooms/anything else “they” try and riel you up with.

Speaking of the border wall… President Trump has partially shut down the government because congress refuses to give him $5 Billion for more wall. 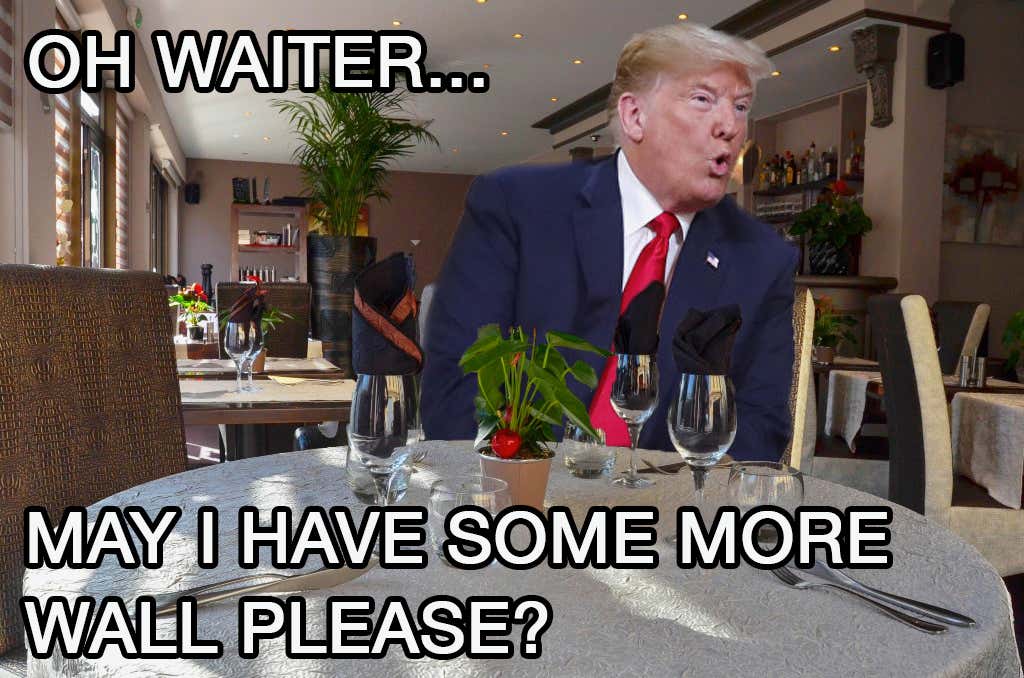 What happens when the government shuts down?? Not a ton really, some “non-essential” bureaucrats get “furloughed” meaning they can’t work or check their email, and most of the country who doesn’t live in DC/Maryland/Virginia really isn’t impacted at all. The bathrooms clog up at national parks, stuff like that. Although, it does really suck for all government personnel not collecting checks and being unsure about the future of their careers… not a good recruiting tool to encourage kids to pursue a “kush” job in the government.

Just like all “shutdowns” this one has been/is going to be used as a political lightning rod to work up all the psychos on each side of the aisle, and then they’ll reopen the government, and then they’ll hate on each other some more and do it all again in 6 months.

Even though it’s nothing but a continuous circle jerk on Capitol Hill, at least they legalized hemp, and banned bump stocks in 2018 (two things that were broadly supported by most Americans). They also slashed subsidies for electric cars, but hey maybe they’re gonna blow us away with a car that runs on clean coal in 2019??

Odds are good that the next two years will be a never ending loop of virtue signaling form the left, and demands for more wall funding on the right, and that’ll be about it. Hopefully weed gets legalized during that time, but I wouldn’t expect much cooperation on larger issues between the Pelosi House, the McConnell Senate, and the Trump White House. Maybe they’ll all use this next two years to seriously take a look at fixing campaign finance rules, and making it so that corporations don’t secretly run the government behind the power of Super PACs… but don’t hold your breath on that one. 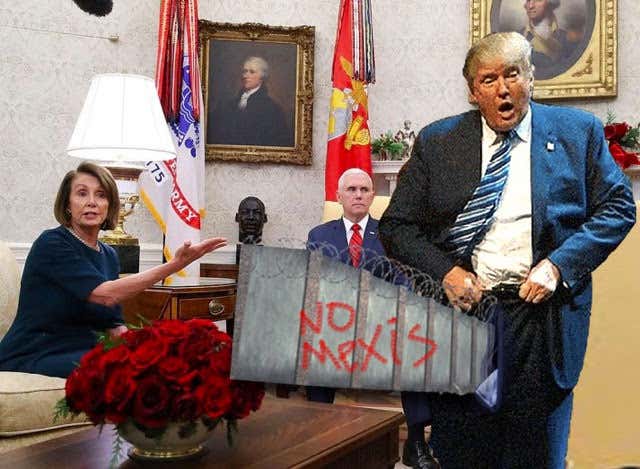 Finally, the Mueller investigation better wrap up in 2019. The only thing worse than being an American living through the Mueller investigation is being a Brit living through the Brexit/Royal baby saga where the country had a 3 year long panic attack that ended with half-foreign baby in their beds. But back to Mueller… he better have the pee tapes, he better fucking have something… anything at all for keeping us wondering what the fuck he’s been doing for a year and a half.

My bet on Mueller: he’s got “a lot” on Trump’s campaign, and will continue sending Trump’s errand boys to jail, but possibly nothing that ties an actual collusion charge on Donald Trump himself. It could end in a scenario where old Republicans finally understand that Russia DID INDEED influence the 2016 elections in Trump’s favor (something that’s been obvious since it was going on during the election), and they may feel bad about that, but all the Democrats could have for impeachment purposes are the campaign finance rules broken when Trump paid off his playmate lovers… but that won’t get the job done. That’s my outlook based on the old adage that “past performance is the best indicator of future performance” – Teflon Don remains Teflon Don, the Ds keep being CONVINCED they finally have him cornered, and a lot of people in America continue fooling themselves into believing that one side is totally right or totally wrong… but it all remains to be seen, and maybe there’s some curve balls coming at us in 2019 that will shake things up.

Anyway, cheers to surviving 2018 and to the start of 2019: the Year of the Core. Even if we’ve got a shitshow in DC, at least we’ll all continue to crack jokes about it, we’ll learn who else besides Donald Trump and Liz Warren are tossing their hat in the ring to run for President in 2020, we may finally learn what Mueller’s been working on all this time, and we’ll be SHREDDED by beach season #HardFactorHardBody.