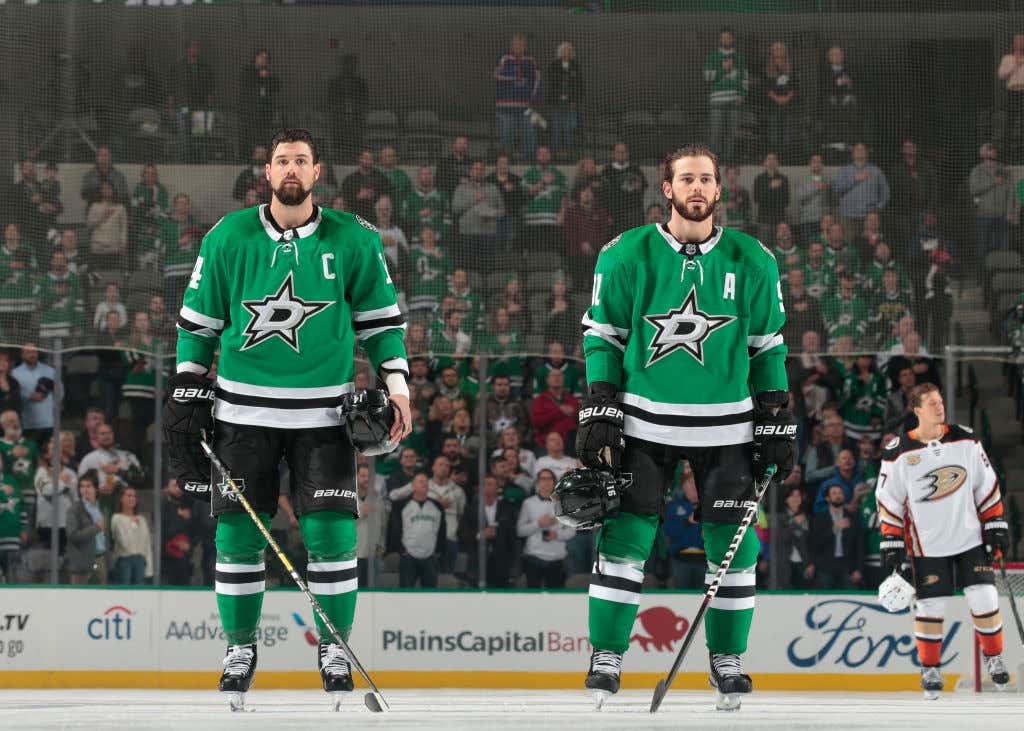 For the past few seasons there has been a decent amount of hype around the Dallas Stars. They have two superstars, a situation most teams dream of. But that didn’t stop Stars CEO Jim Lites from digging into Jamie Benn and Tyler Seguin when he met with the press earlier this week calling their play this season “fucking horse shit”.

Well, the players have responded by not only beating the Detroit Red Wings 5-1, but by responding with some comments of their own.

The players then responded with comment of their own, before they went on to beat the Detroit Red Wings 5-1.

Obviously, Benn seems a little more upset than Seguin. As they should be. Have Benn and Seguin been great this season? Nope. But is this the proper way for the Stars front office to go about it? I’d say no. I can’t remember the last time a CEO spoke out about not only one superstar, but two. The guy went to the press for this. He could of walked right down to the locker room and said the same thing to their faces.

We are also talking about a Dallas team that holds the 2nd wild card spot in the West right now. This season hasn’t been a complete failure. “We are going to sleepwalk to another 14th place from the bottom and miss the playoffs” is not what you want to hear from the Team CEO during a playoff run.

Granted, this could work. This could piss the players off just enough to light a fire under their ass. They went out and spanked the Red Wings last night. Detroit isn’t the best team in the NHL, but the Stars looked great. You can’t be too buddy-buddy with the players, you need to draw a line. But I just don’t think this way the right way to do it.

I’m just a little shocked the players hadn’t heard from Lites first. If you have a problem don’t go to the press, be a man and go say it right to the players face. Can’t imagine Seguin and Benn were too pleased when they are scrolling twitter to see their Team CEO just absolutely ripping them.

The Stars are 20-16-3 on the season and currently sit one point ahead of Vancouver for the 2nd and final Wild Card spot, but only trail Colorado by two points for the third spot in the Central. So there is really nothing stopping the Stars from getting hot and shoving it right up their CEO’s ass.

In the end, I think the CEO should of manned up and said it to the players face before going to the press. But if it lights a fire under the Stars ass then job well done to this guy.