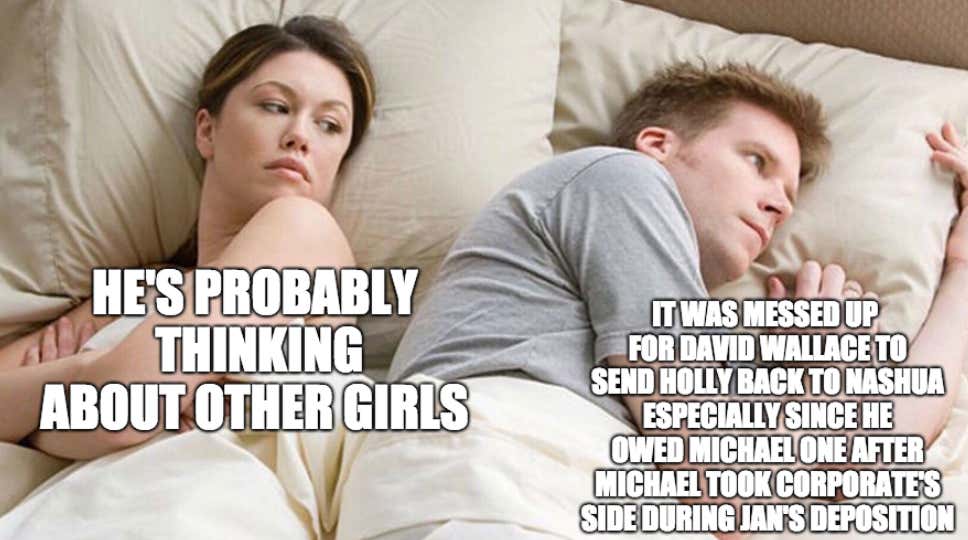 I wanted to get a meme off before the end of the year and frankly, this is all I ever think about. Michael never took a raise, Michael could have helped Jan win millions of dollars in her suit against Dunder Mifflin but he toed the company line, and what happened in return? David Wallace sent Holly back to Nashua. He owed Michael. They could have found another position for Toby elsewhere. Toby left! He left to go to Costa Rica. He didn’t deserve his job back. And there’s no reason Michael and Holly couldn’t have dated and worked together. He signed a love contract with Jan and that was all corporate needed, so now all of a sudden it’s different? And they didn’t stop Holly and AJ from dating in Nashua either. But yet David Wallace took Holly away from Michael. Pretty messed up, David. Pretty messed up.