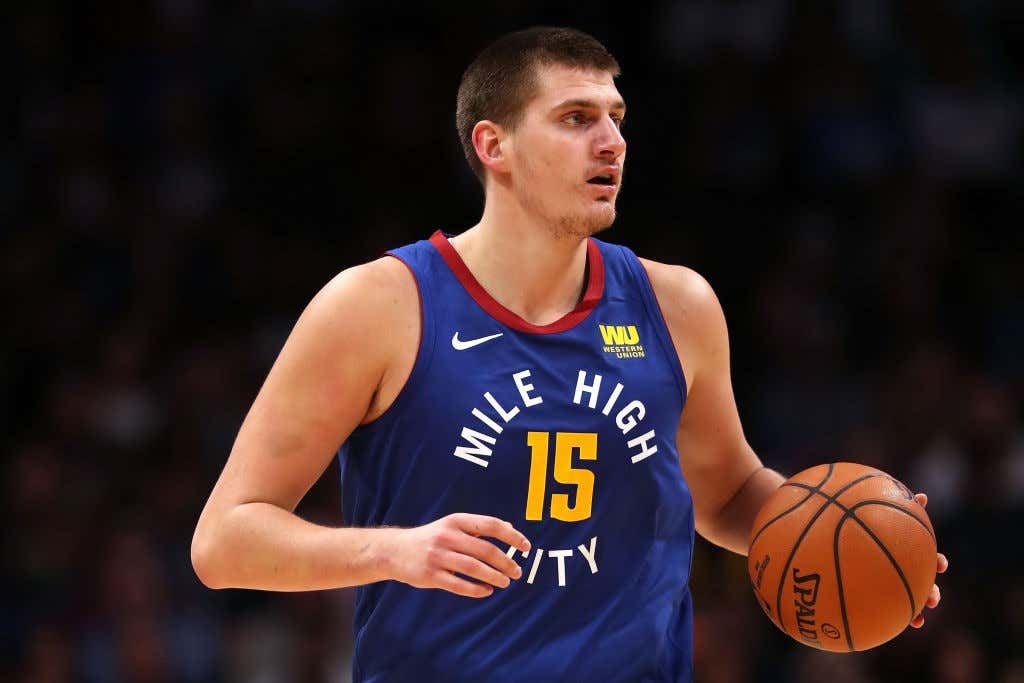 With voting officially open on Tuesday for this year’s All Star game, I figured why not look at a very early preview of how I think things might shake out. As a reminder the NBA is doing this cool new thing with Google where you can search for a player’s name and then vote for him that way, and I’m sure there will be no upset fanbase complaining about how things were hacked or rigged if their favorite player doesn’t make it. The voting will last until January 21st, and it’s broken down like this:

Of course the two leading vote getters will be the team captains and we’ll see the actual All Star Draft live this year which should be fun. Anyways in terms of starters you need to select three frontcourt players and two backcourt players and then each side will have 7 reserves. Each conference get’s 60 players to choose from to form those final 12, and the reserves don’t have to fit any sort of mold. For example last year the West reserves had 5 of the 7 be frontcourt players where the East was more even with a 4-3 split. Now of course these are just my personal choices up until this point and with so much time left before voting closes things can obviously change, but why not have a nice civil internet debate on this lazy Thursday? Here’s what I would roll with

Aside from his 23/5/6, Kyrie leads all East guards in Real Plus/Minus, Offensive RPM, 5th in Defensive RPM, 5th in scoring among PGs, 2nd in steals behind his teammate Smart, and is the only guard in the East averaging those numbers while also shooting 48/41%. Pretty clear he should be a starter.

I was tempted to go Oladpio here because he’s having a great season on a team that is currently better than CHA, but I can’t deny the special season that Kemba is having while also factoring in the reality that he’s played 9 more games so far this season. His 25/4/6 play has been great, almost at an All NBA level you could argue, and seeing as how this game is being played in Charlotte, this seems like a no brainer.

The guy is the leading candidate for MVP, I think that means he should be starting the All Star Game

Another no brainer in my opinion. Arguable the best center in the NBA, Embiid has played in 34 games already and is averaging a ridiculous 26.6/13.5/3.5 on a good Sixers team. Who are you going to start over him in this spot? Exactly.

Now this one is controversial because while Kawhi is obviously having an MVP caliber season, he’s played in just 27 games so far. I just can’t think of any other frontcourt player more deserving than the best player on the team with the best record in the NBA. He’s shown to be fully healthy this season and is a major reason why people think this Raptors team can make the finals

I debated having LaVine in there because the Bulls have been so bad, and if you wanted to swap him out for someone like Tatum or something I wouldn’t fight you. it’s just that LaVine’s numbers are too good to leave out as of now for me.

Yeah the Rockets got off to a slow start, but they’ve turned things around mostly because James Harden has been playing at a ridiculous level. Leads the league in scoring, 3rd in the West in assists, and playing at an MVP level get you a starting nod

Perhaps he shouldn’t be in this spot because he’s only played in 24 games so far, but he’s been so fucking good in those 24 games I can’t help but give it to him. 28/5/5 with 48/45% splits and 5.0 3PM a night on 10 3PA, he’s been ridiculous what more can you say. Also I think the Warriors struggling without him helped his case for me. If you want to hold his games played against him for someone else I’ll listen, but for now he gets me second spot.

Remember when there were people out there that thought LeBron would have trouble dominating a loaded Western Conference? That was funny, he’s only having one of the best seasons of his entire career and has the Lakers way ahead of what everyone thought when he first got there. No brainer city

You may not have to like him, but you have to respect what Durant has done for the Warriors this year. A nice little 29/8/6 on 50/36/92 shooting, I’d say that’s not too shabby. While the Warriors have been up and down (at least for them), this year, Durant has been one of the best players in the league all year so why shouldn’t he start/who would you start over him?

This was much harder than I thought. I have some noticeable omissions like Luka, Devin Booker, Steven Adams etc, but that just goes to show you how deep this conference is. Maybe having a King on here is a little aggressive, but they’ve been the surprise of the conference so far to me so I wanted to reward them for it. I feel like Conley might be the toss up one, not because his numbers don’t suggest he should make it, but there are flashier players available and this is an All Star game after all.

So that’s my choices as we sit here on December 27th. While I think the starters are pretty much set in stone, the real debate is around the reserves. There are a ton of deserving guys so it’ll be interesting to see how it eventually shakes out, and hopefully nobody has to pass up a spot due to injury like Love did last year. I now turn to you, are your choices all that different? Who should have made it over my selections? Let me hear it.