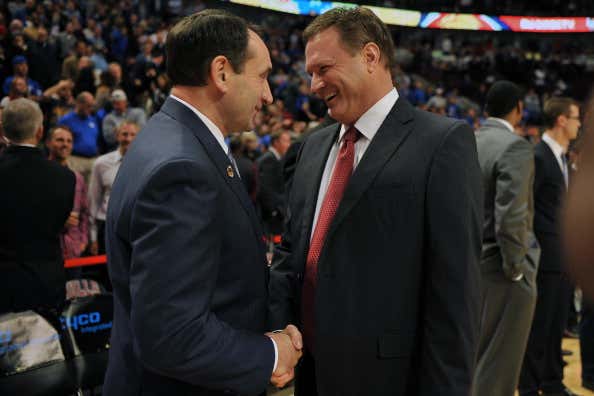 We’re officially at the 1/3 mark in the college basketball season. With teams playing a 30 game schedule and most teams playing between 11-13 games already we’re calling it the 1/3 mark of the season. As I said yesterday the slate of games this week just absolutely sucks so we’re going to go away from doing game previews until Saturday. So we’ll be doing different blogs throughout the week to make up for that. We did some review stuff, some predictions and other things. Today we’ll get into the superlatives for the first 1/3 of the season.

You can possibly make an argument for some other teams, but every metric including my eyes tell me it’s Duke. They are the clear No. 1 on KenPom and those computer models. They are fitting the mold of the best team in the country. They are top-3 in both offense and defense on KenPom. I mentioned it in the earlier blog but that top-3 defense is really what’s doing the trick for Duke this year. Everyone expected them to be good offensively. But, defensively? That’s been the struggle for Duke under K with one and dones. They had to go to a 2-3 zone last year. They needed a historic defensive run during the 2015 NCAA Tournament. This year is different. I’m giving them the nod for now.

So this is a little different. I don’t think Kansas is the best team in the country. That said, Kansas has the best resume right now. They have neutral court wins over Michigan State, Tennessee and Marquette. They have home wins over Vermont, Wofford and Villanova. The only loss is a top-40 road loss. If the NCAA Tournament started right now Kansas would probably be the 3rd overall seed with that resume.

We saw North Carolina State already have the peak and valley. Remember the 2nd half/last 10 minutes vs Wisconsin? That was hideous. Yes, it was a road game against a ranked team, but we saw them struggle offensively as they can get complacent in the halfcourt. They want to run and then if Johnson/Dorn drives get taken away it’s a lot of ISO. But, on the flipside we saw them go off against weaker competition and the home win against Auburn. This is an offense that can explode at any time and with the way the defense plays – applying pressure and wanting to force turnovers they can beat anyone in the country.

Perhaps the most ridiculous individual stat this year is that Zion Williamson has a PER in the 40s. That’s flat out outrageous. He ranks in the top-100 nationally in categories such as: ORtg, effective field goal percentage, true shooting percentage, 2pt shooting, offensive rebounding percentage, block percentage and steal percentage. He’s made Duke such a tough matchup because of his ability to handle the ball.

You could make an argument about Zion here because of his highlights but there’s no one in the country that gets as hot as Markus Howard. We saw him drop 40 in a half against Buffalo. We saw him drop 50 against Providence last year. His ability to create space with different moves and his shoulder shimmy is absolutely unreal. He’s one of the most fun players in recent memory with how he goes from 0 points to 18 in a matter of a minute or so.

There’s really no debate here – it has to be Dedric Lawson. Kansas is winning games specifically because of Lawson. He’s in the running for national player of the year and his ability to just takeover a game makes Kansas a top-7 team in the country. Bill Self has called him the most talented passer he’s coached, which is crazy in its own right. He’s currently averaging 20.6 pgg and 11.4 rpg. With Kansas continuing to rely on him until Grimes improves and Azubuike returns, he should continue to put up massive numbers.

I get asked this from time to time about who would be the best league pass teams in college hoops. We hear about it with the NBA all the time heading into the season about those teams that you just have to watch. For me it’s Nevada. They are one of the best offenses in the country. They run a fun style of uptempo and don’t turn the ball over. The games tend to be pretty clean. They have guys in the Martin twins and Jordan Caroline that can go get 20 at any time. They are scoring 83 as a team right now. They are must watch.

No real surprise here as this would be the likely answer heading into the year. But, when you consider everything Louisville went through and the losses on the roster, Mack has this team looking like a guaranteed NCAA Tournament team. They have wins over Michigan State, Seton Hall, Lipscomb and Vermont. They are a top-40 team on KenPom. They are projected to win between 18 and 20 games this year. Mack’s known for his ability to adjust in-game and we see him switching defenses and different ways to attack teams – most notably against Michigan State.

These are some of my favorite jerseys going. I love the grey color and throwback to the Duncan/Rodgers/Childress era with the shorts design. 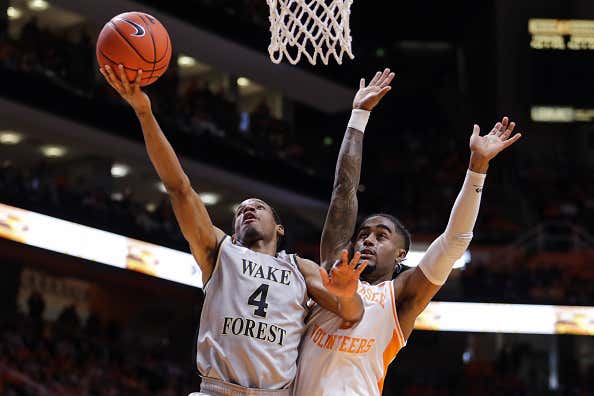 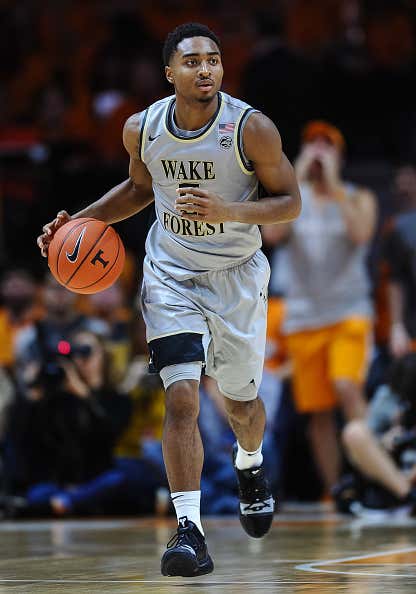 Wisconsin/Xavier has given us some great games over the last few years. But, more importantly he’s given us two ‘scrappy’ guards taunting fans. That’s something I’m quite here for. Last year JP Macura did this to the Wisconsin crowd which highly uspet golfer Steve Stricker. This year Brad Davison returned the favor as Wisconsin won at Cintas. I need a game to go to overtime with both teams gator chomping now.

There have been a bunch of ridiculous dunks so far this year with this one leading the way so far. Just an absolutely unreal dunk. Everything from the catch to landing and then the stepover. Just magnificent all the way around.

What a shot. I mean yeah, buzzer beaters are awesome, but how about a 75-footer for the win? That’s the way to do it. Especially this way. It looked way too casual as he just took a dribble and went up for it. Looked like it was just like yeah, okay, overtime is fine. We’ll win there. Oh, nope. Game over.

Now, this is veteran coaching. You get ready to tell the world that your freshman point guard played with nuts tonight? Not so fast. You catch it at nut and adjust it to big cojones. That’s how you know Ewing is going to be successful at Georgetown. Not the fact that he’s recruiting well and developing these guys, it’s coming through under pressure. You don’t go full nuts in the postgame press conference after a road win at Illinois.