This is not really part of the year-end countdown, but I thought I would break up the flow a tad with something painfully random and inappropriate, and the whole 27.5)-thing in the title seemed “splashy.”

I try to stay in my lane for the most part and write only about the most innocuous topics possible.

I wrote about this last week in my “Twitter On The Shitter” blog, that I don’t want to move the needle of the social conscience.  I just want to burn 5 or 10 minutes while you are taking a dump.

I wish I cared more about sports, but I don’t.  Instead, I let my topics drift into the inane, vacuous, fatuous, and sometimes frivolous because that is what Barstool represents (at least for me).  CNN is for hippies and minorities.  FOX is for everyone Francis went to prep-school with.  Barstool is for the great unwashed.

But today I am going to tackle a topic that has a slightly higher caliber.

Sometimes our society spends so much energy trying to figure out what gender pronoun to use, that they totally ignore the disrespect our so-called “leaders” commit against a national pillar.

We fight over LGBTQRSTUV semantics, and yet we sit idly by while one of the bastions of our society gets not only pushed to the wayside but continues to be demonized.

Well, that will happen no more.  I am going to dedicate the time you are spending in either the men’s room right now or on the train/bus/boat in about an hour to the awareness of a disservice that has gone on for far too long.

As the title states, this blog is being written in defense of cocaine. 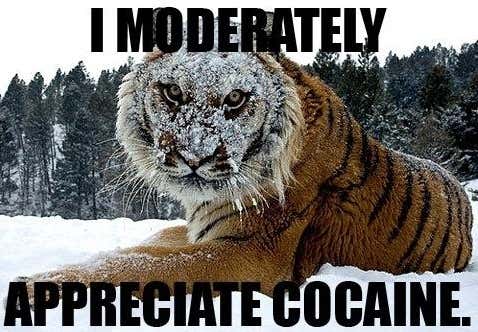 Truth be told, I don’t do (a lot of) coke.  I am overweight, love naps, and am in bed by 10 PM on most weeknights, so I am not exactly on the brochure for the drug.

But I do know that alcohol keeps me sane, and weed calms the nervous soul while cocaine makes shit happen.

Sigmund Freud would not have connected everything you hold in your hand to a penis had it not been for coke.

Robert Downey Jr would’ve peaked in Weird Science had it not been for coke.

Ike Turner would not have provided the “support” Tina needed to become a superstar had it not been for coke.

John Belushi and Whitney Houston…  Well…  They overdid it.

You think Michael Jackson would’ve written Off The Wall in the middle of the day, on a full stomach, while someone else’s kid slept comfortably upstairs in his bed with Bubbles? (allegedly).

The King of Pop needed a couple of pops at 2 AM while cuddling Corey Feldman (allegedly) in order to get those creative juices flowing…  The term “shamone” is probably the most musically incoherent phrase ever uttered by a coked-up white musician.

And don’t get me started (again) on Rick James…

As much as Hollywood has embraced the weed culture in recent times, it’s the coke culture that gives movies their teeth.

You think people give a fuck about how weed gets transported into this country?…  I know I don’t.

But break out the fucking popcorn when Tom Cruise pilots a Cessna full of bricks in American Made, or Johnny Depp brokers transport for El Patrón in Blow, or Martin Lawrence and The Fresh Prince discover they were hiding cocaine (or ecstasy) inside of cadavers in Bad Boys, or when Marky Mark had to fill a tanker with powder to pay off his brother’s debt in Contraband…  At least I think that was the plot of Contraband…  I only watched that piece of shit for a glimpse at the lovely and vivacious Kate Beckinsale.

HERE’S A WELL KNOWN FACT: Did know that Pablo Escobar spent $2,000 a month on rubber bands?

Yeah… You probably did.

And do you know why you knew that?… Cocaine… That’s why.

I love Escobar facts, so for those who are neither Latino nor a fan of Narcos:

1. In the mid-1980s, Escobar’s cartel brought in an estimated $420 million a week, which totals almost $22 billion a year.
2. Escobar made the Forbes’ list of international billionaires for seven years straight, from 1987 until 1993.  In 1989, he was listed as the seventh-richest man in the world.
3. By the end of the 1980s, he supplied 80% of the world’s cocaine.
4. He smuggled about 15 tons of cocaine into the US every day.
5. Out of all Americans doing cocaine in the early 90s, four out of five were snorting lines supplied by El Padrino…  FOUR OUT OF FIVE!
6. The “King of Cocaine” also factored in a $2.1 billion LOSS in profits each month, but that didn’t really matter.  Pablo was earning so much that each year he would write off 10% of the money because the rats would eat it in storage or it would be damaged by water.
7. Once he started a fire with $2 million in US currency because his family was living in a hideout in the Medellín mountainside when Escobar’s daughter, Manuela, became hypothermic.
8. He was nicknamed “Robin Hood” after handing out cash to the poor, building housing for the homeless, constructing 70 community soccer fields, and building a zoo…  A fucking zoo!
9. Here’s more on the zoo because I like zoos, Rock- Escobar’s zoo was home to some 200 animals, including elephants, ostriches, zebras, camels, and giraffes.  Many of the creatures were smuggled into the country aboard Escobar’s drug planes.  After his death in 1993, most of the animals were transferred.  However, four hippopotamuses (hippopotami?) were left behind.  They soon multiplied, and by 2016 upwards of 60 lived in the area.  They have attacked and killed dozens of locals, damaged farms and inspired so much fear in villagers, that authorities began castrating male hippos in an effort to control the population.

Now give me 8 interesting facts about the biggest weed producer in history, and I bet not one has mention of killer hippos.

I get the whole weed thing.  Smoking pot is fun, and all.  But where’s the fucking danger?

Would you rather hang out with Seth Rogen and his ilk?…  Maybe wind up in a pizza parlor at 1 AM?

Or, would you rather hang with this sick sonofabitch, and maybe fire off his little friend?

“Is Die Hard a Christmas movie?”…  Who the fuck cares?

All I know is if I am stuck in the Nakatomi Building waiting on Hans…  Bubby…  to make his next move, then I am taking turns in the pocket with this guy right here.

So hit your bong, or rip a fat vape cloud whenever the fuck you please…  Just tell me who’s got the bag, point me towards the restroom, and then watch as my jaw grinds 2×4’s into matchsticks ’til 5 AM. 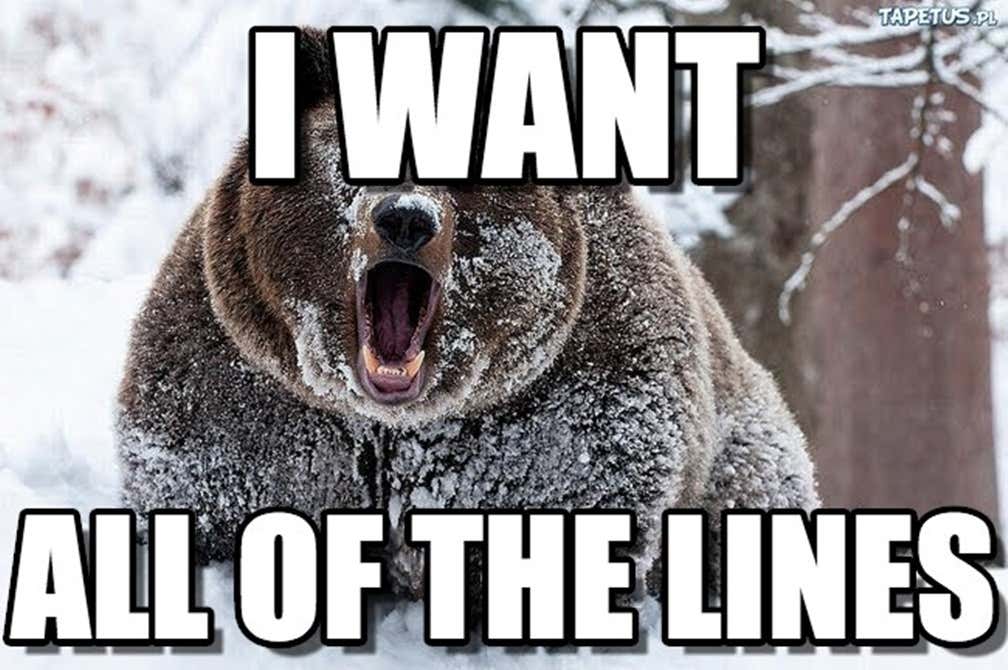 Enjoy the rest of the (real) countdown.