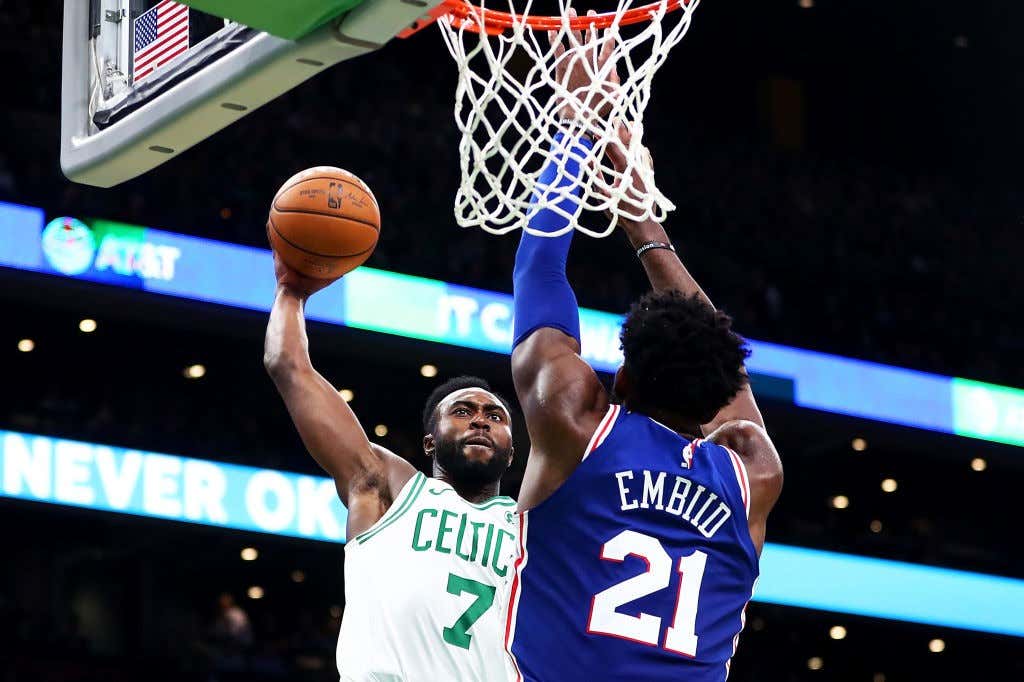 Good morning everybody and Merry Christmas. I hope those that are celebrating are having a nice time and got everything you wanted, and for my fellow Jews I hope your Chinese food later today is delicious. I am already salivating in anticipation of ordering way too much. Lo mein, dumplings, beef and brocoli, kung pow chicken, the whole works. Imagine having to eat like ham or something today? Couldn’t be me. Anyways, today is a marquee day on the NBA calendar with 5 games in total, essentially carrying you from lunch until it’s time to go to sleep. So I figured now that you’re probably done unwrapping presents and being with your family, let’s take a look at what’s in store for today’s entertainment. As we know you always bet the under on Christmas, but there are some pretty good matchups that could have some legit future implications.

If the NBA is going to make us watch the Knicks to start, they may as well be giving us Giannis too. This will mark the 53rd time the Knicks are playing on Christmas which is the most of any team in the league to the tune of a 22-30 record. They lost last year to the Sixers and I’m not sure this year’s opponent will be all that much easier. The Bucks are coming off their disappointing loss to the Heat on a B2B, and you know Giannis is ready to show out with everyone watching. The Knicks have shown the ability to play good teams tough at times this season, and playing in MSG should help, but given that this is the early game I imagine scoring will be tough and to beat Giannis and the high powered offense of the Bucks you need a lot of it. Unfortunately it feels like we’re starting our day off with a blowout.

Now this is more like it. Not only do these two teams hate each other, but they have the star power we crave. Or at least they did before Chris Paul got hurt. The facts are there are few teams playing as well as OKC right now, Paul George is playing on an MVP level right now and you combine that with a healthy Russell Westbrook and this should be a much better game. The Rockets, despite their struggles are 10-5 at home and are getting MVP quality play from their own guy in James Harden. The Thunder blew the Rockets out by 18 points in their first meeting back in early November, but the Rockets are playing much better right now, winners of 6 of their last 7.

It’ll be interesting to see how their high powered offense does against one of the best defenses in the entire league, and I think that’s why this line is so close. As dominant as OKC has been since their slow start they are just 9-7 on the road so they are a little vulnerable. I’m interested to see if George makes a statement on his MVP quest with a game like this, and anytime you get HOU/OKC together tempers usually flare so I’m excited.

Ahhhh yes, one of the more anticipated matchups in the entire day. It’s crazy these two haven’t played since Opening Night and both are very different teams since then. On one side, you have Sixers fans who secretly don’t want to admit how important this game is, that basically they need this win to convince themselves that The Process is working, and then on the other side you have Celtics fans that are pretending to not be even a little nervous about the Sixers because of how up and down the Celtics have looked, and what a bad look it would be to drop this game at home. It’s true that the Celtics have owned the Sixers in every way possible for years now, but this is a different team. Jimmy Butler makes a difference, and the Celtics being somewhat healthy makes a difference, so it’s time to see how these two look against each other.

I have no doubt that whoever wins will gloat, whoever loses will say “eh it’s just the regular season it doesn’t matter”, and I’m sure there will be some 41-33 references sprinkled in there along the way.

You know the NBA couldn’t not have LeBron be a part of today, and in terms of matchups this one is right up there. The Warriors, back to full strength and winners of 4 of their last 5 are seeing LeBron and the Lakers for the first time this season. On paper the talent is pretty different, but you get LeBron on this day, a player that has the 3rd most points on Christmas in NBA history, you know things will be close at least for a while before the Warriors start trying. The Lakers have lost 3 of their last 4 and have just a 1.0 game lead over the 7 spot, so this is a big game for them if they want to stay in that top 4 in the West.

I don’t expect much defense in this one, I expect a shit ton of GS threes, and then LeBron will probably get some calls late to keep it close and give us the drama the league wants.

This was one of those games the league probably scheduled thinking it would be a great matchup on Christmas given the seasons both teams had last year, but it’s not as juicy this year. The Jazz kinda stink, and while POR will be looking for revenge after Utah beat them by 30 just a few days ago, it’s fair to say that both teams have taken a slight step back. There is star power with Dame/Donovan Mitchell, but I feel like the league could have done better with the last game of the night. The Jazz are just 6-7 at home and basically can’t score while the Blazers once again overly rely on two guys and don’t really play defense. If the Jazz can’t score against a team giving up 111 points a night I dunno what to tell ya.

In terms of seeding the Blazers will definitely be watching the Laker game and if they lose and POR pulls it out, they’ll leapfrog LeBron for that four spot, so that’ll be something to keep an eye on.

So no matter who you’re rooting for today, I hope you enjoy all the action, win a bunch of money and have yourself a great Christmas. Sure these matchups aren’t perfect but there’s enough meat on the bone for even a casual NBA fan to enjoy. Now if we could just get to tipoff already that would be ideal.