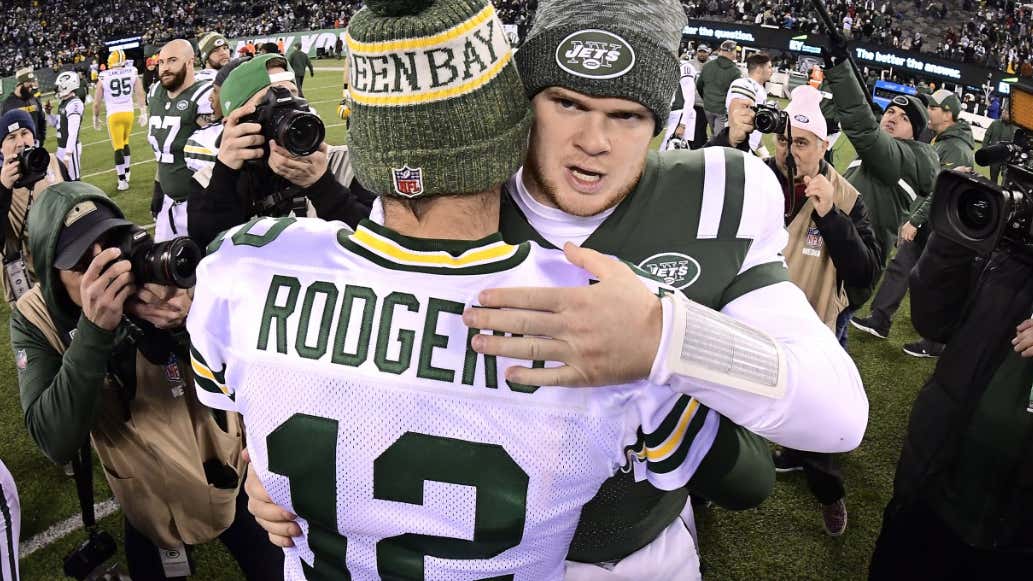 I really couldn’t be happier with how things went yesterday. I don’t know if that’s a hot take at this point but it needs to be said. Sam Darnold was once again fucking awesome. My grandma was raving about his poise and the fact that he hardly celebrates after making huge plays. Robby Anderson looks like he finally figured out how to run intermediate routes successfully and it’s helped the offense tremendously. Eli McGuire continues to lockdown a roster spot in 2019, and also Chris Herndon seems to be pretty damn good too. I won’t talk much about the offensive line because it’s almost Christmas (the day Jesus was born), though even they didn’t stink too much.

Take all of those good things and then think about this; We still lost, and Todd Bowles once again looked incompetent. More good things. Yeah, our defense shit the bed and it’s disappointing because we’ve invested draft picks and $$ in a lot of these guys so we want them to play well, but it’s hard to do things effectively on defense when the guy making the calls is about as useful as tits on a bullfrog.

I no longer have ANY confidence in Todd Bowles ability to put together a quality defensive game plan. For years, we defended him by saying that he doesn’t have a pass rush, but that doesn’t stand true anymore. Guys are getting to the quarterback and the defense still consistently looks like they’ve been practicing all week for the wrong quarterback. That’s on the coaching folks. Shit rolls downhill. Take a physics class for once.

So to recap, Sam Darnold and the young talent around him on offense are rolling and seem to be building chemistry, we’re looking pretty damn good for a top 4 maybe top 3 draft pick (which we should absolutely use is leverage to trade back and stock up on picks we lost in the Darnold deal but I’ll talk more about that another time), and Todd Bowles is still a shitty coach who should absolutely be fired as soon as the season is over.

To sum it up, things went really well yesterday. I did some GIFs too, so let’s take a look at those now.

I Love Chris Herndon And I Don’t Care Who Knows

That was the play of the day. I’d like that to be on record. Chris Herndon started the season as a guy with a ton of potential who looked like he might be having a hard time adjusting to the speed and complexity of the professional game. As I’m writing this today, he looks like a guy who is gonna be scoring TDs for the Jets for a long time. His athleticism and route running, combined with some sneaky blocking ability, has really come on of late and been nothing short of impressive. I am happy about Chris Herndon. That’s just a fact.

Although I never lost faith in Herndon because his skillset is just too clear, it took awhile for us to get here. One of the biggest reasons for that is since he’s been fully healthy, him and Darnold really seem to be on the same page. Same goes for Robby Anderson (more on that soon too), but Herndon came up huge for Darnold on the last drive of regulation when the Jets needed a few more chunks to get into FG range.

If Herndon and Darnold can keep this chemistry going into next season, both of them having a full offseason of workouts under their belts, it could be a really special connection for years to come.

Robby Anderson Is Taking Major Strides At Balancing Out His Game, And The Entire Offense Is Benefitting

It looks like Robby Anderson is finally figuring out how to run effective intermediate routes, folks. If you’re a cornerback, I wouldn’t get too nervous just yet, but maybe make a mental note. If you’ve been watching the games you’ve undoubtedly noticed how much more consistently involved he’s been, as opposed to the standard of flashing for a big play or near-miss 3-4 times a game that we’ve come to know for 2 seasons.

Just like with Chris Herndon, the chemistry him and Darnold have been showing is hard to miss, and for Robby Anderson it definitely helps his chances of staying in green and white moving forward. He’s definitely not a true #1, but if the progress he’s shown late in this season can carry over, he’s definitely worth keeping around. We already know how dangerous he can be down the field, and now that he’s getting involved closer to the first down markers his potential might be even higher than we thought.

Here’s a few of those out/comeback routes…

And then here’s his touchdown in the 2nd quarter…

It was pretty simple for Robby and even Darnold, but it’s worth noting how perfectly Jeremy Bates drew this one up, starting with the Trenton Cannon motion out wide, which sets up the fake screen to hold one corner and pull Robby Anderson’s man off him completely. When a play works that perfectly, it’s borderline pornographic.

At this point it’s just becoming silly how good Andre Roberts has been on this team, because I know when we actually have a consistently good offense and defense he’ll go back to being a league average returner, if we keep him around long enough for that to happen.

For now, all we can do is sit back and enjoy it next weekend and then see what happens. I don’t even care enough to look up his contract because like I said, if he’s with us again next year there’s no chance he’ll be this good again. I can only be positive about so much shit during a season like this, and Andre Roberts ever repeating this season again missed the cut. Don’t ask me to apologize about it either.

All in all, I guess we can relish in the fact that the last few weeks have been fun again. That’s what happens when you have a young, talented QB who can make average players better, even at 21 years old. We have shit to be excited about headed into the offseason as the year winds down. I don’t know what’s gonna happen with coaches or the GM or free agents, but I do know it’s gonna be a fucking wild ride. Like any Jets offseason, we’ll have ups and downs, lots of arguing on Twitter about draft picks and free agents and coaches, and ultimately not much will probably change. Maybe it will though, who really knows. I’m just happy we made it, and Sam Darnold might actually be really good. With one more week in the regular season, let’s just leave it at that.

Merry Christmas, to all the poor, poor souls who are still standing. We’re saying it again. Happy Hannukah too though. I know it was a few weeks ago but better late than never.

Stay tuned for more New York Jets content as the season winds down and we get to relax and recover mentally until all of this craziness and depressions starts back up again. I swear it’ll be even more fun next year.