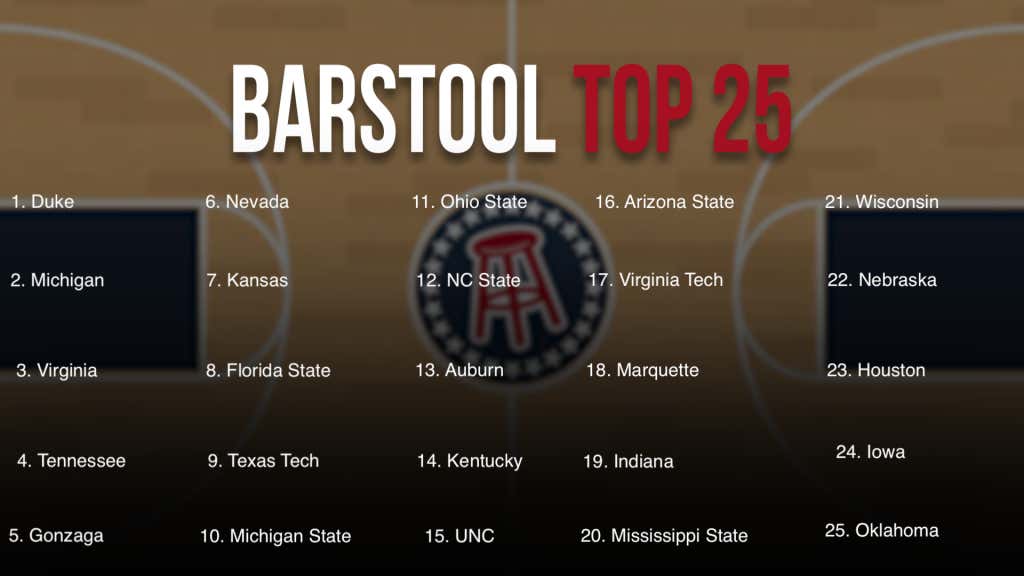 So every Monday I’ll be putting these together. But, what I want to do each week, besides rack up hopeful pageviews by people getting mad about where their team is, is address some of the biggest questions of the previous week. Now, the way I plan on doing these rankings is a combo of looking forward and looking behind. So take some of the results that we’ve seen, but also try to predict who will be the best teams going forward.

Yeah, I know today isn’t Monday, but I figured I’d get this up now since it’s Christmas Eve. Plus, today is Festivus so let’s bring out all the anger. We’re just about done the weird weeks in the sense of one game and holiday schedule and finals, so we should start getting back into a rhythm for these teams.

I decided now that we’re about to enter the new year to really look at the teams and evaluate based on the eye test plus resume. So that’s where you see some movement from a team like Virginia Tech falling to 12. Yeah, they didn’t lose but they played just 1 top-250 team in the month of December. So that’s where I give the benefit to a team like Kentucky beating UNC and UNC having its resume, etc. It’s trying to use a combo here to figure out the weekly top-25 rankings.

It’s also why I’m keeping Texas Tech in the top-10 and even moved them up a spot despite the loss to Duke. The Red Raiders were the better team for the majority of that game. Talent wont out, but Texas Tech looks the part of a top-10 team this year. Plus, who else are you going to move into there? Michigan State is one I’d listen to. Florida State too – which is where I have them. People are sleeping on the Seminoles mostly because they don’t play the most exciting brand of basketball, they are a ‘football’ school and they don’t really have that big name star. What they do have though is wins over Florida, Purdue, LSU, UConn and St. Louis. Those are all top-100 wins right now. They are also getting better with the addition of Phil Cofer, who is returning from injury.

One team to keep an eye on as we move to conference play? Indiana. They are floating around that top-20 right now, but I’m not going to be surprised if they are in the top-10 at some point this year. I’ve talked about them briefly before, but that combo of Romeo Langford and Juwan Morgan is just so good. It’s such a benefit for Indiana to have two of the top-5/7 players in the conference on the floor at the same time. They are also getting that steady guard play from Rob Phinisee and guys like Al Durham are filling a role. They have a handful of good wins over Marquette, Penn State, Butler, Louisville and Northwestern but they’ll have their chance for the signature win on Jan. 4 vs Michigan.

No Top-25 Games Scheduled This Week