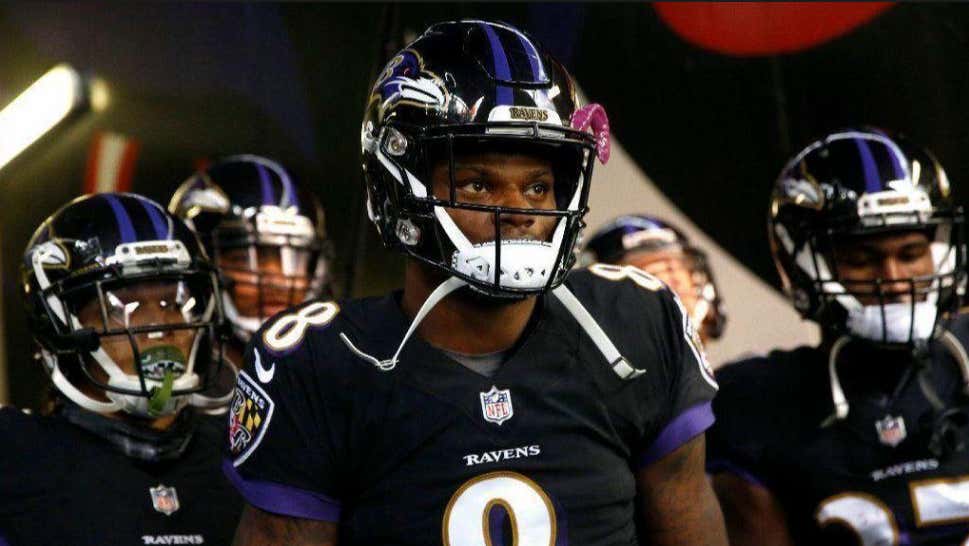 This is it Lamar. Don’t be scared now.

Biggest game of the year for the Ravens is tonight. All the odds are stacked against us. The Chargers are the hottest team in the NFL right now and are coming off a monster win 10 days ago in Kansas City. We’re coming off an unimpressive win at home against the lowly Buccaneers just 6 days ago. West coast OO game blah blah blah.

All of these are reasons why the Ravens should probably lose tonight’s game, but they can’t really afford not to. Just about any probability system that’s out there has the Ravens’ playoff odds at 10% if they lose and 90% if they win. Very much a make or break situation at hand.

They’ve squandered too many opportunities this year and have put themselves in this situation. Now it’s their job to get themselves out of it. Surprisingly we’re not going into this game thinking it’s Harbaugh’s job on the line and maybe that’s the point. But regardless. A 2018 season hangs in the balance for a team that may have the league’s best defense.

hey’re gonna need that defense to step up in a big way tonight. They really gotta dominate the way they did down in Atlanta a few weeks ago. On top of that, they really gotta force a takeaway or two to make a difference. I highly doubt Lamar is going to be able to go out there and win this game on the offensive side of the ball. We just need him to keep doing what he’s been doing and run the living hell out of the football. And he’s gotta protect the rock. Really hard to see us winning this game if he gives the ball away even once.

Do or die time. We’ve been here plenty of times before and recently it rarely seems to go our way. Let’s change that narrative tonight. Go out and take it. Let’s fucking go.