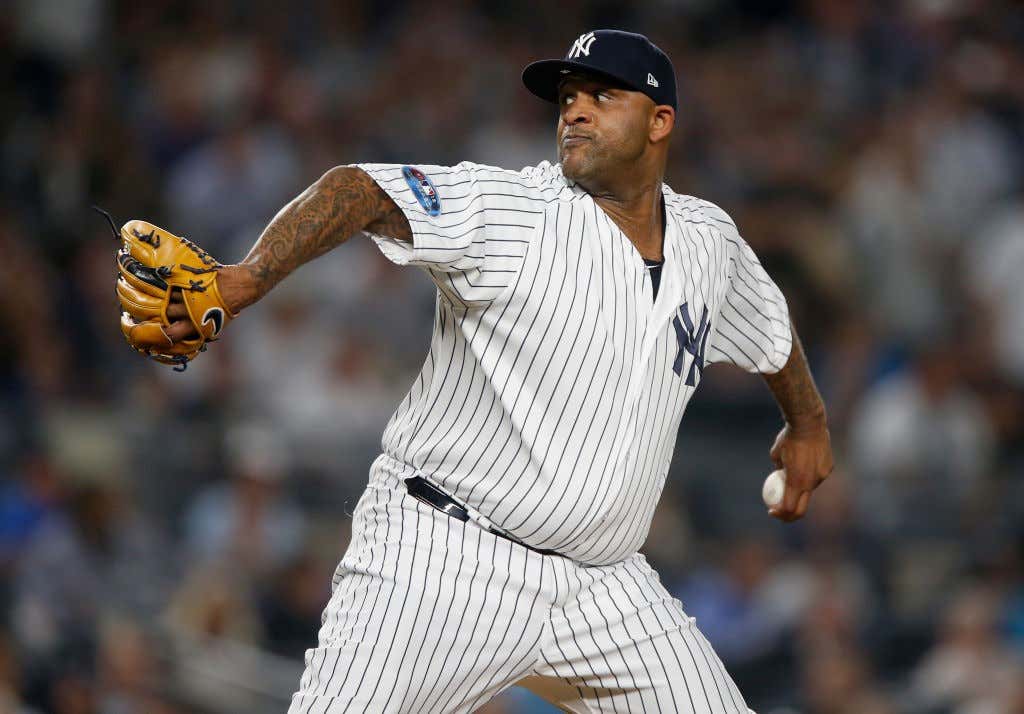 Sabathia, 38, decided to get checked out. Yet, even after he struggled through a stress test, he could not have imagined the news he was about to receive. He had a blockage in one of the arteries leading to his heart, and within days required a procedure in which doctors would insert a stent to open the artery. The procedure, known as an angioplasty, is not uncommon — more than a half million Americans undergo one each year, according to a New York Times article from 2013.

Scary, scary shit right here with CC Sabathia. A little less than two weeks ago CC was ready to go to London with Jackie Bradley Jr. to promote their two game set across the pond next year. He started sweating more and more than he usually does as he exercised and thankfully got it checked out. Turns out he had a blockage in one of his arteries leading to his heart and had to get a stent put in. I mean, Jesus Christ. Imagine of all the things to happen this offseason CC just had a heart attack and died? Thank God he seems to be good now and on track to arrive on time to Spring Training. I’m sure the comment section will be filed with fat jokes and Captain Crunch jabs which is expected, but I’m glad the big fella is okay. We need him as the 5th wheel to this rotation and more importantly to be a leader in the clubhouse in 2019.