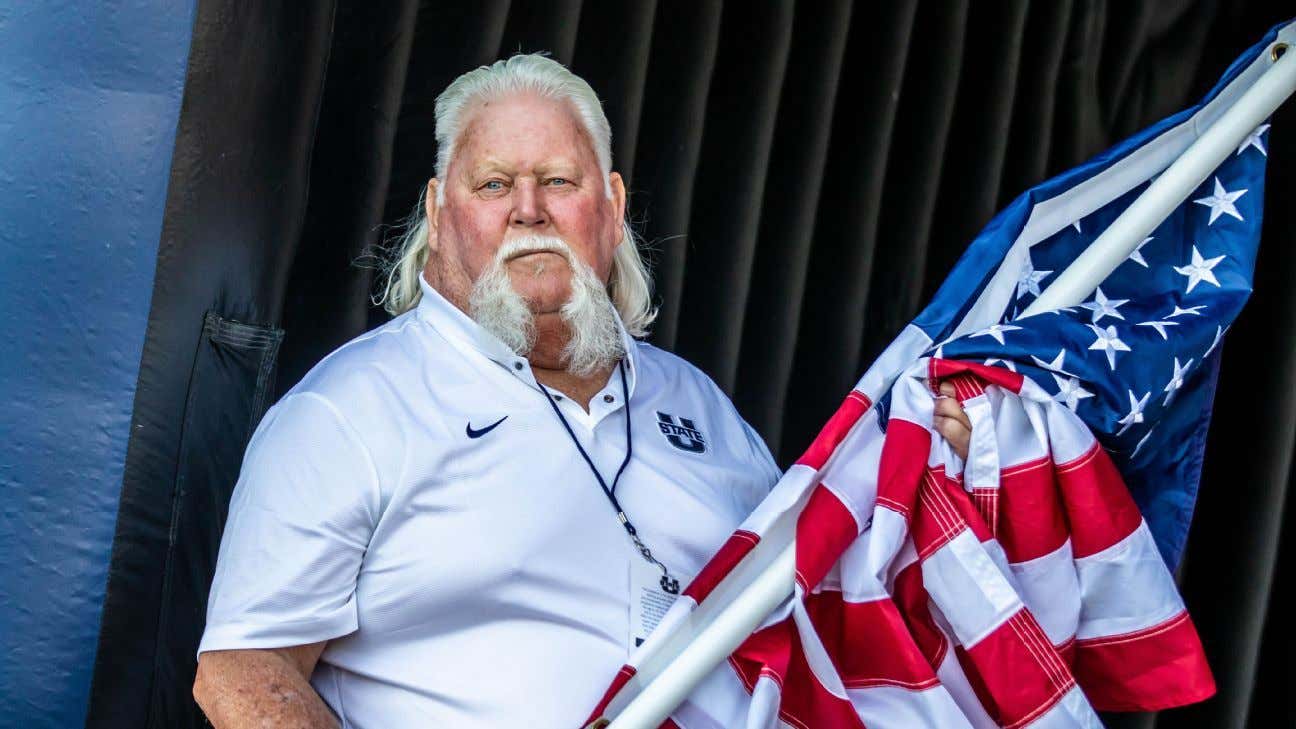 Sad news out of Utah State:

Steve “Night Runner” Wiley is a legend. He pulled the ultimate Football Guy move. Retire and then die. Nothing else to live for now that your duty is complete. 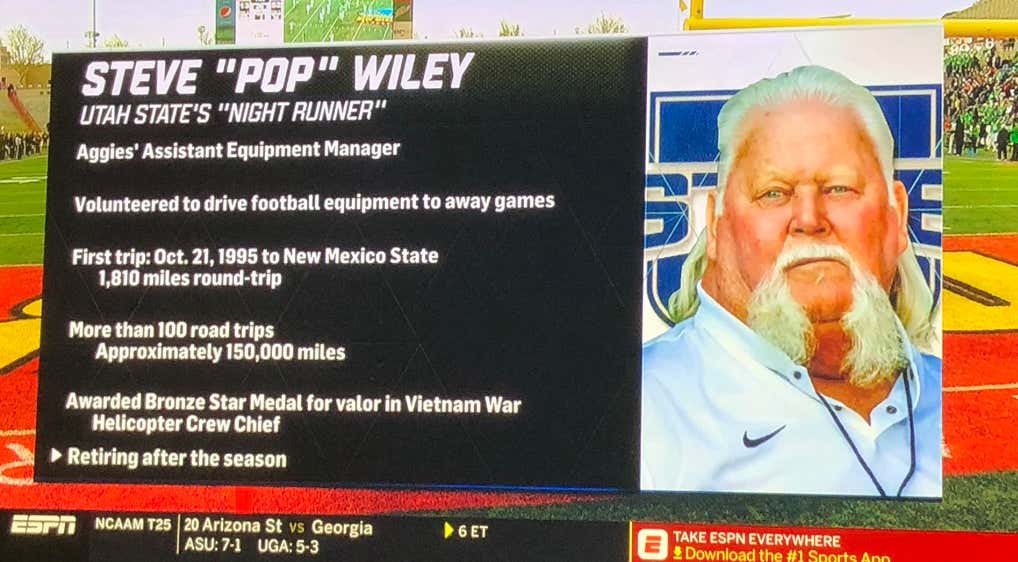 An absolute legend. Served in Vietnam. Served as the assistant equipment manager at Utah State for 23 years. Look at that hair and fu manchu: 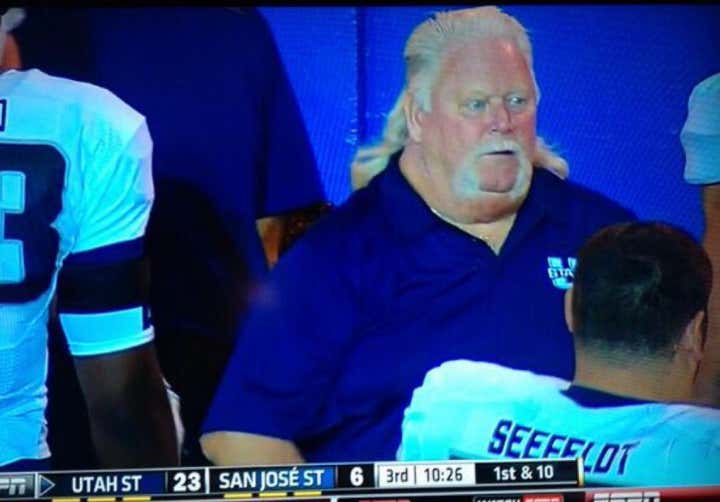 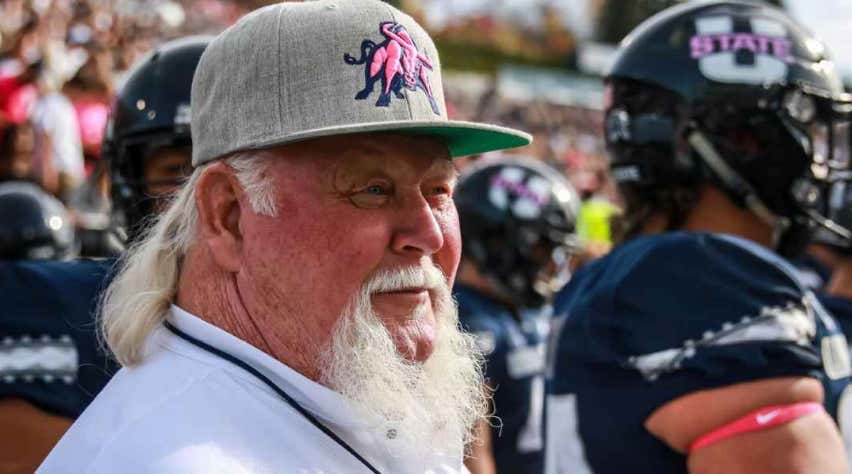 SOURCE-Until last month, Wiley hadn’t missed a Utah State game since 1995, and even then it took a near-death experience to keep him away. For the first 19 years of that streak, he went so far above and beyond the level of even the most die-hard of fans that it’s easy to classify him as one of the most devoted supporters of any program, at any level, in college football history.

“I was private,” Wiley said. “I was never actually employed by the school to drive, so I had my own rules.”

American through and through.

Listen to this story:

On a trip to play at Nebraska in 2002, the truck broke down Friday morning about 130 miles west of Lincoln. They spent all day at a dealership trying to get an ignition issue fixed, but it still wasn’t ready to go at the end of business hours. The mechanics on duty, Wiley says, were anxious to get off work to go to a local strip club and weren’t exactly concerned about what would happen if the Utah State gear didn’t get to Memorial Stadium the next day. They had already missed Friday’s walk-through, but that was only a relatively minor inconvenience.

“I asked Brian how much cash he had on him. Between the two of us, we had about $300,” Wiley said. “So I took that cash and laid it down in front of them and said, ‘You’re fixing the truck tonight.'”

They did. The Utah State gear was there in plenty of time for the game, and no one was the wiser.