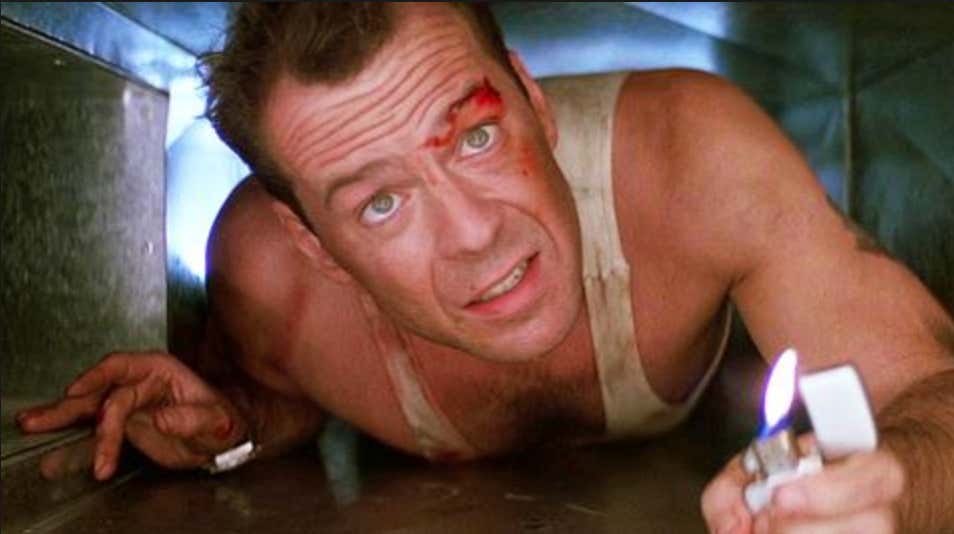 Ya, ya, ya I know that the new trailer was released and the dubbed it the “greatest Christmas story ever told”.

I’d like to start off by saying that I love Die Hard. I love all of them. Even the shittiest one they released in 2013. Die Hard is my dad’s favorite franchise, so I watched them all the time growing up…. except during Christmas.

Why? Because it’s not a fucking Christmas movie. It’s SET at Christmas. Completely different. It could literally take place at any other time of the year. Put in a new sound track and it still makes complete sense. Does Christmas make the office party more plausible? Yes. Does the Christmas angle help the plot? Sure. But does it HAVE to be at Christmas. Absolutely not.

Here’s my #1 criteria for a Christmas movie: I wouldn’t watch it at another time of the year. I have to wait until after Thanksgiving to watch Christmas movies. You won’t see me firing up Christmas Vacation (GOAT, by the way) in June. You won’t see me watching Home Alone 1 and 2 back to back in April. Die Hard? Year round calendar watch. It’s a thriller. It’s an action movie. It gets the people going.

Also, call me crazy (which I absolutely am), but my go-to Christmas movies don’t usually involve killing people. Even the bad guys. Important note: my all-time favorite movies are Inglorious Basterds and The Departed. I get up for killing bad people. But not during Christmas.

I want to sit back and watch Will Ferrell’s grown ass dressed as an elf running around NYC “not trying” to see Zooey Deschanel in the shower. Innocent stuff. That’s what Christmas is about (and getting ridiculously hammered when your family is fighting about politics). I want to feel whatever feel-good-joy is left in my Barstool crushed soul.

Finally, here’s the nail in the coffin for you people who still aren’t with me. John McClane himself said it’s not a Christmas movie during his Comedy Central Roast this year.

“In case your ears are fucked” (- Ari Gold)…. “Die Hard is not a Christmas movie, it’s a goddamn Bruce Willis movie.” – John McClane.

Can’t settle the debate more than that, folks.