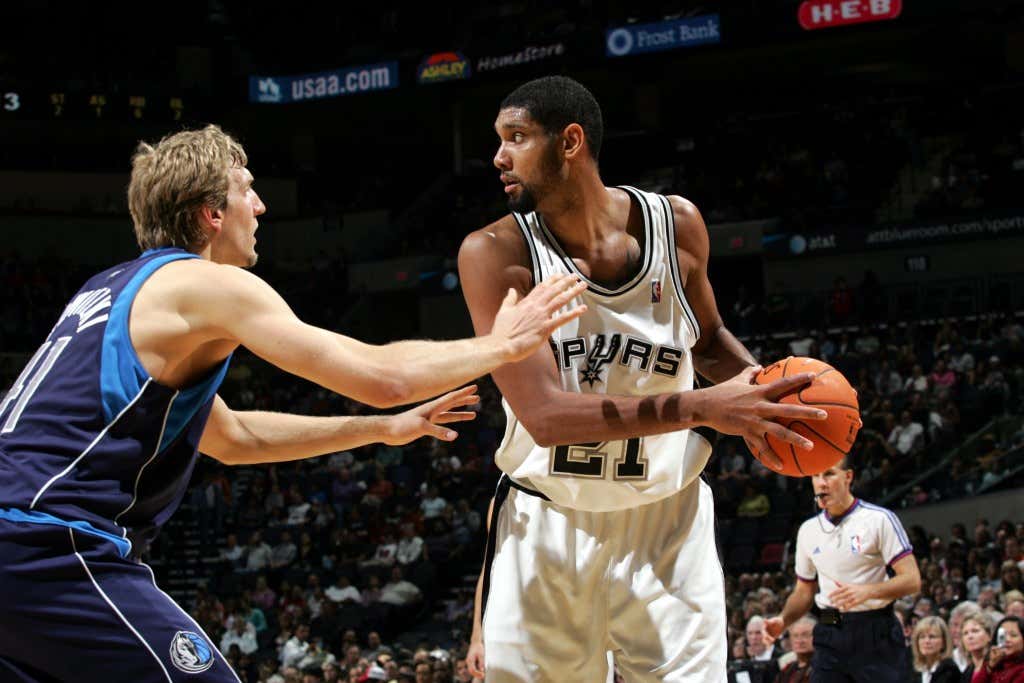 Alright it’s that time of day that we all look forward to, time to kill the last handful of minutes of work before you hopefully have a long weekend for Christmas break. It’s been a brutal week in the cubes I’m sure, so why not take a load off and watch one of the best one on one battles in playoff history. You guys remember this Game 7 back in 2006? Mavs against Spurs, Dirk looking for his first ring going up against the God that is Tim Duncan, this shit was back when we didn’t really know who was going to be making the Finals and it was one of the best battles in recent memory.

Dirk busted out a nice 37/25 only to have Duncan respond with 41/15/6. Two of the all time best doing battle like this will make it move every single time for anyone that loves and appreciates NBA history. As we know Dallas won this game and then ultimately fell short against the Heat in the Finals (which is a whole different discussion), and at the time we had no idea if Dirk would ever make it back. Watching him go on this sort of run only to not win the title was tough for Mavs fans I’m sure.

But he did get his title, Duncan got a few more as well and they’ll both be forever remembered as absolute legends. So go ahead, hit play and enjoy this near 10 minute video of this great head to head matchup and next thing you know it’ll be quittin time.

For those of you who didn’t have the option of not working tomorrow, don’t worry I’ll see you in the afternoon to help you get through what will for sure be one of the most brutal days of the year.