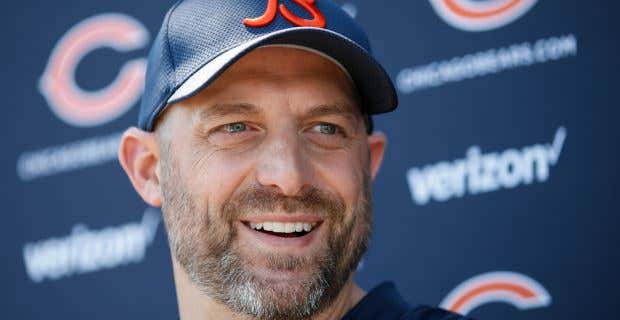 So two weeks ago the Bears killed the national media narrative that they “haven’t and can’t beat anyone good”.  They completely shut down the Los Angeles Rams and Jared Goff, but may have also killed that little millennial bitch Sean McVay in the process. 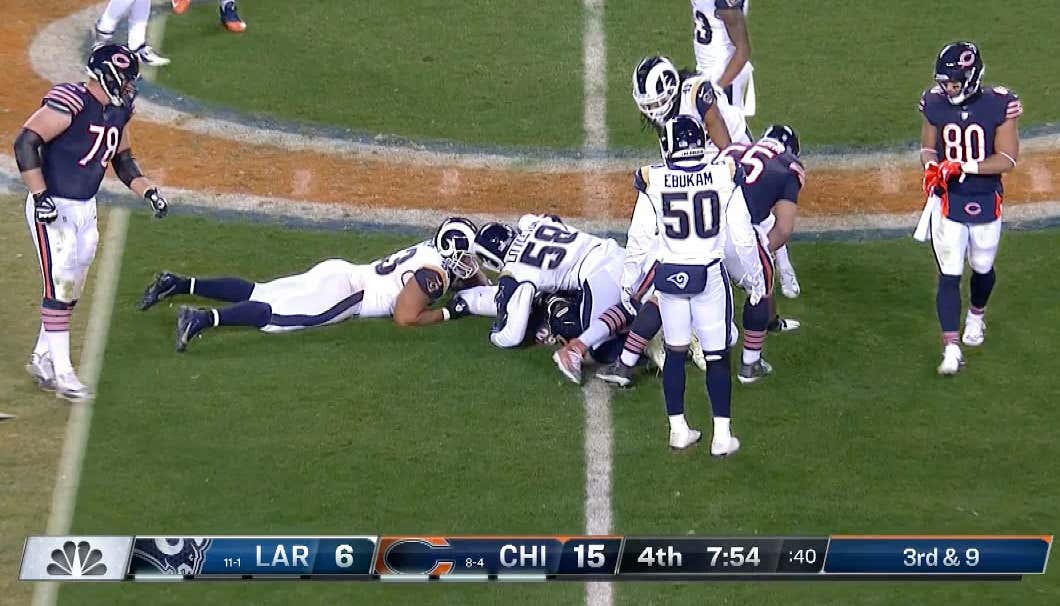 Play #2 – Clock is running, and Braunecker false starts INTENTIONALLY with 2 seconds left on the play clock, 7:16 left in the game 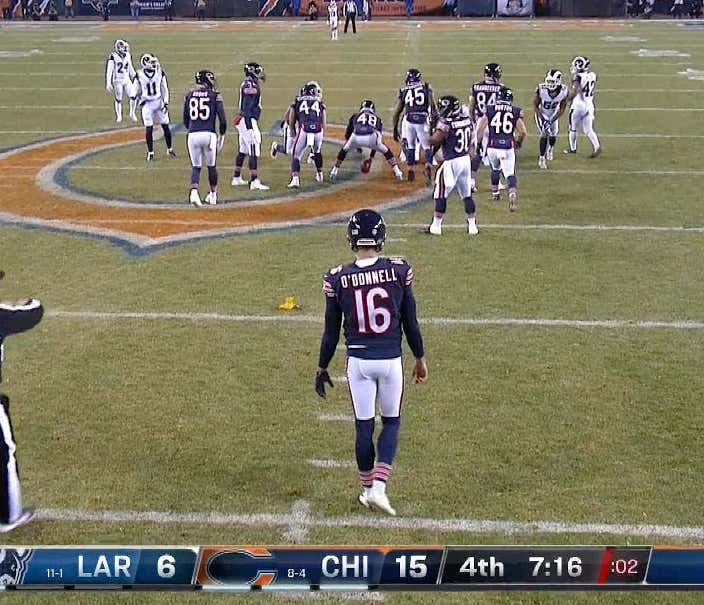 *** important note*** Outside of 5 minutes left in game, the clock will continue to run when the ball is set after a penalty, while the play clock resets to 25 seconds

Play#3 – Chicago punts the ball with 1 second left on play clock, essentially bleeding 1 minute, 45 seconds of game clock over the last 2 plays. Rams fair catch at the 17ish yard line.  This is all while Collinsworth is basically saying the 3 and 9 draw play was a stupid call. 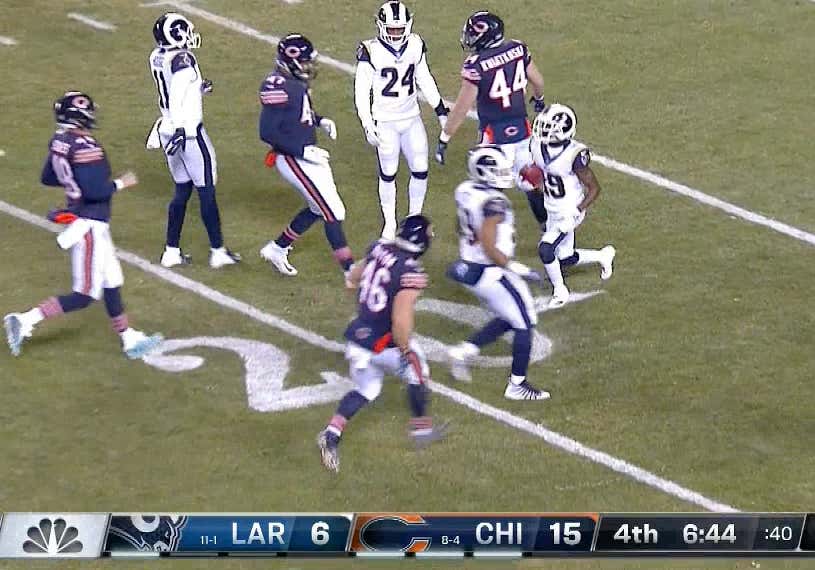 Smart, right?  Play it safe, bleed as much clock as possible, put the game in your stacked defenses hands.  A+ coaching job by Coach Nagy right here.

This is where Coach Nagy has Sean McVay on complete and total tilt.  Doug Pederson and Matt Nagy are both Andy Reid coaching disciples, so McVay assumes they have the same tendencies, strategies, and tricks up their sleeves.  I have it under the best authority possible that Matt Nagy is 1000x the coach Doug Pederson is, which is apparent after the next series of events.

Play #1 – Eagles run the ball on 3rd down up 2 scores, with 6:30 left in the game. They don’t pick up the 1st down and in the meantime are guilty of a holding penalty.  The Rams decline penalty so the Eagles will be forced to punt. 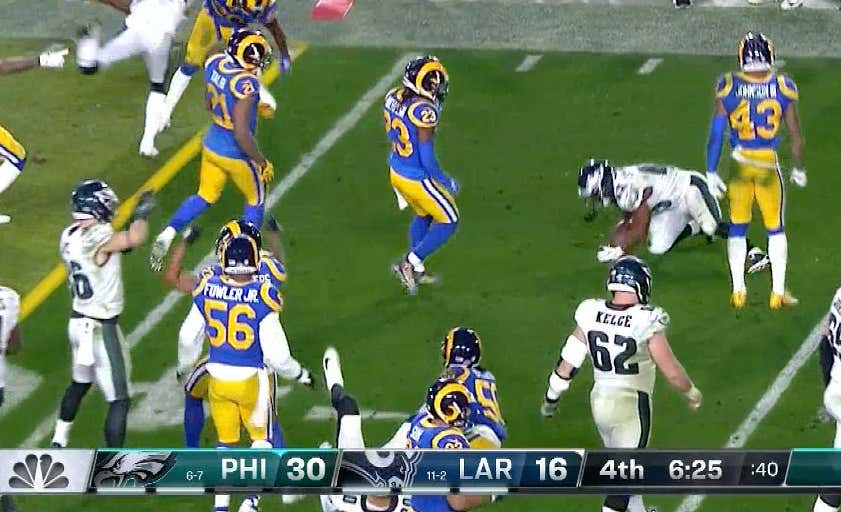 Does this sound familiar?  It’s literally the exact same scenario McVay found himself in a week earlier against the Bears.

Play #2 – Once again, because penalty occurred outside of 5 Minute mark the clock will continue to run.  At this Point Sean McVay clearly has Matt Nagy scaries from the week before and decides to call timeout, their first of the half, with 6:25 left: 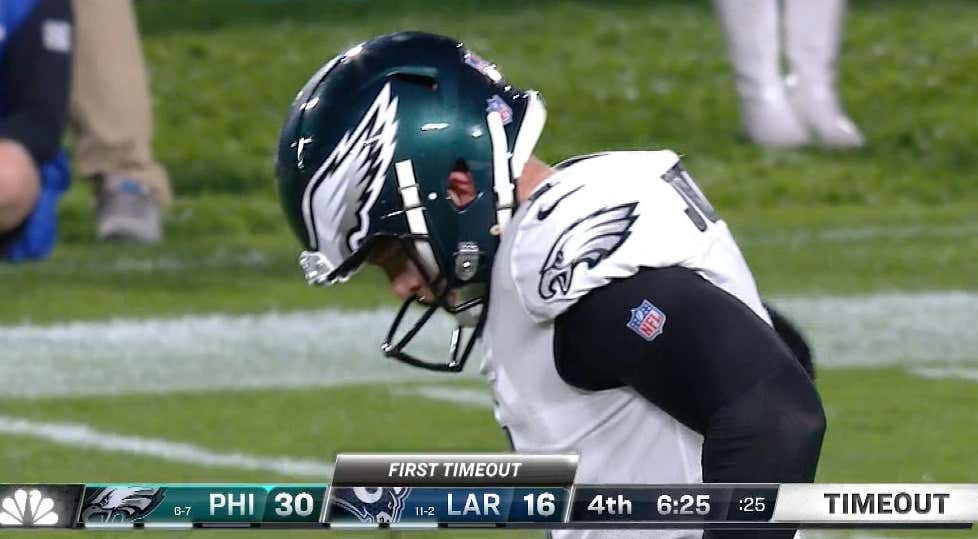 Al Michaels was hilariously stunned at the call, as they were about to get the ball back and it was too early to start burning timeouts.  But what Michaels doesn’t realize is that McVay is worried that Pederson, being from the same Coaching family as Nagy, will run the same gamete that Nagy pulled a week earlier.  But that’s not true.  Pederson was already preparing his defense to get back on the field instead of telling his OL to intentionally false start.  Rams get the ball back, notch a quick 7, the score is now 30-23, and the Rams have 2 timeouts left.

Play #3 –  Rams are in position to make a last ditch effort to win the game, driving down 7 – no timeouts left because they burned one way, way too early.  Gurley doesn’t get out of bounds essentially blowing 2 end zone chances.  They should have at least two more shots at the end zone, but they don’t because Nagy had McVay on tilt in a game they weren’t even playing each other and Gurley is an idiot for not getting out of bounds with 14 seconds left: 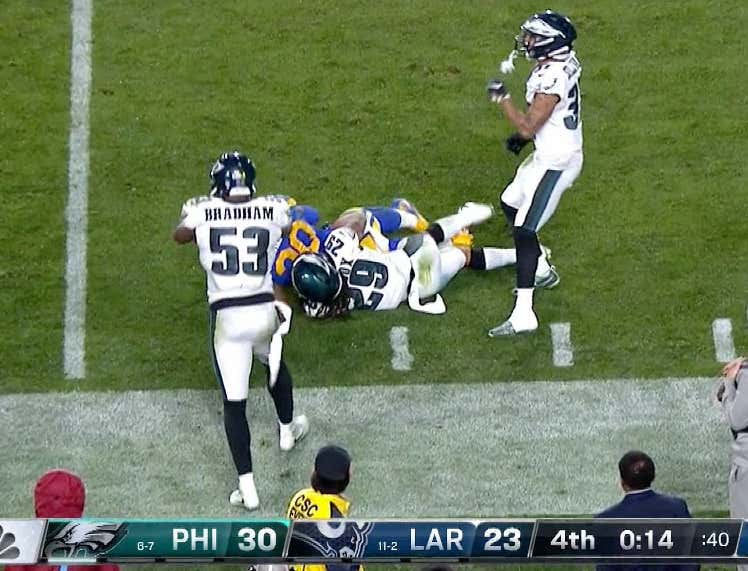 Play #4 – Rams then spiked the ball with time remaining for 1 shot at the end zone. 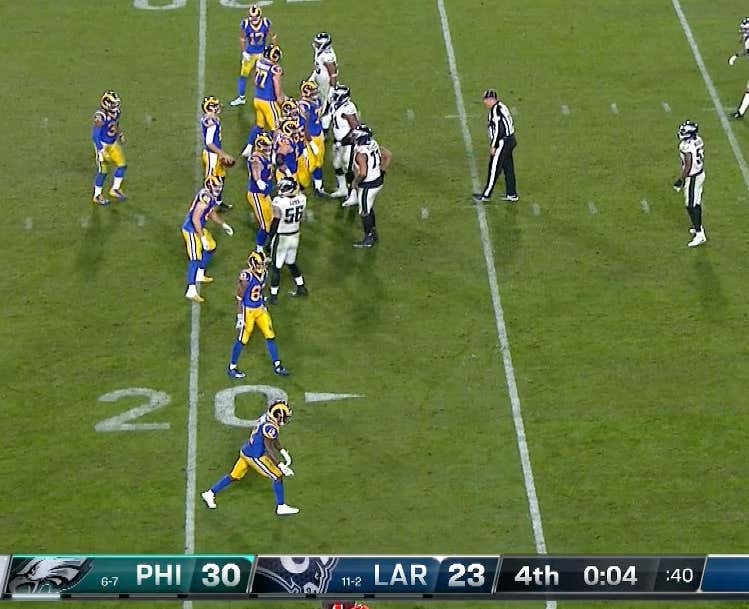 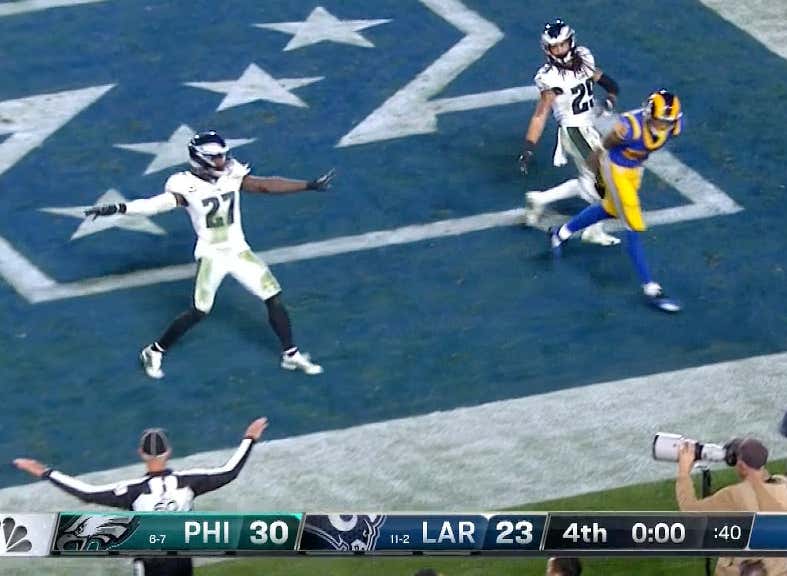 Now the Eagles played their tits off this game.  100% earned it.  BUT but but but… Nagy was also in McVay’s head, and McVay’s poor in game decisions (along with Gurley) caused them at least another shot or two at the tie/win.

Coach Nagy has had his fair share of poor timeout calls, but we’ve all said it 100x, that’s to be expected for a rookie coach.  This is one example of what a fantastic football mind he is.  Not only did he beat the Rams on the field to inch closer to a 1st round bye, he was so in McVay’s head that McVay fucked up the next game so badly that now the Bears do have a semi-decent shot at the 2 seed in the NFC.

Here is the all the clips spliced into one video.  McVay REEKS of fear throughout the entire clip.  If you’re a football fan and more specifically a Bears fan, this is straight up NSFW pornography of how awesome our head coach is.