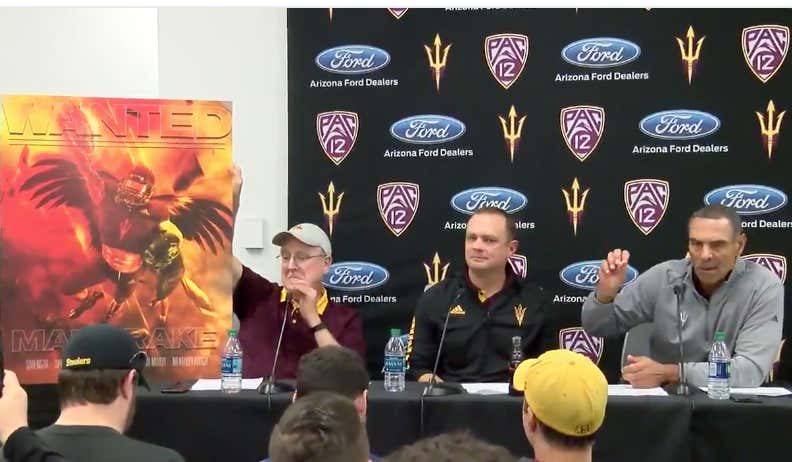 He did it again! Just when you thought he couldn’t deliver another classic, he does!

Boy, do I love me some Herm Edwards. A beautiful mind that is fit perfectly for college football.

Now, for Mandrake, his ideal football player that he’s been looking for since he started coaching. 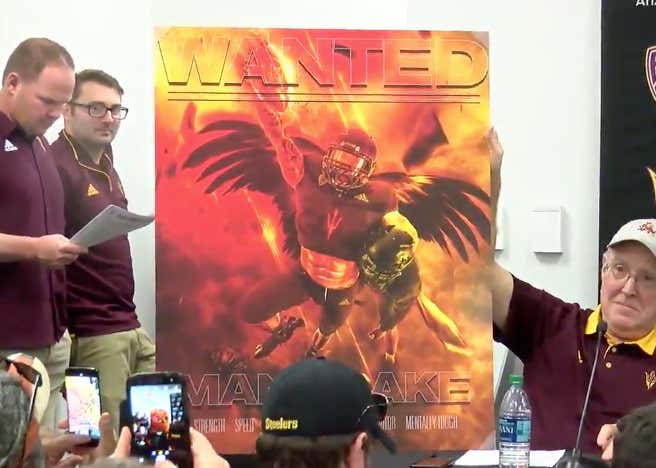 “You see this guy? He’s Mandrake. WHo is that guy? That’s my guy. That’s the mystical man. Mandrake. When I started coaching football, a long time ago, I would always tell my players. I’m looking for Mandrake. And this is what he looks like. He looks like that guy. Those are the kind of guys we want to bring in. We’ll bring in some Mandrake guy. Those are the characteristics of the guy. I haven’t found him yet, but I’m looking for him.”

First off, Mandrake is a perfect name for the ideal football player. Second, I don’t want to spoil this for Herm, but he’s never going to find Mandrake. Looking at the photo, Mandrake consists of a man who:

-has an eight pack

Herm has officially lost his mind and I love it: