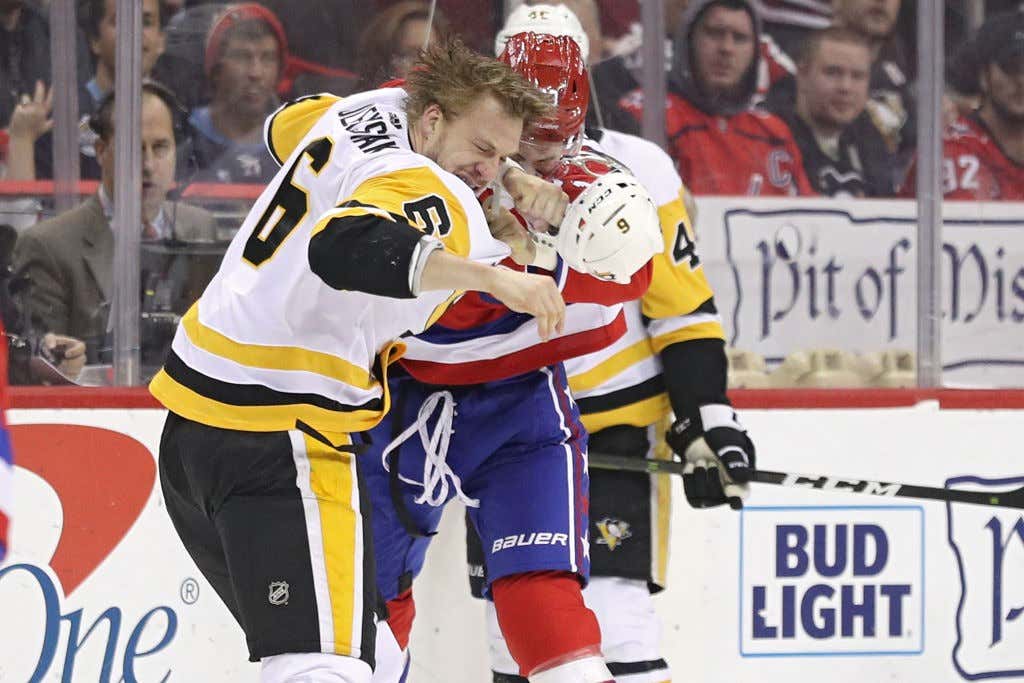 As you know, last night Tom Wilson pummeled Jamie Olesiak. While the Caps lost the game 2-1, Oleksiak was the ultimate loser. Why? Because the GM of the Penguins set this fight up. He legitimately Don King’d this fight into existence, and caused his guy Oleksiak to have Tom Wilson punchisize his face for free:

From May 2018 -Many bemoaned the loss of Reaves, shipped to Vegas at the trade deadline, but the 6-foot-7 Oleksiak is a perfectly capable pugilist, Rutherford said.

If, of course, he gets the chance.

“When Jamie challenged Wilson, he couldn’t run quick enough to get away from him,” Rutherford told the Pittsburgh Post-Gazette during an interview on a variety of topics Monday morning, adding that having Reaves would’ve “offset” Wilson’s physical play.

“Until, of course, the referees get in close, then [Wilson] comes back and says something to him.”

One of the reasons the Penguins were OK parting with Reaves was because of how well they feel Oleksiak can handle himself in such situations.

That’s amazing. Jim Rutherford said Oleksiak could “handle himself in such situations” and then promptly got dropped. Woof. Hard look right there. Goading Wilson to drop them, then seeing your guy get whooped. So while the Pens won the game, hat tip to them, boy did they lose the fight.