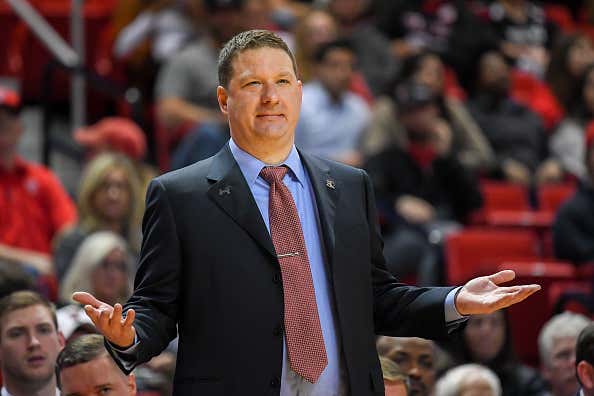 After a fairly weak slate of games the last few days, we finally have two top-15 teams. More importantly we have a complete clash of styles between a team in Duke that’s a national title favorite and a team in Texas Tech who is continuing to try to prove it belongs. We have to start with that – the entire outlook of this game factors on one thing. Chris Beard’s style vs Duke’s talent.

What I mean by that is Texas Tech wants to slow this game down. They want to shorten the game with long possessions on both sides of the ball. Tech is one of the slowest teams in the country because of its defense. They hold teams to 18.5 second possessions, which is the 11th slowest in the country. We know what Duke wants to do. They want to force live ball turnovers and run or want to get a rebound and go. As long as it’s not DeLaurier/Bolden with the rebound, pretty much anyone on Duke can take it, go and create offense.

That’s where it’s going to get a bit tricky for Texas Tech. Duke is shockingly an average team with defensive rebounds in terms of percentage. Texas Tech is a top-65 team in the country in the same stat but offensively. That’s where Beard is going to have to preach patience with his team. Don’t be surprised to see him only send Tariq Owens to the glass while the other 4 start to get back defensively. You can get creative with this instead of everyone just running back 4 straight, you can stagger them, leave a wing for a long rebound.

Texas Tech is one of the few teams that has the frontline to match up with Duke. We saw Duke struggle against Gonzaga with Hachimura and Clarke. Texas Tech does have three guys in Tariq Owens, Jarrett Culver and Norense Odiase that can bother Duke. Culver is an ideal matchup against RJ Barrett. Odiase is a 6’8″ 250lbs forward that is one of the few guys that’s big enough to at least bother Zion. That’s going to be the key. If Odiase can bother Zion it’s going to force Duke into a jump shooting team. Texas Tech is the best team in the country at defending the 2pt shot. That’s going to be important against Duke – who wants to attack the rim.

If Odiase can bother Zion enough, Cam Reddish is going to be the key for Duke. He’s one of the guys that can just absolutely get going, especially from behind the arc. He has been up and down, shooting 36% from three. But, he could be the mismatch to watch for Duke.

For Texas Tech it’s all about Jarrett Culver. The casual fan may have not gotten to see Culver yet this year or know too much about him. But, he’s going to be a lottery pick and looks like he’ll end up on one of the All-American teams. He’s taking a massive jump this year filling in for Keenan Evans, especially with the ball screen that Beard likes to use. He’s 66th in the country in assist rate while using his size to get into the lane. He’s now a real threat from the outside at 45% from three. Look for him to be used on the wing in an ISO ball screen set against DeLaurier/Bolden.

Again, it’s going to come down to controlling tempo. Texas Tech’s ability to shorten the game is going to be vital here. I do think we see it closer as Tech is one of the few teams that can matchup with Duke.