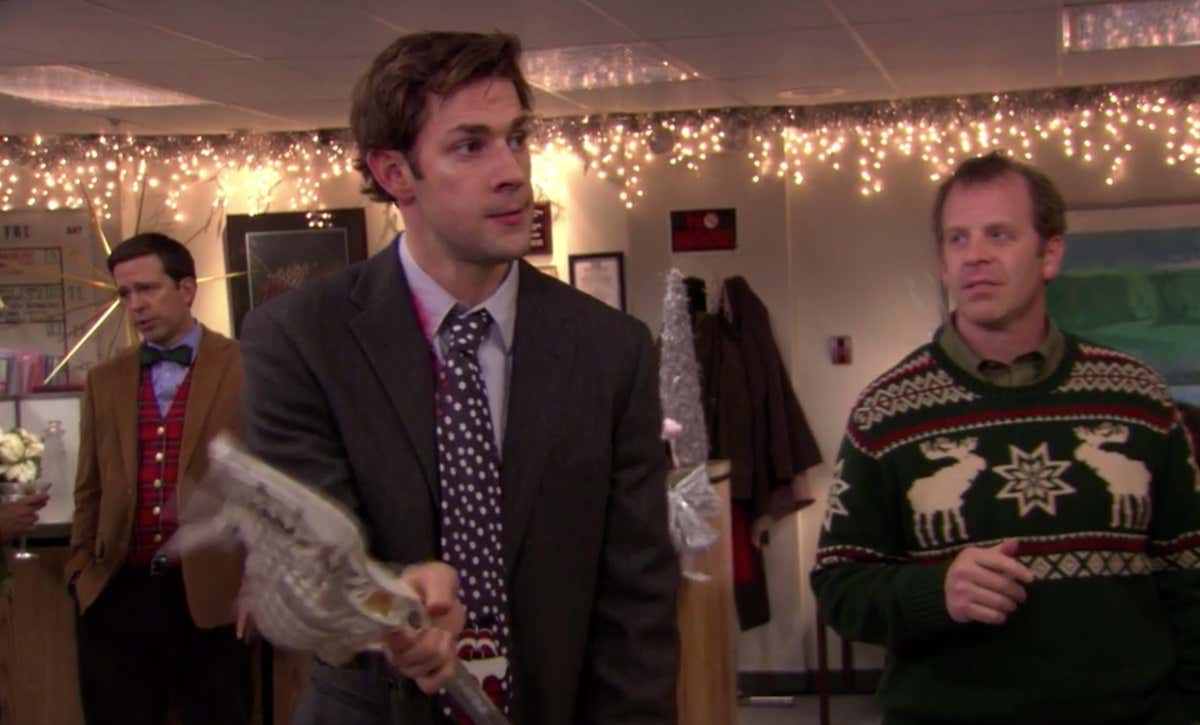 Something that people really enjoy doing in the year 2018 is going back to offer some spicy new takes on The Office, despite the fact that the show has been off the air for years now. And it makes sense. I mean a ton of people still watch The Office on a daily basis so talking about the show is very relatable and an easy way to grab some clicks.

So anyhoo, I had some trouble sleeping last night so at around 2:30am I decided to throw on The Office just see if some background noise could help me get my weary little eyes back to rest again. I figured, “hey it’s close enough to Christmas, how’s about I throw on a holiday episode to see if I can get myself into the spirit in the process”. Sidenote: It worked. I can’t wait for Christmas now. But the point of this blog is that I started with part 1 of the Christmas episode in season 7, “Classy Christmas”. You may remember in this episode that Jim and Dwight start to engage in a snowball war that escalates to a point where people are getting hurt and it’s a danger to the entire office. And it reaches it’s boiling point with this scene right here.

Yikes. Not a great look for Jimmy Halps. And not just because he shattered that window, but because this man absolutely suuuuuuuucks at lacrosse.

And now here’s the thing–Jim Halpert just so happens to have a lacrosse stick readily available for him to use in the office which says to me that the writers of the show expect us to believe that Jim Halpert played lacrosse before. I don’t know about the offices that you guys work in but I feel like there aren’t just random lax sticks laying around everywhere. So either Jim always keeps his stick in the office or he’s like myself and always has it ready to go in the car. But I still play lacrosse pretty regularly and I coach so it would make sense for me to always stay strapped and loaded with a stick in my car. Does lacrosse play such a major role in Jim Halpert’s life that he constantly needs his stick as well? From the look at that shot, the answer is no. I mean let’s take a look at that again, shall we?

The fact that he’s cradling leads me to believe that Jim Halpert has played at least some form of lacrosse in his life. But look at that form. It is god awful.

You can tell that Jim is clearly trying to push the snowball out of the stick with his top hand. Which is something you’d see out of somebody who played a couple years of JV high school lacrosse before calling it a career. Also, his hands and arms are still entirely way too close to his body for him to get anything on that shot.

What you want to do is get your hands up and away from your body. As you’re getting your hands up and away, you’re also opening up your hips very much in the same way you would on your backswing for golf. Then the one thing Jim does correctly here is step into his throw. But as you step, you then need to drive your hips and your shoulders back through and then the most important part of all: YOU DO NOT PUSH WITH YOUR TOP HAND. Rather, you want to pull your bottom hand down and then snap/flick your wrist at where you’d like your release point to be. So just to clarify…

It’s all pretty simple as long as you have relatively competent coaching. I know that lacrosse in the Scranton area hasn’t quite caught up to the Philly area just yet and that this episode was roughly 7 years ago. But still. With that type of form, the writers of the show can’t honestly think we’d believe that Jim Halpert played lacrosse at any point after freshman year JV.

P.S. – I love all you goddamn idiots in the comment section who constantly feel the need to say that lacrosse is for kids who aren’t athletic enough to play other sports. Because if I recall correctly, Jim looked pretty damn good and pretty damn athletic in the office basketball game. But all of a sudden he picks up a lacrosse stick and it looks like the most competitive game he ever played in his life was Magic The Gathering or some shit. Get lost, losers. If not even Jim Halpert can look halfway decent playing lacrosse, then none of you can.