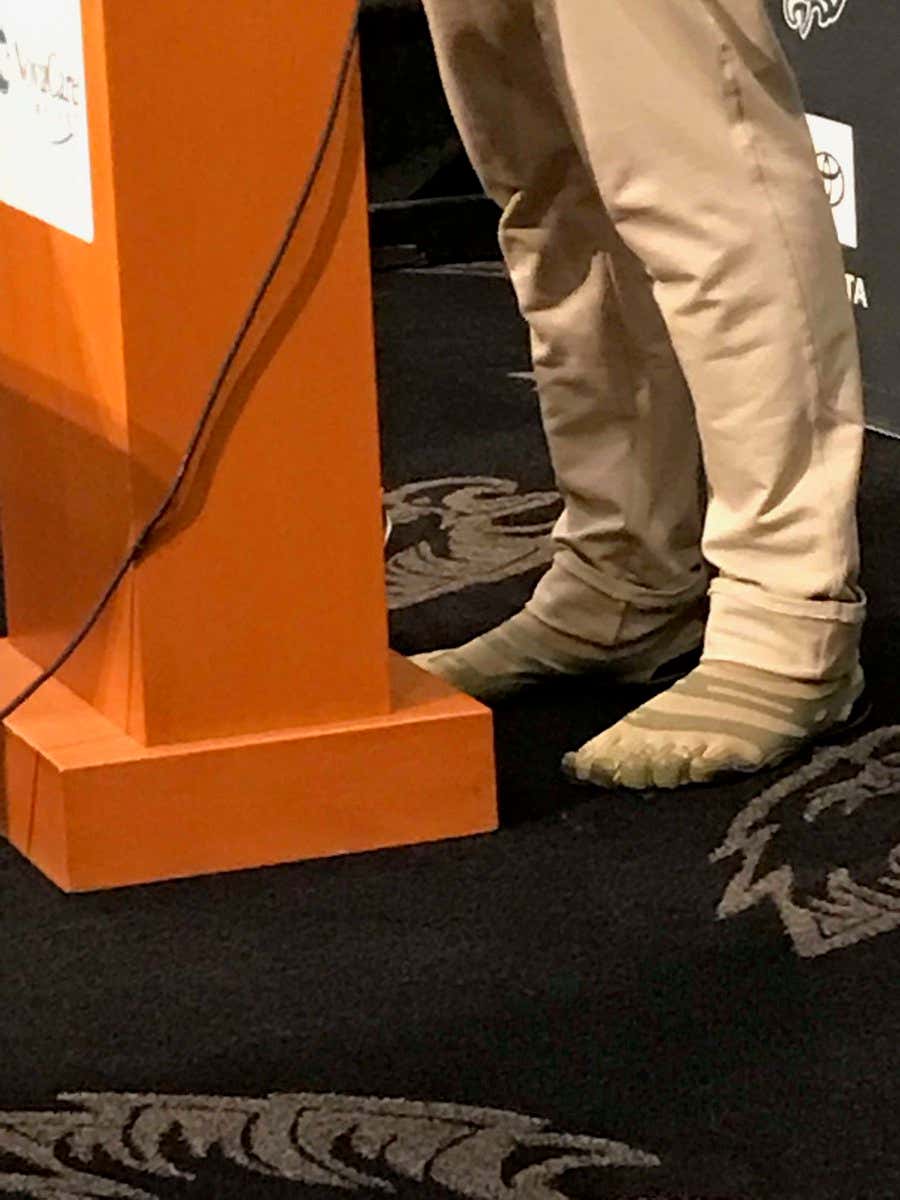 Okay so I’ll be completely honest here… I don’t necessarily love that choice of footwear from Nick Foles. If it were up to me, he’d keep those bad boys hidden away in his closet until the day he dies and only until then would we ever find out that Nick Foles wears toe shoes. But you know what? The man is a Super Bowl MVP. And now he’s once again the starting quarterback for the Philadelphia Eagles men’s professional football team. So if Nick Foles is going to wear toe shoes, then you can bet your goddamn ass that I’ll be wearing toe shoes as well out of solidarity.

The thing about these shoes is that I’m almost positive you have to be a virgin to even purchase a pair. I understand that Nick Foles has a child which is typically considered a certificate that serves as proof that you’ve had sex at least one time before. But Nick Foles is kind of like Mary in the sense that he has a child but is still very much a virgin. Don’t get me wrong, the man has a massive hog and everything but he just doesn’t put it to use in the bedroom. So it should come as no real surprise that he’s a toe shoe wearin’ kind of guy. Still not the best look ever but if it works for this man right here 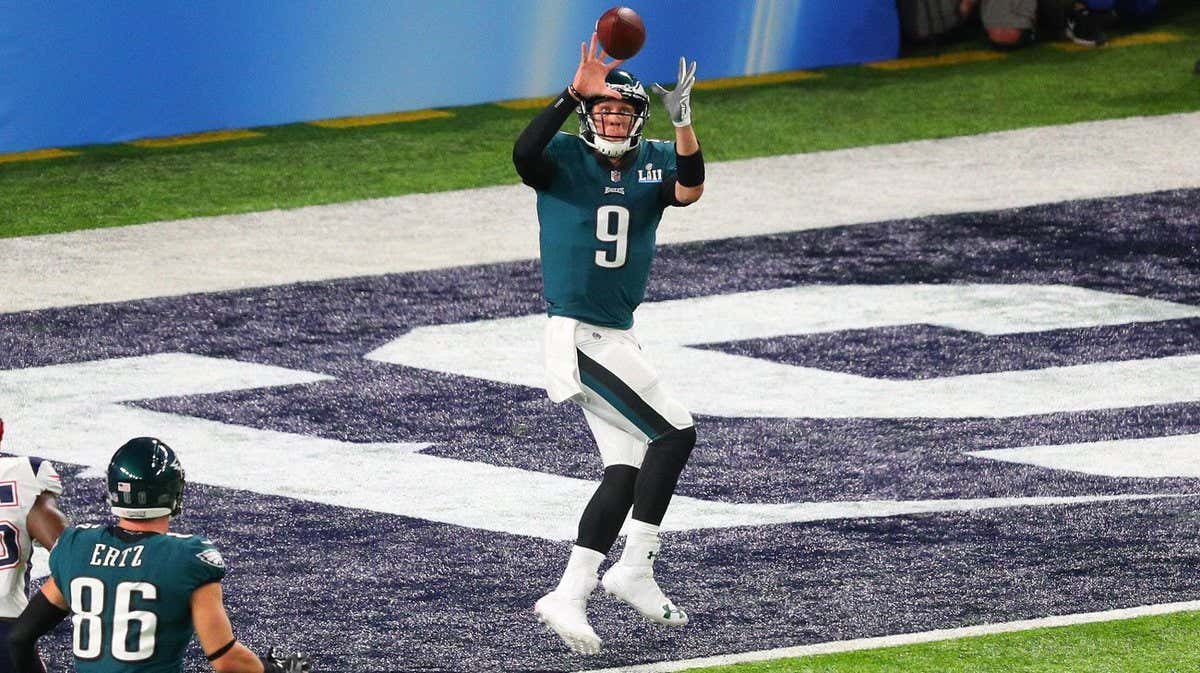 then it works for me. Toe shoes are in, everything else is out. 2019: the year of the toe.

P.S. – Still look better on him than Uggs look on Brady. Just saying.