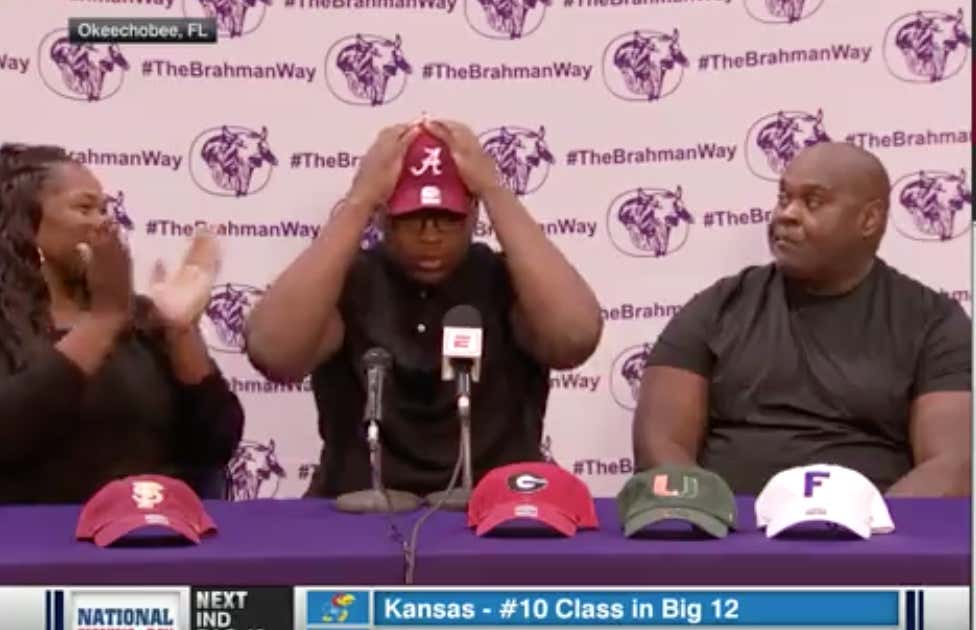 One of the highlights of national signing day every year is the parents. Unfortunately, on a day that is supposed to be about the kids, the parents will find a way to steal the show. Today, we had 5-star OT Evan Neal announcing his commitment. The OT from IMG Academy is a coveted prospect, the 20th best according to 247 Sports. It was down to Florida, Georgia, Alabama, Miami, and FSU:

I’m no body language expert, but from the jump, Mr. Neal did not look happy to be in attendance for his son’s ceremony: 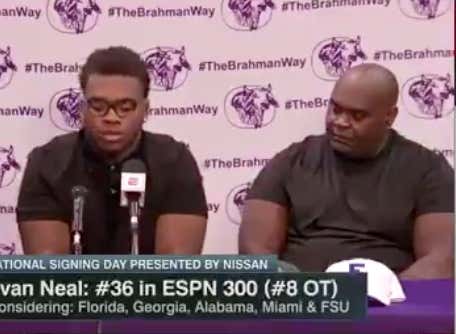 And then once Evan announced he is going to arguably the best college football program in the country, Mr. Neal gave one hell of a side eye: 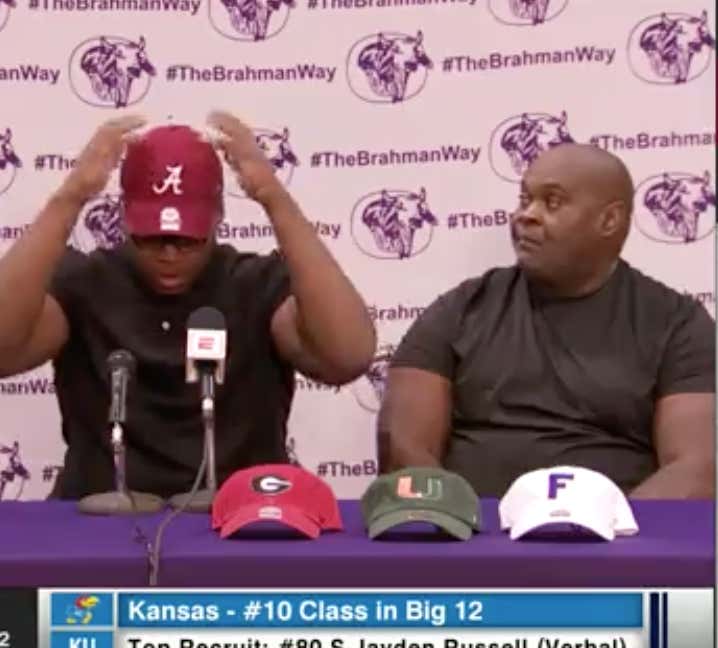 Look at that eye! The face! That’s your son, my man! Your blood! 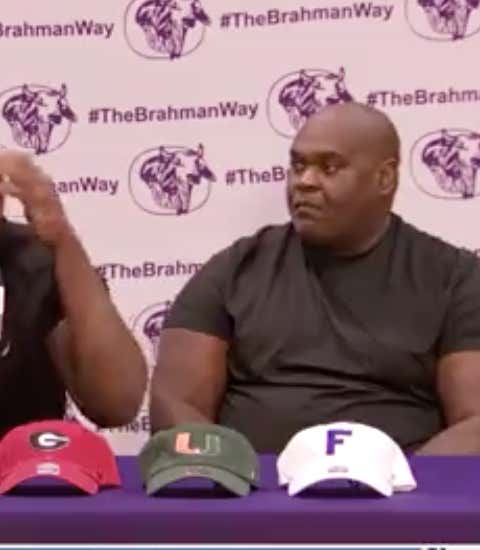 To wrap it all up, Mr. Neal then gave the most half ass pat on the back to his son: 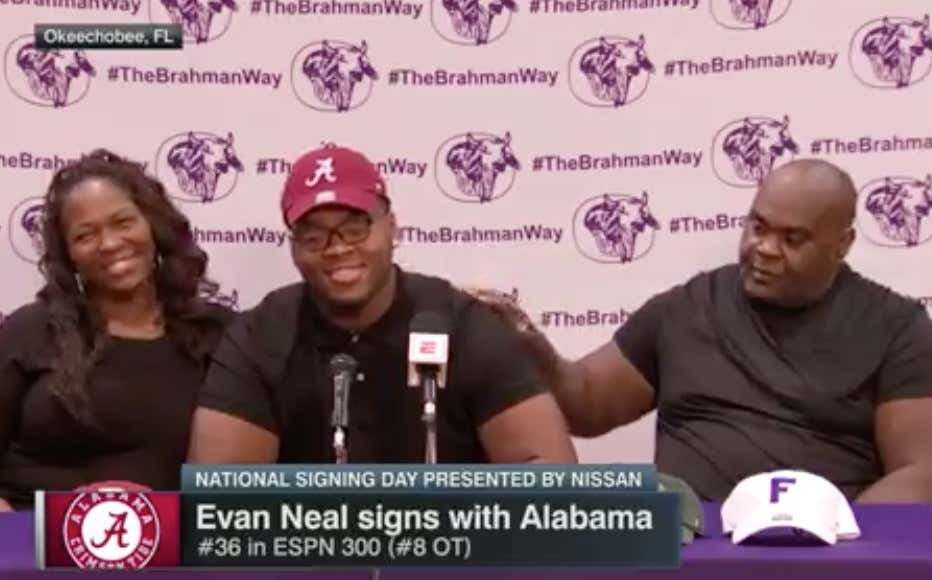 I’d argue to have anyone show me a more half-ass pat on the back.

Tough love, I guess. Who knows what is going on here, but an asshole move by that father. I’m a little afraid to say that because I know Mr. Neal, Evan, and even his Mom could beat me up, but this day was supposed to be about your son. He’s going to Alabama, not the University of North Korea. Put a smile on your face. A big duffel bag is going to be coming to your front door one of these days and it’s not going to be full of cleats and pads.

P.s. This reminds me of Jacob Copeland’s mom storming out during last years NSD: