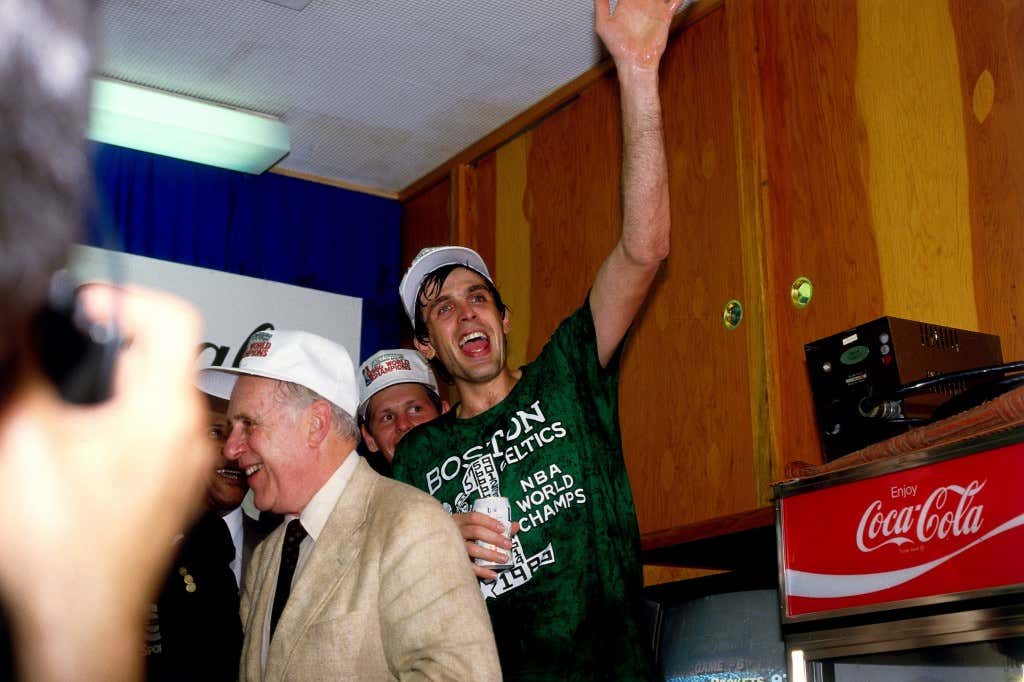 Had to give a quick shoutout to beloved Celtics legend Kevin McHale and wish him a happy 61st birthday. McHale is one of those rare instances where he directly impacted two separate generations of Celtics fans. I’ve talked before about how my biggest regret in life was that I was not born sooner so I could have seen the original Big 3 play in their prime, when Celtics porn was at it’s highest, but McHale is the only one from those days that both older and younger stoolies who never saw him play can still love. If you’re old enough to have watched him play you love McHale for everything he did on the court over his 13 year, 7x All Star, 3x champ, 2x 6th Man Celtics career. If you’re a younger stoolie you love him because he totally did his buddy Danny Ainge a favor and gifted him Kevin Garnett which ultimately brought stoolies around my age the only title we’ve ever seen while alive. Safe to say neither of those things happen without McHale. The 80s Celts probably aren’t as good, and obviously 2008 doesn’t happen. Stretching that even further, we are not watching the exact team we see today if not for Kevin McHale. Think about that for a minute. Larry Bird and Bill Russell may go down as the best Celtics ever, but has anyone had his fingerprints on more eras of Celtics basketball than McHale?

So today, why not go back and relive some of the best moments of this HOF talent and a guy who valued friendship over equal trade value for an MVP caliber player. We would not be here today without Kevin McHale, which is why every opportunity we get to praise him it is required by law to do so. Also if you were able to see him play in person, seeing that he’s 61 probably has you feeling old as shit and I don’t want you to feel sad right now. Let’s hit it.