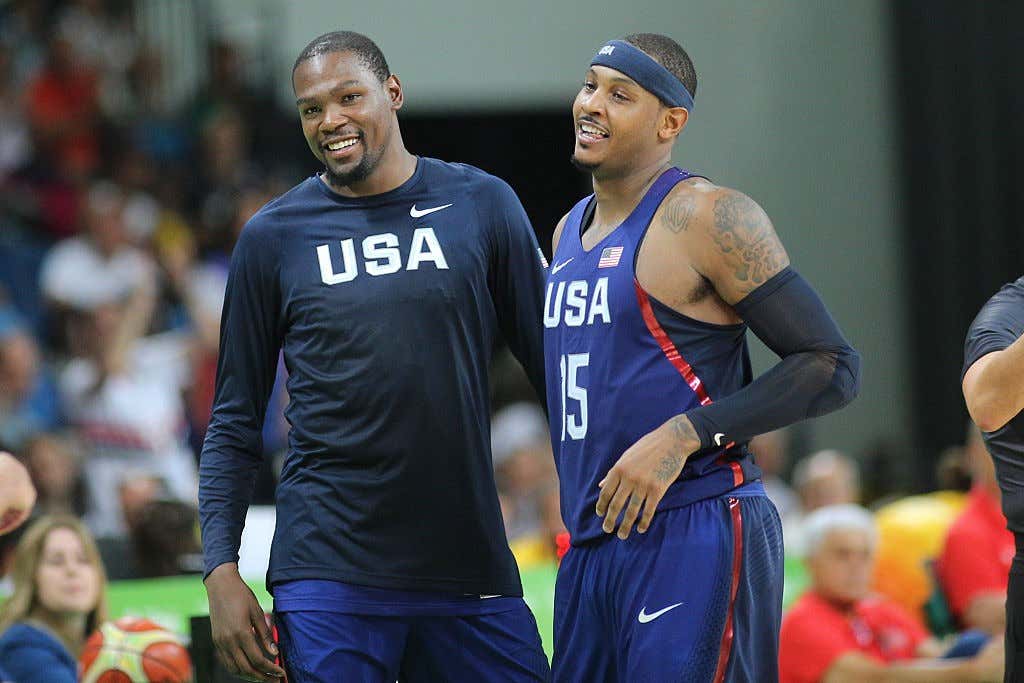 Now that the December 15th deadline has passed, as it stands how Carmelo Anthony is still on the Rockets. Not in the sense that he is an actual contributing member of that team, but they own his rights. We all know it’s only a matter of time before Daryl Morey finds him a new home or just buys him out, and if you are to believe what you see on the internet, we may know his next destination.

You may want to sit down 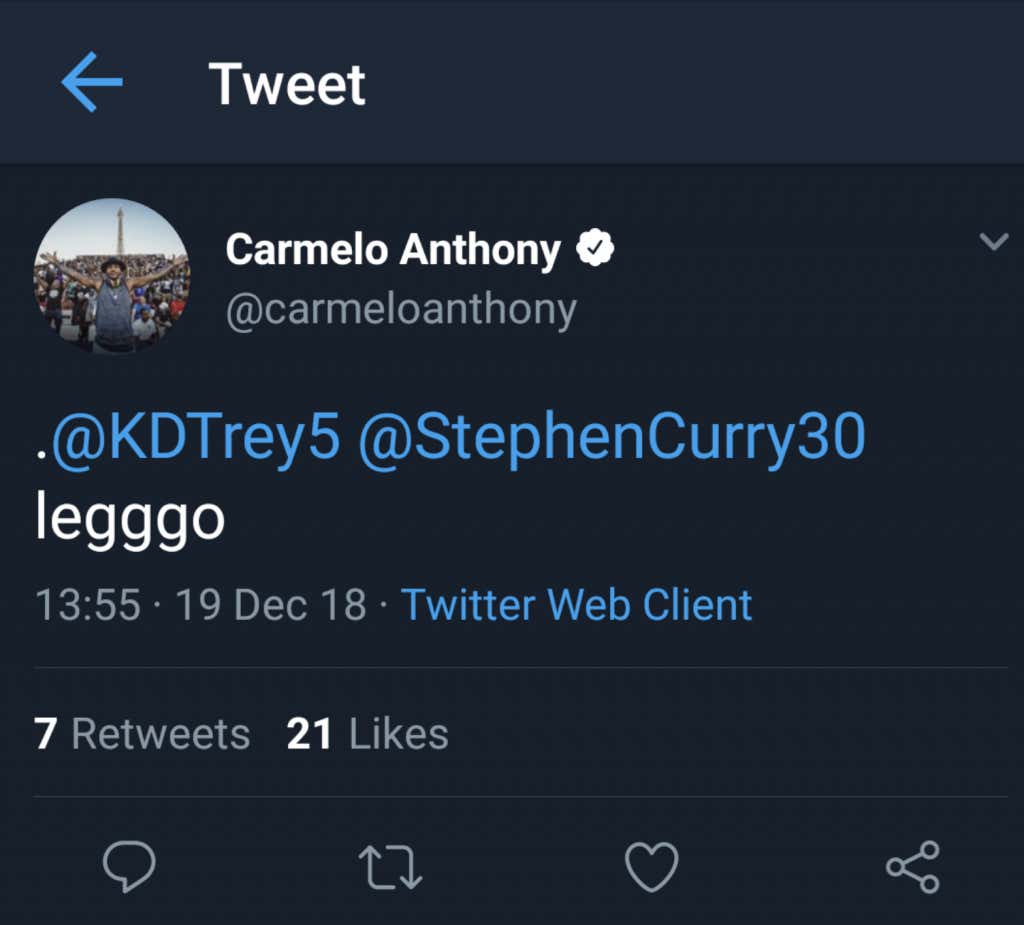 He deleted the tweet obviously, but the internet has eyes everywhere. It sure as hell looks like Melo is about to join the Warriors, and frankly that may be just the thing that finally ends their reign over the NBA. Remember, Damian Jones is most likely out for the year, Shaun Livingston has had some injury issues, so theoretically there could be a spot for Melo. Would it be a little strange if Morey trades something to his arch rival? Sure, but that’s why I think a buyout is the most likely scenario here.

If it happens, Melo joins a team in an effort to finally get himself a ring, something he thought might have happened in HOU. I need this to happen just so I can see all the Warriors fans who dogged Melo when he was a Rocket try and spinzone things, talking about his unguarded three point shooting when playing on the second Wednesday of every month. I predict a lot of

“All we need him to do is stand in the corner! He’s a better shooter than Livingston anyway, it was a system thing in OKC/HOU. Everyone plays well in our system!”

because that’s what ever team does that signs Melo, ignoring the reality that he’s just not the same player your brain thinks he is.

But if this really does happen, will he get the same sort of ring chasing hate that Durant did? People didn’t really give shit to David West about it, partly because he is a terrifying human but also because after spending forever in the league we all wanted him to get one. He sacrificed all that money to go to SA and that didn’t work out, so I feel like he wasn’t called a snake or anything like that. Would Melo get that same treatment? The one thing his HOF career is missing is an NBA title, and odds are that the Warriors find themselves back in a position to win one this Spring. Will you be rooting for him to get it if he signs?

Of course, who the fuck knows what Melo was actually doing here. Maybe he is just a little tipsy off wine and wanted to fuck with the internet. That’s a possibility, but if it wasn’t true then why delete it? Maybe because GS called him and told him he was going to fuck things up by putting it out there early? We’re at the point where players are leaking stuff on Twitter all the time, and you’d be a fool to completely ignore it. Perhaps part of me wants to believe this just because nothing else has shown to be effective at keeping the Warriors from winning a title, and while I don’t think Melo was the main reason both of his stints in OKC/HOU failed, he certainly didn’t help things. I’m willing to cross my fingers and wish that some of his stink makes his way to a team filled with basketball aliens.

So please, let this be true. Let Melo join the Warriors and give the rest of the contenders a 5% bump in their championship odds. I don’t see how this could end poorly really, either he finally gets his ring or his brings down the dynasty for good. Sounds like a win/win to me.