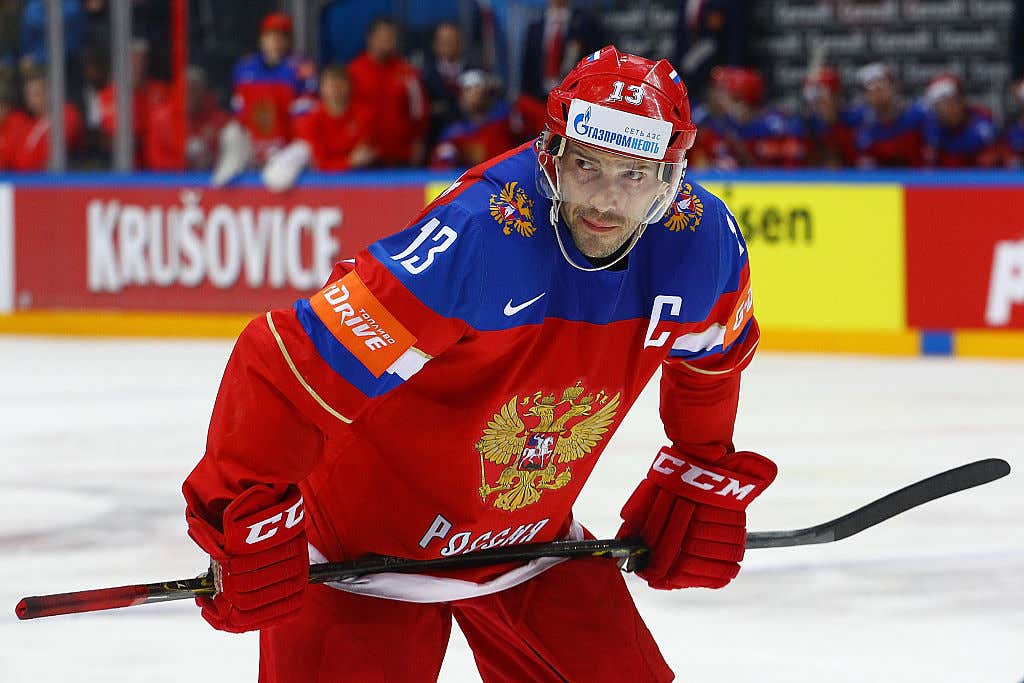 (before anybody starts bitching about a reblog, this was written earlier this morning and just didn’t publish until later. So check the timestamps and shut up)

Now if you read that first tweet from Bob McKenzie, you’re probably saying to yourself right now “uhhh hey Jordie. What in the actual frickin’ heck is the point of this blog? Uncle Bob said right then and there that Datsyuk’s agent said he’s never even entertained the idea of returning to the NHL. Seems like a giant waste of time for you to write this blog and an even bigger waste of time for me to read it”. And don’t get me wrong, I understand your hesitation to believe that an NHL comeback isn’t realistic for a then 41-year-old Pavel Datsyuk. But here’s the thing.

Bob McKenzie doesn’t dabble in the rumor mill. He doesn’t just put stuff out there to put stuff out there. It’s not like Bob McKenzie heard a bunch of drunk dudes at the bar talking about how hella sweet it would if Pavel Datsyuk came back to the NHL. The fact that he tweeted this out in the first place means that he must have heard about it from at least a few pretty high up people. So if the chatter is there, it’s not like it was made up out of thin air. And if there’s one thing that we’ve learned over the past few years, it’s that the thing that Russians love to do the most is lie. So do I believe Pavel Datsyuk’s agent when he says that he hasn’t even entertained the idea of coming back to the NHL? Not for a single second. And that’s for a couple of reasons.

1) Datsyuk becomes a UFA on July 1. So it’s not like he’d have to come back and play for the Coyotes. And despite the fact that Arizona Coyotes employee Paul “Biz Nasty” Bissonnette continuously reminds everybody that “the ‘Yotes are a wagon”, they simply are not an organization who Pavel Datsyuk would ever be interested playing for. They’re still too young to contend and they’re probably moving to Houston soon. So the fact that Datsyuk will be an unrestricted free agent and can pick where he plays is huge.

2) Money. Money money money. Pavel Datsyuk is good buddies with a guy that goes by the name Ilya Kovalchuk. If you recall, Kovalchuk signed a 3-year deal this past summer making his return to the NHL after spending the last few seasons in the KHL. And in those 3 years, Kovalchuk will be making $6.25M per year. Not a bad payday to end your career with. Datsyuk might not be able to get that contract now that he’d be 41 when he signs, but he can still end his hockey playing career by throwing a few more million dollars in that bank account of his. If some team comes out and offers him a few mil, I’m pretty sure he’s going to be entertaining that idea of returning to the NHL. Or at the very least, his agent will entertain that idea considering he gets a nice little payday out of it too.

3) Russian Gas. Just because Pavel Datsyuk is 40-years-old doesn’t mean he doesn’t have any gas left in the tank anymore. Au contraire. He might have more gas in the tank now than he’s ever had before getting to play in a lawless nation like Russia. It’s clear that he still has some game in him. This clip is from earlier this year.

Nothing too fancy as far as the Datsyuk-ian standards are concerned, but that’s a power move right there. And it’s a power move coming from a 40-year-old playing in the KHL. Would he come in and play 82 games a year and score 20 goals and 40 assists? Maybe not. But he could still probably string together 40 points in 60 some games while grooming whatever young talent is on a team he signs with. Like imagine a team like the Carolina Hurricanes right now. They have millions upon millions of cap space available. They also have Andrei Svechnikov who was the 2nd overall pick in the 2018 NHL Draft. If I’m the Hurricanes, I do absolutely everything I can to bring a guy like Datsyuk in to be a mentor to Svechnikov for a year or two. Let him learn from one of the greatest Russians to ever play. It’s not like paying Datsyuk would put them up against the cap at all. I’m actually a little mad at myself right now for giving the Carolina Hurricanes that idea for free because it makes too much sense.

4) Hopefully the NHL finally listens to the idea I’ve been begging for over the last few years and introduces the Shootout Specialist position to the game. I’ve been saying this forever. Just like how the American League has the DH, the NHL needs to let teams have a guy on the roster who is only there for penalty shots and the shootout. Players like Linus Omark and Rob Schremp would finally have a role in the NHL. And no position would be better suited for a 40-year-old Pavel Datsyuk who still has the hands of a golden god.