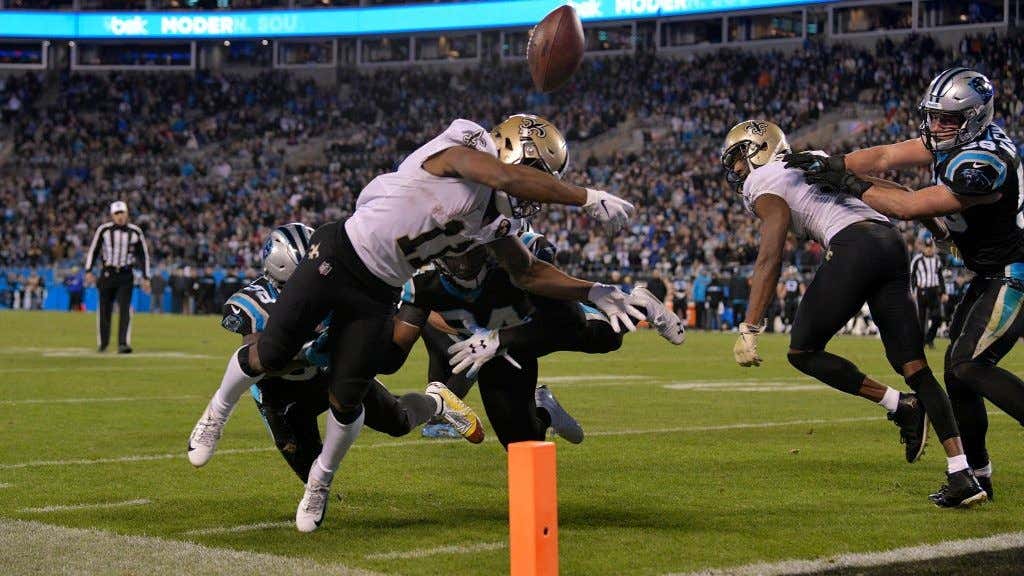 The world went insance at the end of last nights game between the New Orleans Saints and the Carolina Panthers as New Orleans Tommylee Lewis lost a fumble through the side of the endzone in the last couple minutes resulting in a touchback for the Panthers. Aside from the fact that a guy name Tommylee wasnt able to score because he came up inches short of penetration, it was a outstanding play.

And the internet lost its mind: 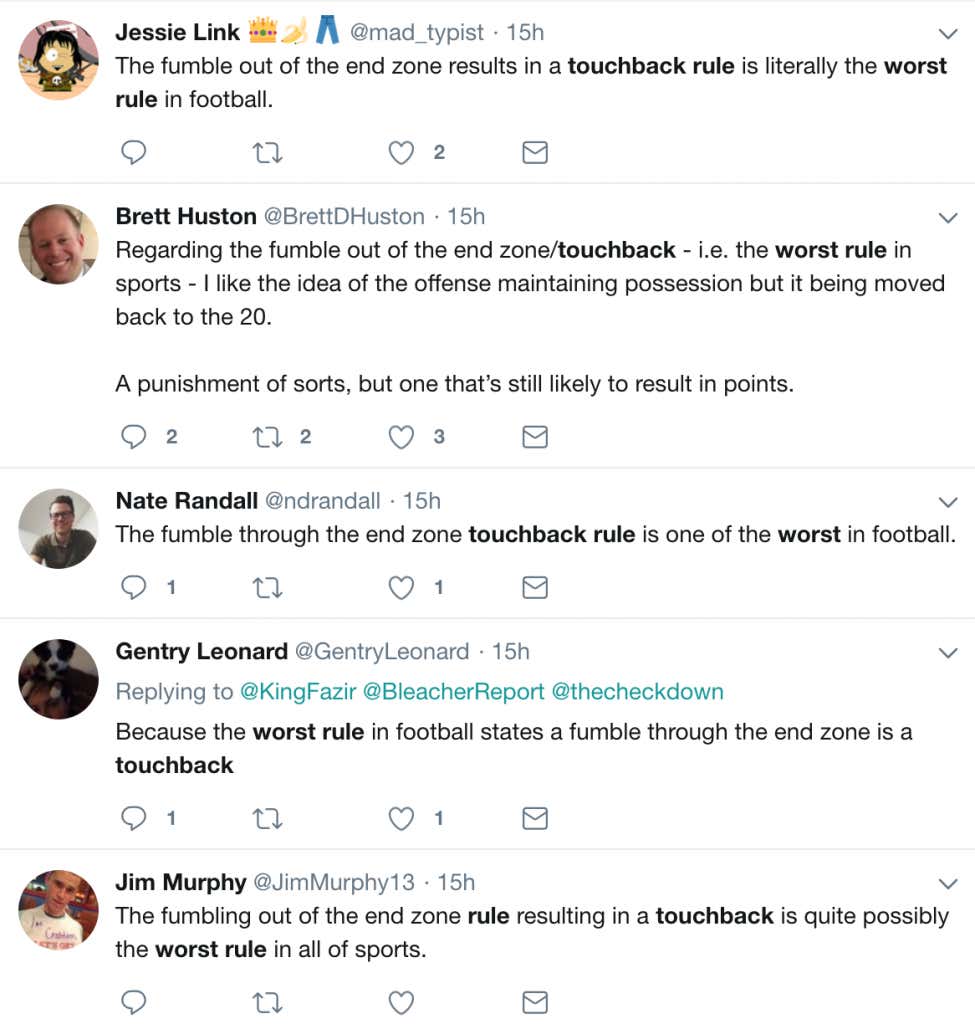 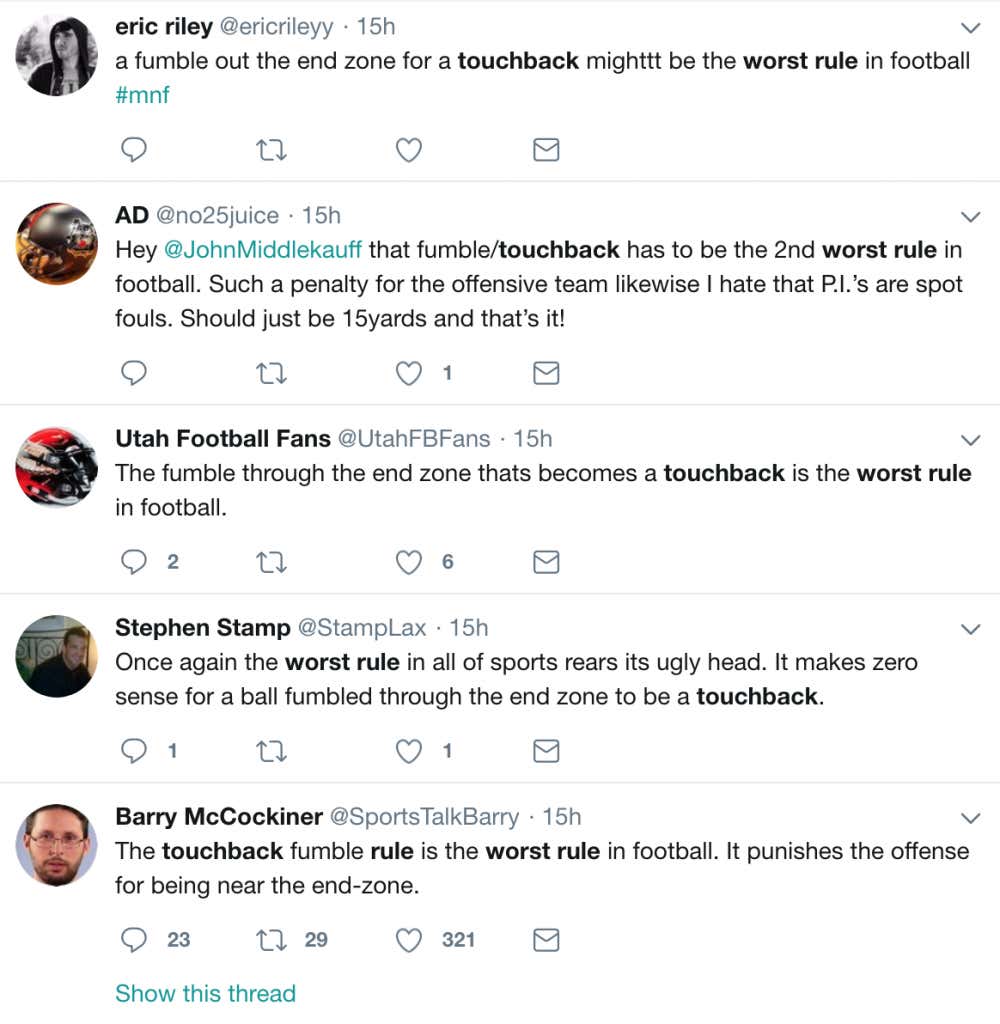 I could go on with these screenshot’s but my laptop and most likeley the eastern seaboard of the united states lacks the battery power required to capture and post all the tweets echoing this exact sentment.

There all wrong. Sorry. Heres why:

1. The big agrument against the touchback rule is that it unesscarly punishes the offense for being to close to scoring. Well guess what- literaly every other rule in the history of the NFL in the last 30 years has been designed to favor the offense. This is the one thing that defenses have in there favor. You cant fart neart a wide receiver outside of the 5-yard zone beyond the line of scrimmage, if you sack the QB you have to buy them dinner first, and your allowed to facemask everyone on the field and they call it a stiffarm. This is the one advantage defenses are allowed to get and its awesome. In life you dont allways score when you think you’re going to. Its called blue balls get used to it.

2. The other argument for changing it is that it doesn’t add up with how the rulebook treats fumbles anywhere else on the field. When you fumble out of bounds, possession dosen’t change so why should it matter if its the endzone?

Well your a idiot if you make this argument because the end zone rules are different for offenses too. The end zone is no mans land. Players are treated as enemy combatatns and the normal rules of engagement dont apply so your allowed to torture them with a heartbreaking play. For example on offense A QB or RB can dive over the goal line extending the ball and it dosen’t matter if they fumble as long as they break the plane beforehand. They have that advantage only at the goal line. The end zone is a different place where rules, law, time, and space cease to exist as they do on the rest of the field, so naturaly there should be different rules for what happens to a fumble there.

3. Its fun. It sucks the worst when it happens to your team and I get it. I bet on the Saints last night and they didnt cover because of this exact play, but it is so much fun for everyone else. The rule should stand as is for this play alone:

The games never over til its over. It gives the defense hope at a time when it appears hopeless when all seems lost. Its actually the most exciting play in football and it should stay as it is.

In conclusion, your all wrong and hopefully this has convinced you how wrong you used to be. Now you can see the light and you will join me in celbrating the fumbleback. Thank you for your time.