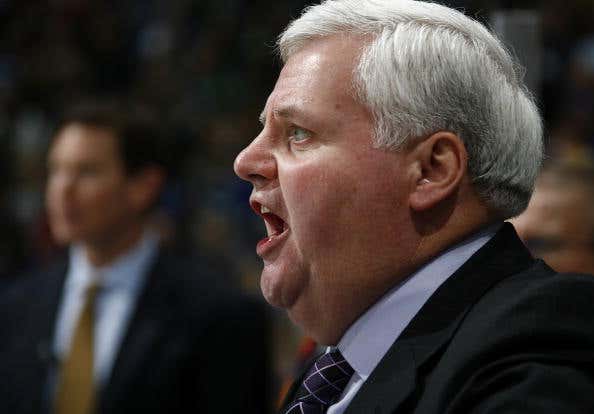 Edmonton Oilers Head Coach Ken Hitchcock is NOT happy with league officials right now for their treatment of Connor McDavid. Big Hitch took to the media after Sunday night’s 4-2 loss to the Canucks to stick up for his star player.

First off, if Ken Hitchcock hasn’t won over that locker room yet, he just did right there. You didn’t often see Todd McLellan stick up for McDavid and you certainly never see McDavid bitching to the refs like other star players do, so Hitch stepped up to the plate. Players in that locker room will LOVE this.

“But the stuff that really bothers me is what is happening to Connor. We’re a league that is supposed to showcase our top players, and you don’t want to give them all the freedom, but the tug of war on him was absolutely ridiculous today.”

Hand up, I was wrong about it being a bad idea for the Edmonton Oilers to hire Ken Hitchcock as their Head Coach after they fired Todd McLellan. It’s been almost a month and Big Hitch has completely turned the team around. McLellan had the Oilers at 9-10-1 when he fired…ever since? Big Hitch has the boys at 9-3-2 and if the season ended today, the Oilers would be a playoff team.

This is why guys LOVE to play for Hitch. You can tell him to go fuck himself but he will always have your back.

Hitch stories are some of our favorites on Spittin’ Chiclets. Guys come on all the time and say that while it doesn’t run dry after a few years, Hitch knows how to get the boys going better than just about anyone. Yeah, the guys might take a little shit from the guys in the locker room, but guys will play for him and that is what matters most.

As for the McDavid stuff….I guess that’s why the NHL is the greatest league in the world. We don’t treat our star players like babies like other leagues (the NBA).