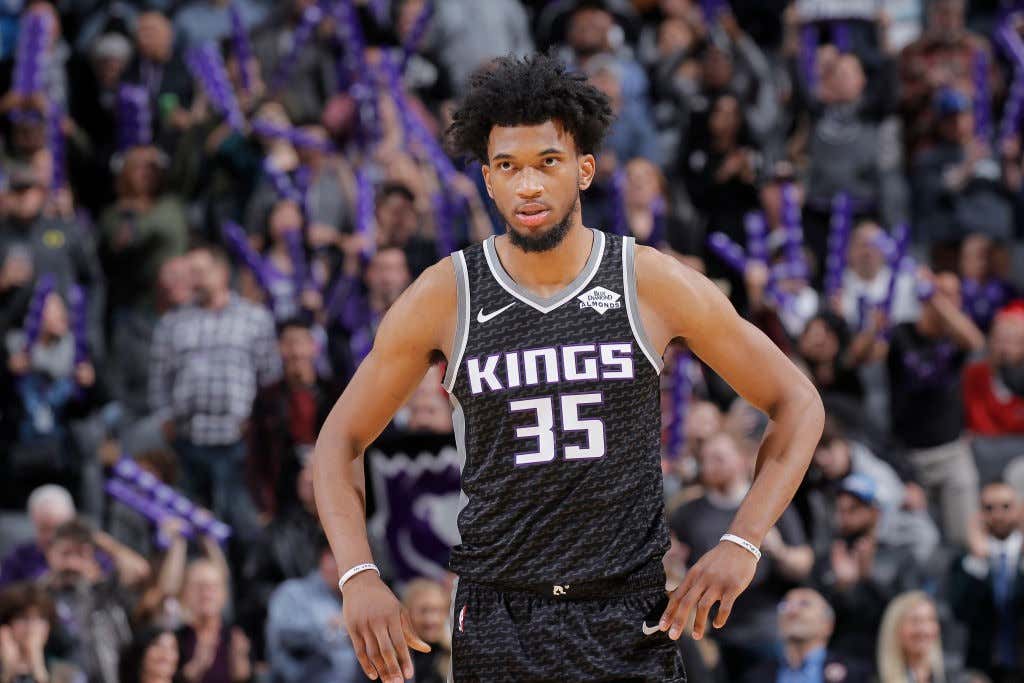 The first evidence that this was bullshit was when he talked about him and Vlade’s great relationship. Ummmm OK Dave Joeger, whatever you say. But that’s not the point of this bog. The point of this blog is where he said

“This isn’t going to be a story in three days and it will definitely be buried 5 years from now when we have the next (Kevin) Durant, (Russell) Westbrook, because that’s how good they are going to be”

Say what now? Kevin who? We’re talking about Marvin Bagley here? As good as this guy?

Now I get it, you want to hype of your own guy after basically saying you wished he was never drafted by your team but come the fuck on Dave Joerger that is utterly ridiculous. First of all, they are completely different positions. Bagley is a back to the basket big with like 5 post moves and no right hand. Are we sure he knows just how good Kevin Durant is at basketball? A career 27/7/4 player and one of the best scorers in the history of the NBA? He thinks that is in Marvin Bagley’s future? Why even put that sort of expectations on a guy it makes no sense. Newsflash, he is not going to be as good as Kevin Durant. Not even fucking close. Bagley is going to become a 4 time scoring champ, 2 time Finals MVP, snake, and certified first ballot HOF talent? On what planet. This isn’t to say he can still be really good, but what kind of idiot compares him to Durant. Even as a rookie Durant came in and dropped 20 a night and was a #1 option. I wouldn’t exactly say Bagley is on that level just yet. Maybe someone like Giannis could be at that Durant level one day, but that’s about it.

Maybe what he meant was that the Kings were going to have a really good duo with Fox/Bagley like those OKC teams did. At least I hope that’s what he meant because that I could somewhat understand. If he thinks these two can be cornerstone players to carry the franchise like Durant/Westbrook did that’s fine, and the Westbrook/Fox comparison is so much closer to Durant/Bagkey I’ll even let that slide too.

We hear a lot of outrageous claims when it comes to this league, and after thinking about it there is only one quote that made me both shake my head and laugh out loud as much as saying Marvin Bagley will one day be the next Durant. That has to be the time where Dwight Howard told his trainer he wanted to evolve into a combination of Kevin Durant and Anthony Davis. How’d that go?

Maybe people should realize that Kevin Durant is a unicorn and is a generational player. Hate him if you want because of his going to the Warriors and being soft online and all of that, but I’m going to need people to stop comparing or projecting players to be as good as an all time great player. It’s silly and will not happen. Honestly, Joeger should set his sights a little lower.

Since we can all agree that comparing him to Durant is ridiculous, what would you say the best case comparison would be for Bagley? Like if he’s OKC version of Serge Ibaka, is that not good enough? Is like Hassan Whiteside his ceiling? What would you go with?