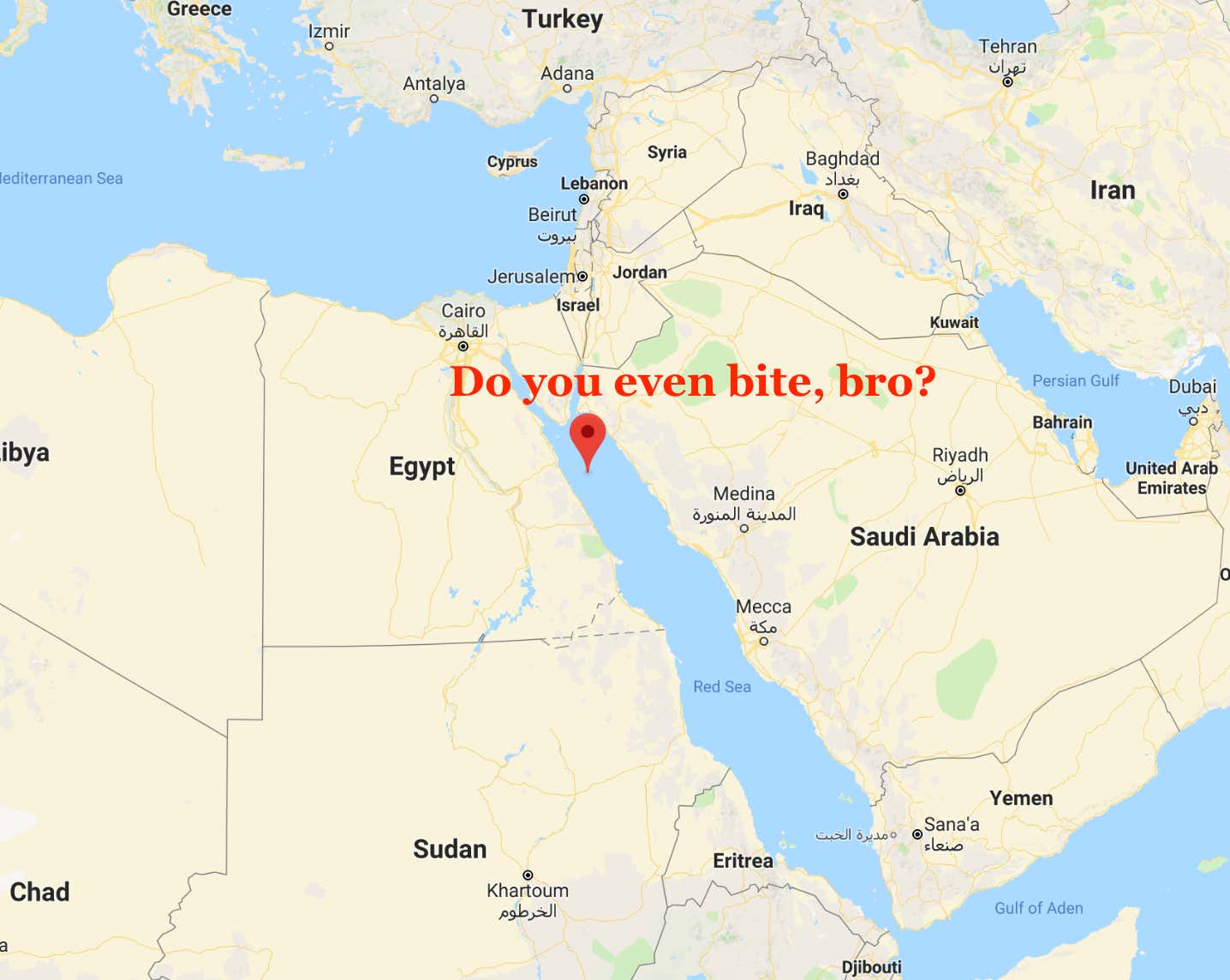 From The Mirror UK:

A diver was lucky to escape with his leg when a large shark attacked him off the coast of Egypt.

Video of the incident, filmed by a British holidaymaker, shows the oceanic white tip shark approaching the group of divers, when all a sudden it lashes out.

As the shark clamps onto the diver’s leg, screams can be heard underwater and another man wrestles the fish off its victim. Once the shark lets go, a plume of what appears to be blood can be seen spreading into the surrounding waters.

The event took place last month but British tourist Dan White, who took the video, waited to release it until the man attacked, a German tourist, was alerted and gave the ‘OK’. The unnamed man was taken to the hospital but there’s no word on what kind of treatment he needed. Hopefully he’s alright, but if I were him I’d be out of the water for a hot minute.

Someone much braver than me who didn’t stay out of the water after a shark attack? Australian pro surfer Mick Fanning. In 2015 a Great White snuck up on him in the middle of a major competition on South Africa’s coast & remarkably he made it out unharmed. The video is wild… He was back on his board a week later.