So Tom Butler is a British surfer and he will most likely be the new world record holder for absolutely crushing the biggest wave ever surfed. The final height of the wave hasn’t been confirmed yet but the estimates say the wave was 20 feet taller than the previous world record holding wave that was an 80 footer surfed by Rodrigo Koxa in November 2017 at the same spot. If you’ve seen any monster wave being surfed over the past few years, chances are that wave was in Nazaré. We saw a 78 footer in Nazaré in 2011, then the 80 footer in Nazaré in 2017, and now this wave which is estimated to be at least 90′ tall to 100′.

And now imagine being Tom Butler. Not only did you just ride a 100′ wave, but you made it look as easy as riding some knee high swell at the Jersey Shore. Just look at this goddamn screengrab. 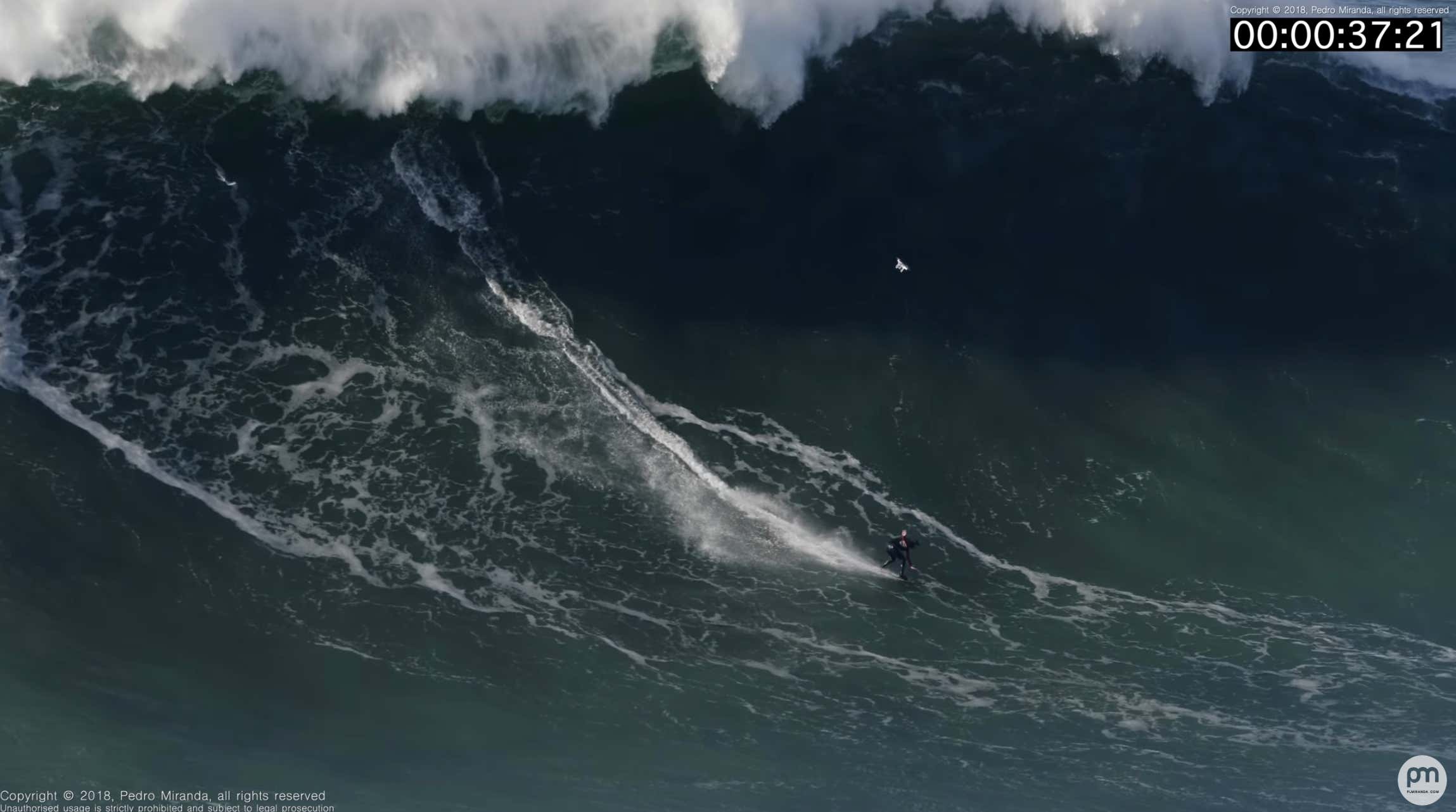 The entire screen is wave. And he was in and out of there like it was nothing. Stayed ahead of the break the whole time and exited out of there like it was just any ordinary wave. If I’m Tom Butler, I never have a single conversation again in my life that doesn’t start and end with me telling that person I’ve surfed a 100′ wave. And when they ask to see the video of it, it’s even more impressive than it sounds because I feel like the majority of people would assume the video ends with you getting ragdolled by that wave once it breaks. But nope, dude just casually went bombs away and came out fist-pumping. What a mad man.

P.S. – Enjoy some more Nazaré to get you through your day.