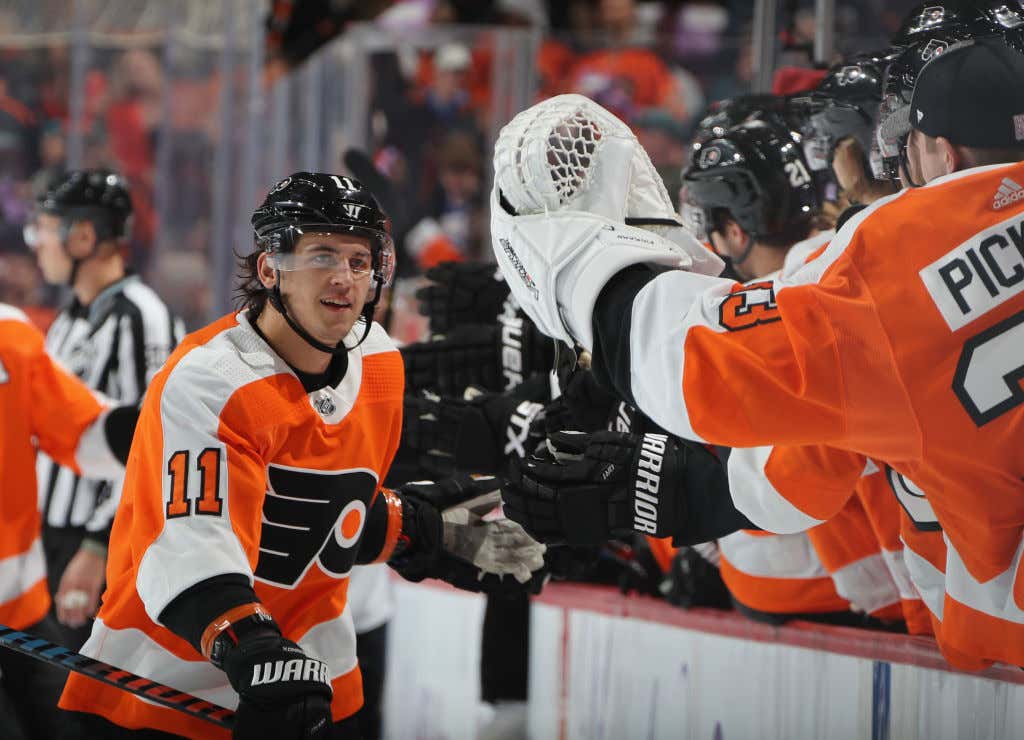 Up until this afternoon, Flyers fans have had every right to be angry, disinterested and lack any sort of faith with this organization. Since the passing of Ed Snider, the organization seemed to have been completely disconnected with the fanbase and it appeared that they had started to take the fans for granted. It looked as if they didn’t necessarily care about the on-ice product anymore, and they were content with mediocrity because they figured the fans would always just show up anyway. Flyers fans are loyal, sure, but there was only so much we could take. And the time had run out for this organization to make a significant change before the unrest within the fanbase reached a point of no return. Fortunately, the change was made today after the team relieved Dave Hakstol of his duties as the head coach of this team.

Now you can argue that this was long overdue. And you can argue that the organization botched this firing so poorly that the way it played out in the end was beyond unfair to all people involved, especially Dave Hakstol. But the fact of the matter is that the organization did their part today to prove to the fanbase that they are interested in moving forward, and that they are no longer content with mediocrity. And even though it came much later than it should have, you have to respect them for finally making that decision. And now here is where the fans come into play. Because the team did their job, now the fans need to do ours.

At this point, you need to give the Flyers a little bit of slack as fans. Just because they finally fired Dave Hakstol doesn’t mean this team will magically turn into a buzzsaw and start beating the shit out of teams left and right. I still believe that this roster–on paper–gives them a legitimate chance at being a competitive team that will be a hard matchup in the playoffs. But they have been so goddamn awful recently that it’s going to take them a while to figure it out again. And we need to give them the time to figure that out. So if you end up going to the game tomorrow or really if you go to any home Flyers game for the rest of the season, you can’t start booing the team if they get down and get down early. ESPECIALLY not if Carter Hart is in net and he’s still trying to find his game at the NHL level. From this point on, the Flyers deserve to have some patience restored in the fan base. All of the booing and the “fire Hakstol” chants up until this point were 100% justified. But now that the organization listened and made that necessary coaching change, they deserve the patience. They deserve a chance to find their game now with a new coach and young goaltender without the fans booing them out of their own barn. That goes for both fans who are in attendance at games and also fans just watching the game in general. You don’t need to be overly optimistic about this team right now, but you can’t go around shitting on everything they do anymore. The organization earned that by firing Hak today.

Another thing to keep in mind is that there’s always the possibility that maybe this team just isn’t as good as we thought they would be and maybe some of Hakstol’s failures were truly the fault of the players. Personally I don’t think that’s the case but it’s not like I’ve never been wrong before. But even if this team is broken and they don’t have what it takes to turn it around, well then guess what? You just break the team up and you don’t have to start completely from scratch, but you start back from the beginning again. But if that’s the case, there’s really no sense in getting too pissed off about that. So the team isn’t as good as we thought they would be. What’s the big deal? That happens all the time in professional sports. I understand it would suck ass if that was the case but now you have a new GM and most likely a new head coach in the offseason to build up a new team of their own. It would suck, but it’s nothing you can fault the current team for.

So that’s really all this blog boils down to. The Flyers made a big decision today and they did their part to get this team moving forward in the right direction. Now as fans, we need to give them some patience and give them time to figure this thing out. If they didn’t fire Hakstol then you’d have every right to either boycott this team entirely or show up to games with the sole purpose of shitting on this team. But they fired Hextall. They fired Hakstol. They have made major changes that show that they are trying to move forward. Flyers fans need to credit the organization for making those decisions, they need to respect the players for dealing with this absolute circus show that the organization has been putting on over the last few weeks, and you need to not boo the team out of their own barn. Sound good? Good.

Sidenote: If there is one reason to be very optimistic about this team moving forward, it’s the fact that history often repeats itself.

Sidenote #2: Regarding Joel Quenneville–obviously I would love to have Quenneville as the coach and I still think there’s a good chance we see Q in Philly eventually whether it be after the holidays or in the offseason. But what I’ve heard is that it’s Dave Scott and Paul Holmgren who both want to hire Quenneville, while Chuck Fletcher is hesitant. What that tells me is that the business side of things want to hire Q because he’d be a big splash that would sell tickets, but the hockey side of the operation doesn’t think that Quenneville would be the best fit here in Philly because he’s not known for giving younger players a long leash. I’ll always side with decisions rooted in hockey over decisions rooted in business so as much as I’d love Quenneville in Philly, I’ll put my faith in Chuck Fletcher to make the best decision for this team on the ice rather than thinking about the team’s wallet. But I guess we’ll just have to wait and see. Still way too much smoke around Quenneville for there to be not even a tiny flame there.