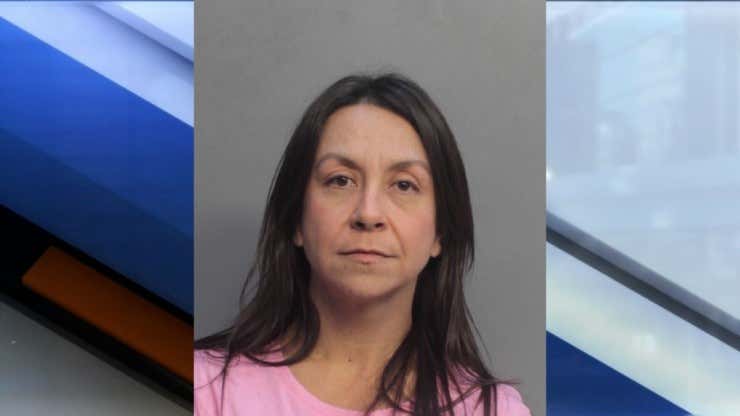 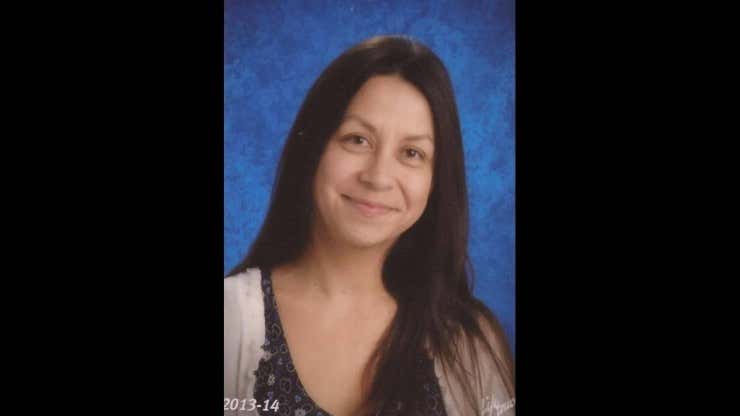 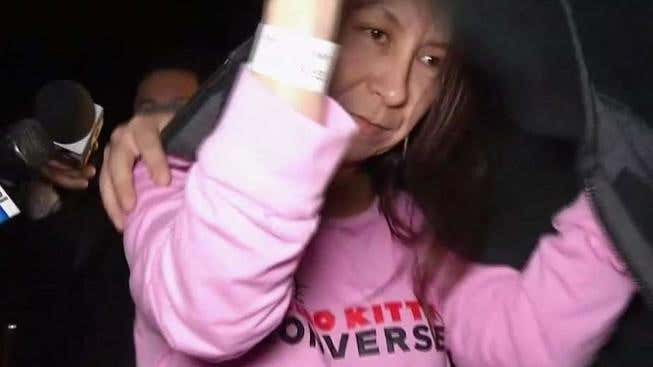 Florida – A Doral teacher has bonded out of jail after she was arrested for allegedly attempting to seduce a 13-year-old male student, first in her classroom and later online.

Forty-seven-year-old Andrea Jimenez, who taught science at Doral International Academy of Math & Science, declined to comment on her felony charges as she walked out of the Turner Guilford Knight Correctional Center in West Miami-Dade, Friday night.

“Talk to my lawyer, please,” said Jimenez as she walked away from a 7News crew.

Moments later, someone with the suspect threw a dark sweater over her head and escorted her away.

Jimenez is facing two counts of lewd and lascivious conduct on a child under the age of 16, among other charges. …

Detectives said Jimenez began courting the victim last school year, when he was 12 years old and a sixth-grader. Officials said she initially targeted the boy in the classroom.

According to the arrest report, the suspect grabbed the student’s face with both hands and attempted to kiss him. However, the boy refused to give in to the defendant’s advances.

Police said Jimenez then reached out to the student online. The arrest states she allegedly wrote to him, “I will go to hell for u. Die for u, stop eating to feed you. My love for u is so real and huge!!! I don’t mind facing the devil himself for u.”

The report states Jimenez further wrote, “I really like your butt. Sorry it’s not my fault it’s cute and hot. It belongs to me correct??? … ‘Cuz mine is yours.”

Florida. Fricking Florida. Where else but in America’s Dong would they refer to a 47-year-old woman hitting on her sixth grade student as “courting?” I mean, they make it sound like she went over to his house and asked his parents permission to sit with him on the porch swing under moonlight and he came out in a suit with a bow tie. They might as well have said she was “romancing” him. Or “pitching woo.” “Courting” is what Mary Hatch and George Bailey did when he came by her place in Bedford Falls and she played “Buffalo Gals” on the Victrola. And I missed the part where she texted him he has a hot butt.

And did I mention this kid was 12 when the, ahem, Andrea Jimenez’s “courting” began? Please allow me to mention that. That makes two of these in just the last month alone. Which is as dark and warped a trend in Teacher Sex Scandals as we’ve ever seen. Besides, you know, the whole “sex with your students” lifestyle itself. I had a science teacher when I was 13 who was really nice, late 20s maybe and semi-attractive. At least by the standards of my school. Anyway, I remember when she had to give the unit on reproduction. And even just using the clinical, medical terms for things, she was mortified. As was I. As were we all. But I guess in the great Sex Scandal Teacher state of Florida, they have a more relaxed and literally hands-on approach, even with a preteen. No thanks.

The Grades:
Looks: It’s not a good sign when the best photo you take is the one where someone threw a dark sweater over your head. That was a kindness not just to Andrea, but to all of us. Also, Carla from Cheers.
Grade: D

Intangibles: I can see why she used these poetic texts on a preteen. Because any guy her age would’ve probably mistaken them as lyrics from Bryan Adams’ “Everything I Do.”

Overall: F. Because 12 years old. You teachers can knock that shit off right now.