Great. Really great. Such a simple act of kindness, nothing like the generosity and innocence of a child, blah blah blow my brains out. Look, I enjoy the friendship that these two kids seem to have, even though it appears to be based on some strange financial agreement. However…

Who in the HELL has $32 to spare at that age?! Who is this moneybags Magee ova heeahhh?! 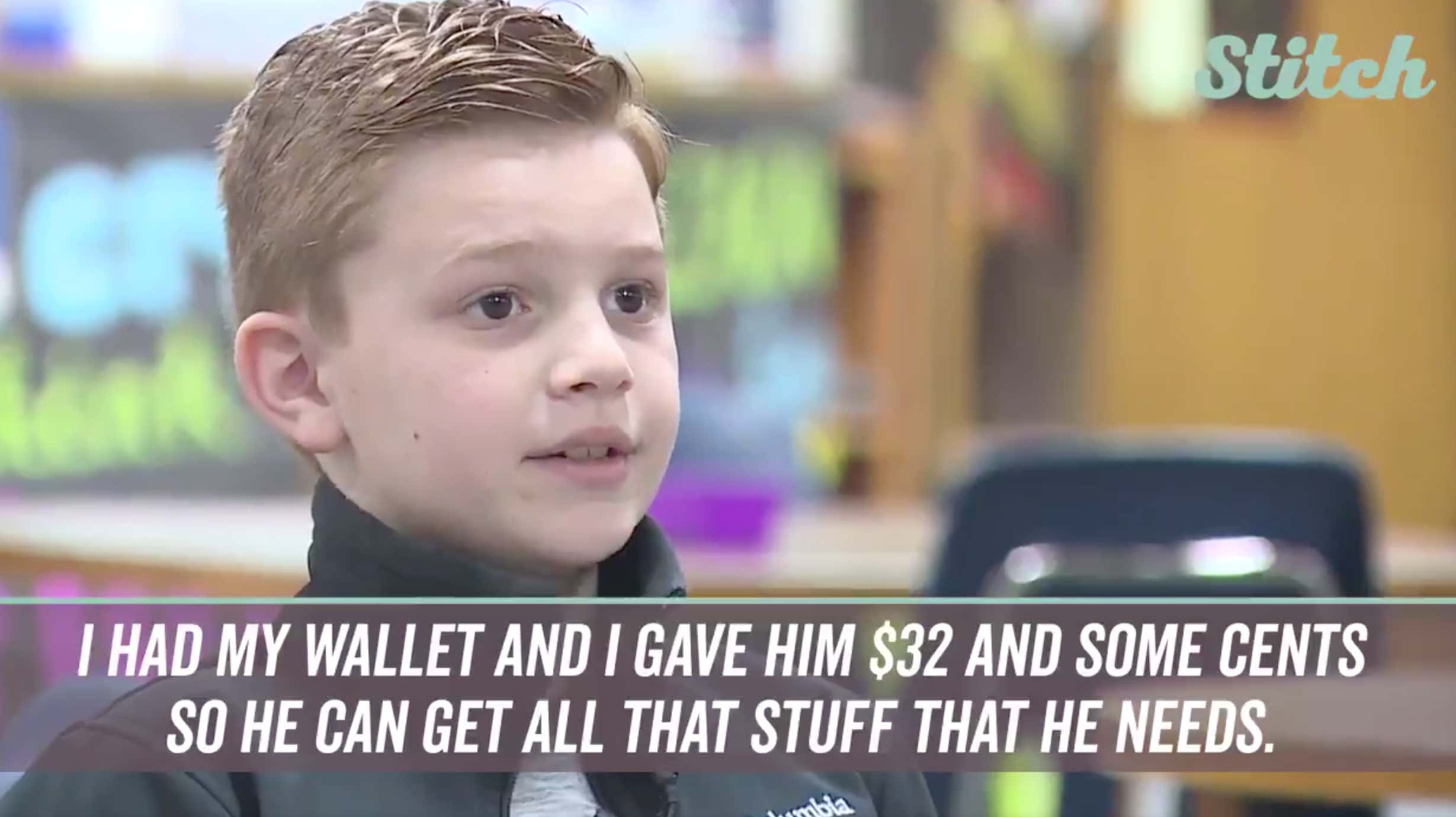 He’s clearly too young to be flush from a Bahr Mitzvah, so that’s out. We’re a week before Christmas, so it’s not Christmas money. Unless this kid JUST had a birthday and all his grandparents, aunts, and uncles sent him cash, there is no reason he should have $32 in his wallet… let alone the liquidity to donate tax-free gifts to FRIENDS?

Richie Rich here looks to be about eight. The formula says that $32 eight-year-old dollars is roughly equivalent to $2,000 25-year-old dollars, or $40,000 mom/dad dollars. Obviously the formula gets a little imprecise for adults, since they can get into some really bad addictions and end up totally broke. In which case, $32 kid dollars is just $32 crack dollars to them, and those fortunes are the same. Either way, that’s a TON of money to give away.

This kid gets it: 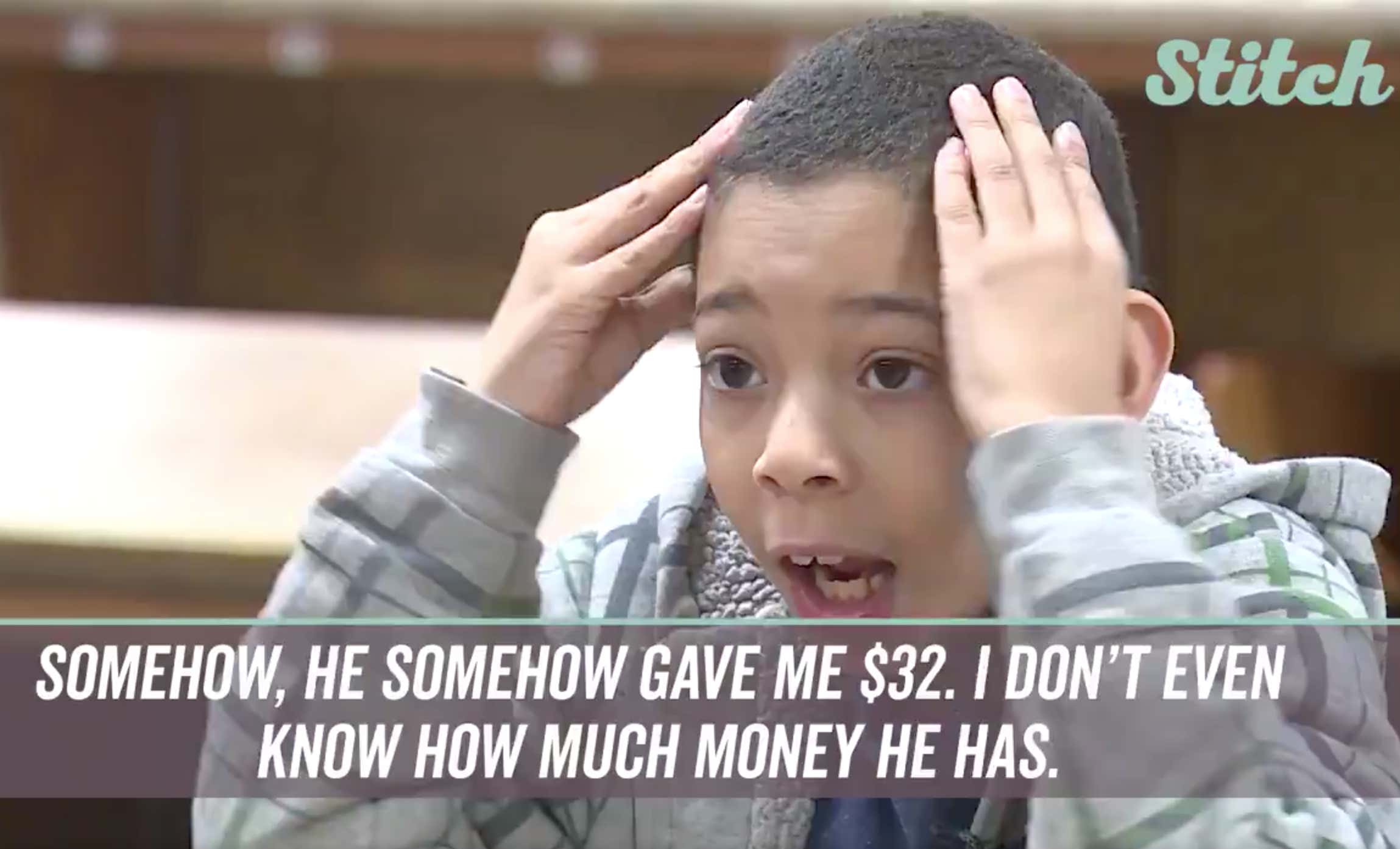 “I don’t even know how much money he has,” said the grounded, realistic child in complete disbelief. Me neither bud, me neither.