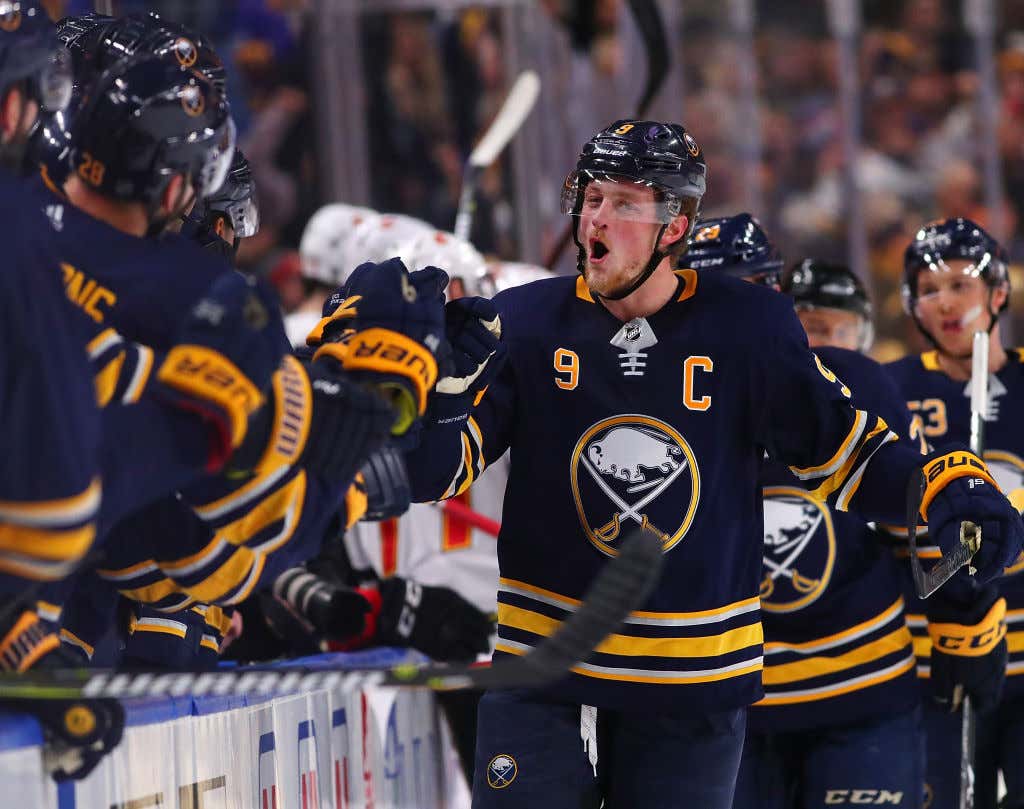 I have been banging the Buffalo Sabres drum all year. In October, I wrote about how it would be a good idea to hammer the Buffalo Sabres o/u point total. I also wrote about Jack Eichel and how I thought he was going to have a huge year now that he is finally healthy and has some talent around him. I also made a bold predication that Eichel would win the MVP. Did I get a ton of shit for picking the local Boston kid to win the MVP? Absolutely. Did I listen to any of it? Nope. One, because I know how good the kid actually is when healthy. And two, people are idiots.

So when did this begin? LAST APRIL I said that Eichel would be the 2018-2019 Hart Trophy winner.

Then again in September:

Then I wrote this on October 3rd right before the season started.

And lets talk about Jack Eichel for a second. Do people understand the kid has never really been 100%? Or how good he actually is? People say a high ankle sprain takes over a year to fully recover from and he has had, what? two? When healthy he is a PPG player, top line center, and can emerge as one of the top players in the NHL. I’m predicting a Taylor Hall esq season and the this year. Bold statement, I know. But if the Sabres make the playoffs, it will be an enormous turnaround from last season, they had the worst record in the NHL last year with 62 points. And it will be on the back of their top-line center, Jack Eichel.

Eichel is currently 6th in the NHL with 45 points. The North Chelmsford, Massachusetts native has 14 goals and 31 assists through 31 games this season. Pretty decent. In Eichel’s last 9 games, he has 17 points (9g, 8a) and is playing some of the best hockey of his career. Playing alongside Jeff Skinner has really opened things up for Eichel and given him the opportunity to show he can be a playmaker.

And look, I understand Mikko Rantanen is having an unbelievable year and Connor McDavid is Connor McDavid. But let’s consider that the Buffalo Sabres were the worst team in the NHL last season and now they are currently tied for 4th in the entire NHL and are 2nd in the Eastern Conference. This team is a whole new team and you know why? Because of this guy right here….the captain.

Going into the season Eichel didn’t get much consideration either, with Vegas having him at +3300 odds to win the Hart Trophy (via Odds Shark) 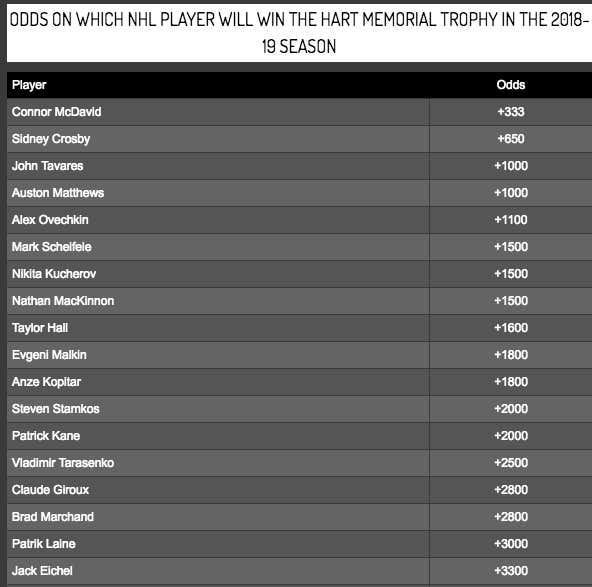 Was Taylor Hall the best player in the league last year? It’s debatable. But was he the most valuable player in the league? Absolutely. And that is exactly what Jack Eichel is this year. Without Jack, the Sabres are at the bottom of the pack. With Jack, they are a playoff team who can make some noise. It doesn’t get much more MVP than that.