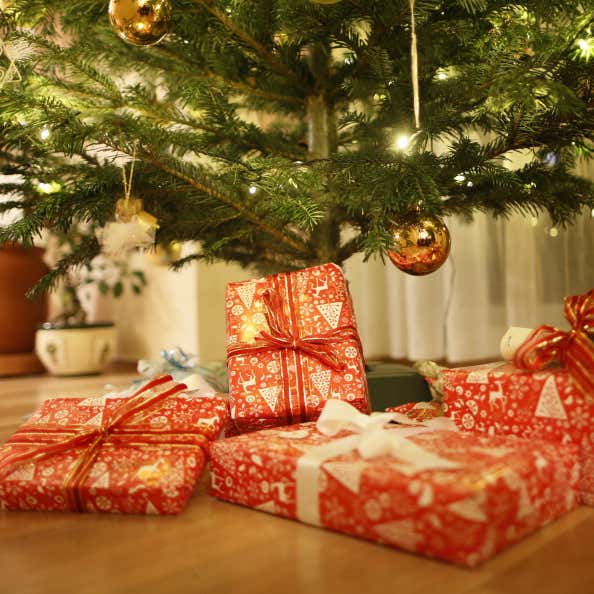 [WLWT] – Surveys by the retail site Finder.com and the resale chain Acorns say the most returned gifts include:

And from the doesn’t that stink file….the ninth unwanted gift, according to one survey. See if you agree.

It is liquor, something some people love as a gift, and others hate it. Send it to a teetotaler and you may say “doesn’t that stink?”

So here I was being a responsible adult and scrolling through my local news websites to find any interesting stories that I could possibly blog and came across this. The nine most returned Christmas gifts.

An immediate click from me. See, I love Christmas, I don’t hide it. Love everything about it and that includes the awkwardness of a God awful gift. Lucky haven’t had too many of those in my life but I do remember having to fake enjoying getting a Duke sweatshirt and Yankees hat as a kid from someone in the extended family. I was a Wake Forest and Orioles fan. Close, I know.

So let’s get into this list. First, I have no idea why slippers is listed twice. We’re only going to count that once obviously. Let’s start right there with slippers. It’s a fantastic gift. I’m a huge slippers guy, especially in the winter. You think I just want to walk around barefoot? The only thing dumber than that would be wearing socks all the time. Socks stink. Give me slippers – 100 out of 100 times instead. Now, there are obviously different types of slippers and we need some specification here. If you’re returning moccasins or thicker house slippers that almost can be worn as shoes if you’re redneck enough than you’re an asshole. But, if you get some low-end slippers with fleece falling all over, you still suck it up and wear them as a backup pair. Don’t return slippers.
Asshole Grade of returning: 8.8

Fitness DVDs? Listen, I get you’re trying to help someone out if you buy someone a fitness DVD for a Christmas gift. But, you’re the asshole here. Actually, scratch that. I need people to buy fitness DVDs for someone they are close with this year and film it, especially if the person has never mentioned wanting a fitness DVD. I need to see the reactions. I don’t blame people for returning these except that they aren’t using them as a weapon in attacking the person who bought it for them.
Asshole grade of returning: 1.1

Let’s move on to selfie sticks. How is that still a thing? I thought it was for sure a one time Christmas gift event where people were dying to use them. Personally? I never understood a selfie stick, likely due to being old and never taking a selfie. This feels like something you get in a family Secret Santa where the aunt and uncle you really aren’t close with have you and they loved it at a wedding. Don’t own a selfie stick if you can drive.
Asshole grade of returning: 1.4

How are board games on here? Who is returning a board game? Huge board game fan here. My entire family gets a board game every year and we end up breaking it out and getting way too competitive while drinking. It’s a wonderful Reagan tradition. I’m chalking this up to the technology era. People don’t understand board games anymore as almost everything is played electronically. I get it, but board games are awesome and I’ll fight you otherwise.
Asshole grade of returning: 9.1

Let’s be honest when it comes to Christmas sweaters. This is you getting an ugly sweater from your grandmother and you fake a smile in order to make her happy. We’ve all been there with the gift you have despise but are told to put a smile on when you’re a little kid. But, I’m assuming this is mostly high school/college/young adult people returning the Christmas sweater. It has to be absolutely hideous in order for you to return it. Other than that you can always use it for the ugly Christmas sweater party.
Asshole grade of returning: 4.6

I can’t stop laughing at the celebrity cookbook and autobiographies on here. It’s so specific. It’s not just a regular cookbook it’s a celebrity cookbook. I remember being younger and walking through the bookstore or even the grocery store and grabbing my college basketball magazine and seeing the cookbooks there. I always wondered who went out and bought one. That question still lingers here.
Asshole grade of returning: 3.4

The last of the original list is toiletries. I’m assuming this is mostly perfume and cologne. No surprise here. Unless you wear the same cologne and your significant other or mom buys exactly that it gets returned every single time. The only way you can be an asshole here is if your significant other buys it for you as a subtle way of saying your cologne/perfume stinks, literally. If it’s not that then go ahead and return it as you wish.
Asshole grade of returning: 2.9

Then there’s the last one and it’s the big one. Liquor. There’s no other way to put it – it’s probably the most common gift around the holidays. You get it for anyone and everyone whether it’s a bottle of bourbon, vodka or a bottle of wine. It’s the easiest thing in the world. You know why? Because you can’t return liquor. Even if you don’t like the liquor that was bought for you, you still keep it and put it out for whenever you have people over and hope that a guest drinks it. It’s that simple. It’s the best gift in the world that you can’t go wrong with.
Asshole grade of returning: 9.8