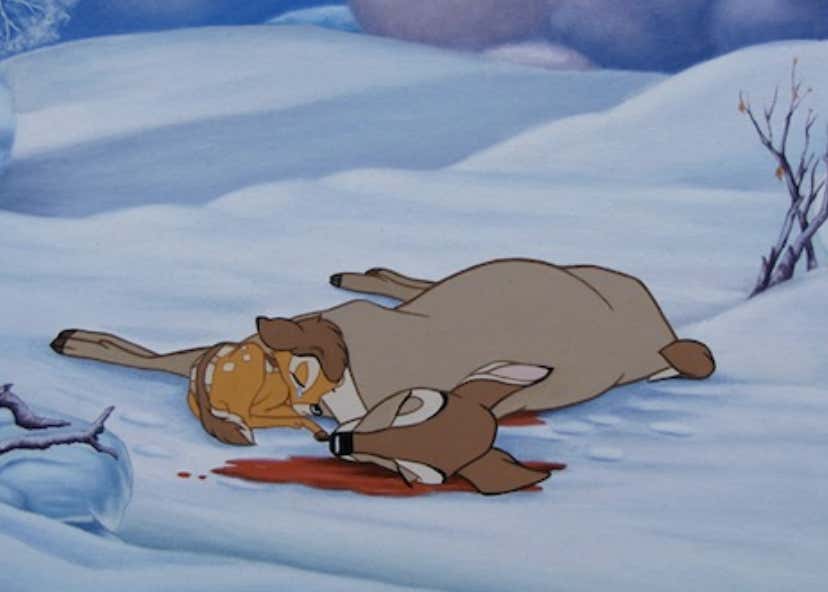 What a sad picture. Jesus. Never really considered how sad that still shot was until I just put it in the blog. But why is it in the blog? For good reason:

WANE - A Missouri poacher has been ordered to repeatedly watch the movie “Bambi” as part of his sentence for illegally killing hundreds of deer.

The Springfield News-Leader reports that David Berry Jr. was ordered to watch the Walt Disney movie at least once each month during his year-long jail sentence in what conservation agents are calling one of the largest deer poaching cases in state history.

Prosecutors say the deer were killed for their heads, with their bodies left to rot.

Instead it should be like in that episode of Black Mirror when that woman has to live a nightmare every day with all the people chasing her and filming her. He should have to live in a simulation where deer are hunting him and leaving him to rot. I’m not positive if we have the technology for it quite yet, or if deer can hunt people without opposable thumbs to pull the trigger, but I’m sure they can figure it out. Have you ever played with one of those Oculus things? I see them everywhere now, I’m positive we can make it happen.