Major indexes down ~ 1.5% across the board again today.  The S&P 500 hit its lowest level of the year, and the Nasdaq joined the Dow & S&P in negative territory for 2018.   All three indexes have plunged about 6% so far this December.

A weaker reading from the New York Federal Reserve about manufacturing in the Empire State and a drop in confidence from the nation’s homebuilders are the culprits for today’s weakness.

Outside of the radio show on Friday, the biggest event on the calendar this week is Wednesday’s Fed decision.  Wall Street widely expects the Fed to raise interest rates even after Trump told Reuters that another hike would be “foolish”…  Trump is worried about short-term swings in the economy and the stock market (especially before the 2020 election) while the Fed has broader concerns.

Even though the Fed will not cave to presidential pressure this go around, Wall Street analysts are expecting them to trim its 2019 forecast for rate hikes because of emerging signs of slowing global growth and evidence that higher borrowing costs are squeezing the housing market and auto sales.

BOXING — I didn’t preview the Canelo fight this past Saturday because I didn’t expect it to be much of a contest, and I was right.

I know Alvarez is coming off of 2 high profile and controversial fights with GGG, and I also know that he was jumping up in weight classes, so I understand he was due to schedule a soup can before he fought a real fighter again.  But for this mismatch to be his first fight after signing a $365 million deal with DAZN, seems like a bad move.  Canelo’s camp should’ve done a better job scheduling a guy who could’ve at least make it interesting.

If there was one positive I could pull after watching Saul’s 3 round dismantling of Rocky Fielding, it’s that Canelo carries this heavier weight very well.  Conversely, my concern with Lomachenko is that as he goes up in weight.  Then, has to tailor his fight plan around veteran fighters in that new weight class who have greater height, weight, and punching power.  Canelo doesn’t warrant that same concern and he looked just devastating (especially when working the body) against a fighter who I think after being officially stripped of his WBA super middleweight belt, should also be officially stripped of the name “Rocky.”

I am curious to see who is next up for Canelo on May 4th of next year.  The GGG re-re-match probably doesn’t get done by then and De La Hoya has been pretty vocal saying Daniel Jacobs will not be considered.

Maybe fighting unbeaten Demetrius ‘Boo Boo’ Andrade gives Canelo a chance to pick up the WBO belt with another fighter tied to Matchroom USA.  The DAZN deal makes this fight easily made, with the 30-year-old Andrade’s unbeaten record (after he beats Artur Akavov in January) an interesting storyline when pumping a potential bout vs a very Mexican Canelo on Cinco de Mayo weekend.

And finally, something completely random and yet absolutely pre-meditated. — It’s no secret I am uncomfortable in my own skin here at Barstool.  You would like to think I wouldn’t give a fuck about what other people think about me at this point in my life.  You would also think that if I really had a problem with it, I would go about changing my appearance with diet, exercise, or maybe even a surgery.

Well, diet and exercise are out because I like their evil stepsisters, gorging and sleeping, way too much.  Surgery is also not an option because the health plan here is similar to the one that is waiting at the border for those poor bastards walking to the US from Honduras.

What I can do is change the way I dress… And the first part of my pathetic fashion equation that needed a complete overhaul was my jeans.

I have spent the last 25 years in a suit, so the fashion transition to this shitshow has been a work in progress.  There are people here who primarily wear only jeans, t-shirts, and sneakers…  However, the sneakers are all $300 a pair, the jeans cost about the same, and the t-shirts are for free…  But all the t-shirts have the name of a Boston sports team emblazoned across the front, side, and back.

So, to remedy my lack of denim acumen, I visited multiple jean stores and quickly left with nothing but disappointment.  Outside of the enormous prices they charge, I find once you venture into a waist size that starts with the number 4, you have considerably fewer options than most…  Unless, of course, you are a boot-cut enthusiast. 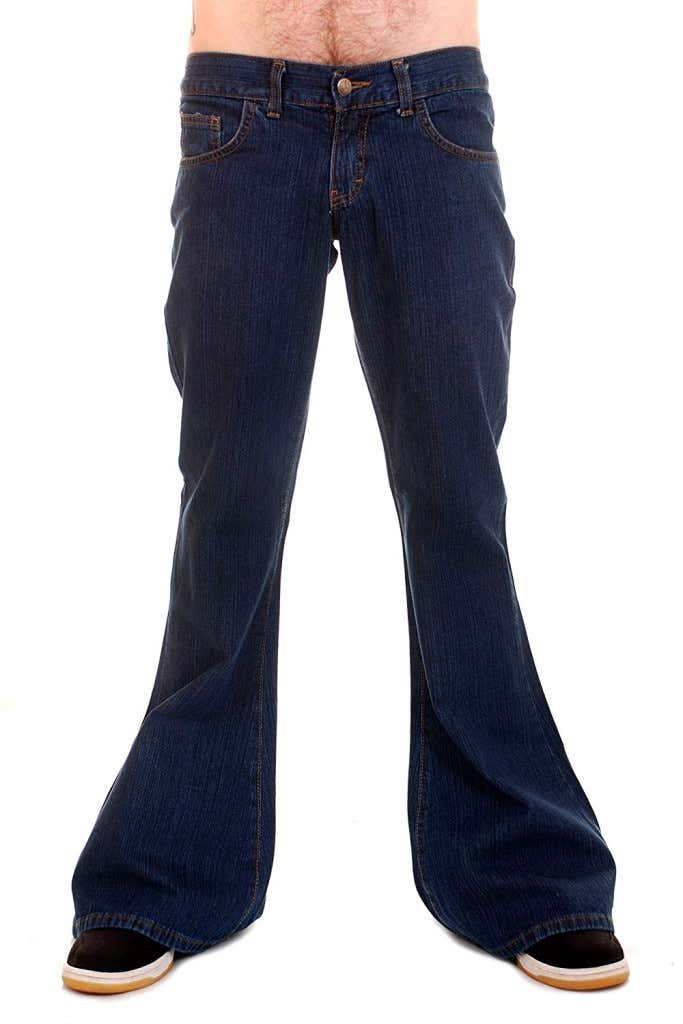 I was talking out loud about my frustration on the radio when some listener turned me on to Mugsy jeans.

Mugsy was started by a Stoolie who spent 5 years working with designers to develop a pair of jeans aimed at providing comfort for “the common man“.

I went online, ordered them up tailored to my outrageous dimensions, and within a week I was basking in the sexiness of a designer pair of jeans that also have the comfort of a fat man’s pair of sweatpants.

I was so impressed, I ordered 2 more pairs, and now I strut around the office wearing them exclusively.

As a result, every girl in the office, without exception, have complimented me on what is the beginning of my new look.  I even dressed as Santa for our Christmas party, but I wore my new jeans in lieu of the baggy red fur overalls that Saint Nick prefers, and the reception was overwhelming. 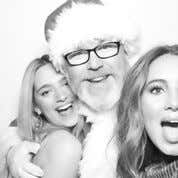 So much so, that I am now wearing my wedding ring regularly from here on out…  Just to send a message to these little minxes that you can look, but you can’t touch…  And that although I tend to swim in the warm waters located just off the company pier, there is no fishing allowed. 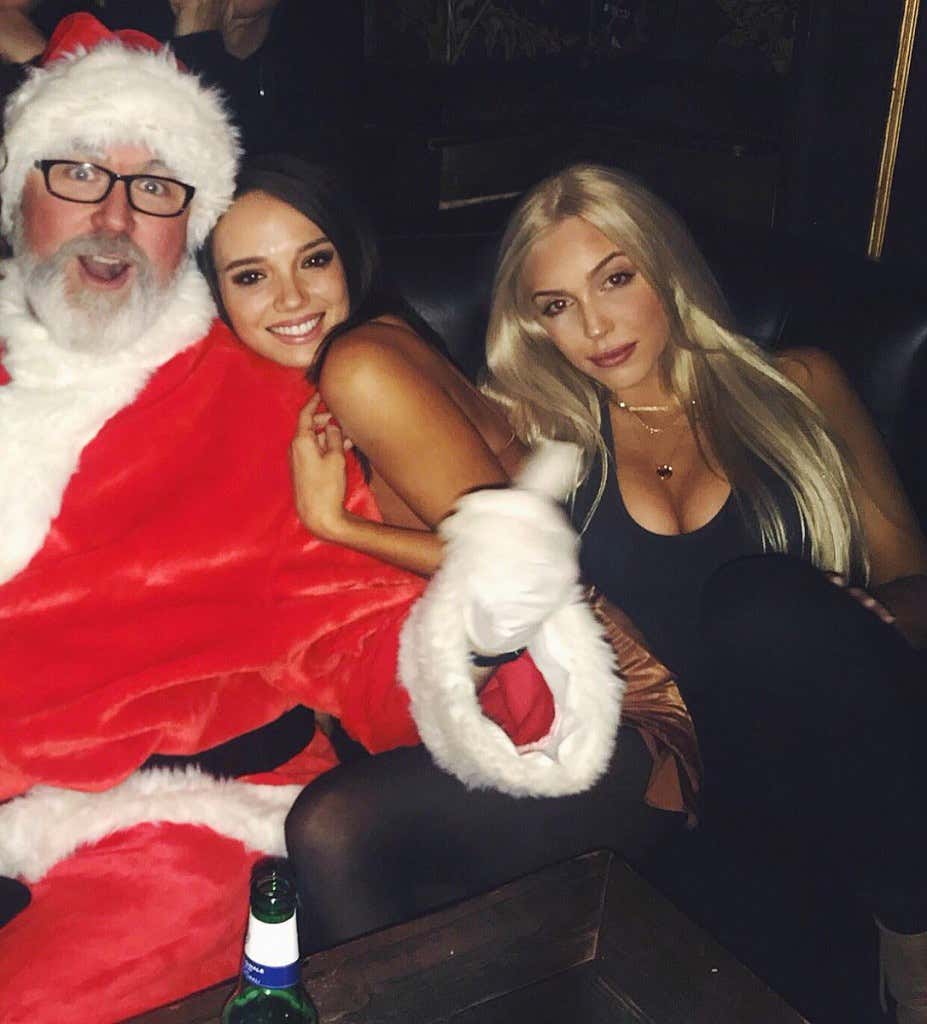 To take it one step further (but staying in the holiday spirit), with Christmas rapidly approaching, I had Moto-Foto make up 15 framed copies of my wedding picture which I plan on placing on every girl’s desk in this office to remind them that although my Mugsy jeans may seem like an open invite, my wedding ring is still the smallest pair of handcuffs in the world, ladies…  So BACK OFF, you temptresses!

If you too would like to harness the raw sexuality that I have tapped through Mugsy jeans, go to mugsyjeans.com and enjoy free shipping and $10 off your purchase (on me) by using the promo code LARGE10

Merry Christmas, enjoy the newfound lust, and take a report.