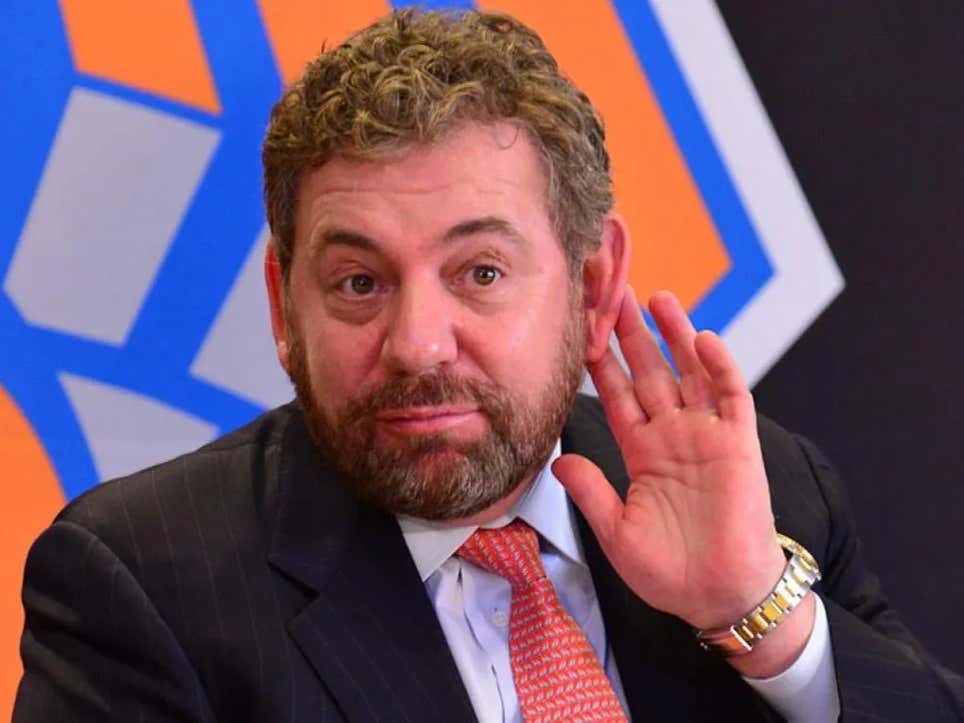 ESPN- New York Knicks owner James Dolan, who has put the New York Liberty up for sale, said he couldn’t rule out selling the Knicks if the right offer came along.

Dolan, who is chairman of Madison Square Garden and also owns the New York Rangers, told ESPN’s Ian O’Connor in a wide-ranging interview released Monday that there have been “feelers” of offers upward of $5 billion for the Knicks, but that “no one has come through with a bona fide offer.”

“You hear numbers all the time,” Dolan told ESPN when asked about selling the team. “… I think people have sent feelers out, but never any that were pursued. Yeah, [the feelers are] around that number [$5 billion], but those things, it’s like a stock price. It’s only important if you’re going to buy or sell.”

It’s a Christmas miracle! Maybe? Hopefully? I realize that saying you would take an offer for the Knicks and actually taking an offer to the Knicks are two VERY different things. I also realize that we hear reports like this every 6 months or so and are full of jargon that like this that Large to translate for me into idiot blogger terms.

Dolan, 63, said he loves the Knicks and Rangers, “but you still have a responsibility to your shareholders.”

“You have a responsibility as the guy who runs the place to deliver on that for them, that’s being open and transparent. And so in that position, I could never say that I wouldn’t consider selling the Knicks. Now, my family is not in that position, and they are the majority shareholders. They hold the majority of the vote. … As a majority owner, I don’t want to sell, either. As the head of the public company, you can’t say you can’t sell, because then you’re telling your shareholders that your own personal feelings about your assets are more important than their money. And they won’t invest with you if you do that.”

However, Kazoo Jimmy saying that he may one day sell the Knicks is a good enough reason to pop open at least a cheap bottle of champagne this morning or at least a celebratory beer. You would figure sooner or later being the most hated man in New York would wear thin on him and he would rather go spend his billions and the rest of his life making shitty music with his band instead of ruining millions of people’s lives.

Now that these quotes are out there, I would think/hope there are billionaires getting hard/wet at the thought of owning a team in the country’s biggest market in a sport that continues to grow year after year. Who cares about the $5 billion+ price tag. There is also no easier way to become beloved in New York than to be the guy that saved the Knicks from James Dolan. Knicks fans have been stuck in this shitty relationship for so long, they would give even the biggest asshole on the planet a shot if it means escaping Dolan’s evil reign. And in case all that wasn’t enticing enough to business people with a shitload of money, the Knicks have a young, exciting team and may just have a chance at one of the three best players in the NBA this summer. In fact, the Knicks biggest liability appears to be the owner that everybody in the city hates. They just gotta hit that $5 billion number, add a little extra on top so you can get the team before KD hits free agency, and then we start planning the parade at the Canyon of Heroes for our new owner, whoever it may be.