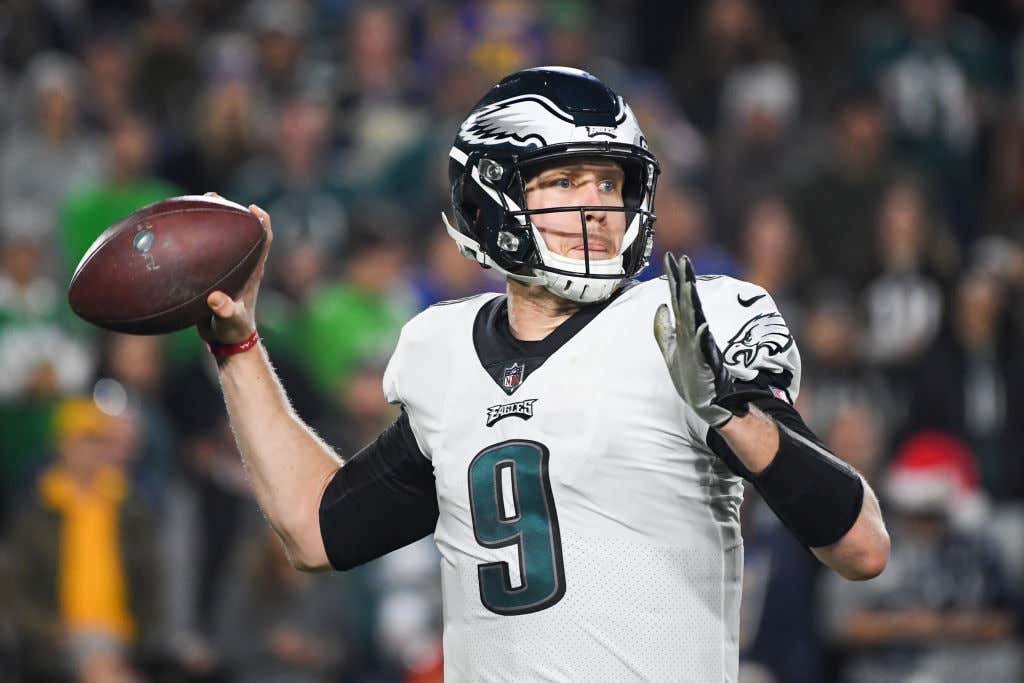 So here’s the thing. I love Nick Foles and the city of Philadelphia should always treat this man like a god for bringing the Super Bowl to this city for the first time in franchise history. I would do anything for this man. Unless, of course, that “anything” meant saying that I’d rather have Foles in at quarterback than Carson Wentz. If you think the Eagles are better off with Foles than Carson just because of a few games, you’re a fool. Because we saw at the beginning of this season exactly what we’d most likely get out of a full year with Nick Foles as QB1 and it wasn’t pretty. However, Nick Foles is a different breed of quarterback. I don’t think that Nick Foles was born to be a starting quarterback. But I do believe that he was born to be the greatest backup of all time, and he’s proving that again right now.

Just think about it. In those first two games of the season when Foles looked absolutely nothing like he did when he was the Super Bowl winning MVP, there were so many expectations for him. This was a guy who had just gone on one of the most improbable runs in the history of football. A man who took down Tom Brady and the Patriots on the game’s biggest stage. The absolute legend who called the Philly Special. The football world was expecting a lot out of Nick Foles at the beginning of this season and he somewhat cracked under that pressure. Sure, they ended up squeaking out a win over the Falcons but neither game was pretty. And you had to wonder if the Nick Foles carriage had turned back into a pumpkin.

But then we get to last night. Again, it’s Foles coming in for Wentz in game #14. Nobody had any real expectations for Nick Foles anymore. The pressure was off. The Eagles were double-digit dogs going up against the Rams. So when all the pressure is off and the expectations are thrown out the window, what to Nick Foles go out there and do?

Oh, ya know, just went 24/31 for 270 yards to take down the best team in the NFC in their own stadium. Not a big deal or anything like that.

Now they call this man Big Dick Nick for a few reasons. One is on a literal sense because the man has a python for a cock. The other is a little more figurative because for some reason when the stakes are the highest, Nick Foles has a metaphorical fire hose dangling between his legs. But the question here is does Big Dick Nick show up in these big games because he thrives under the pressure? Or does Big Dick Now show up in these big games because he knows that everybody is already counting him out and not expecting to see anything out of him, thus taking all the pressure off of him in the first place? I think it’s probably the latter.

Which is why in life, it is always important to never set any goals or expectations for yourself. If you do, you will almost always end up disappointing. But if you just go out there and give it your best day after day without anybody expecting anything big out of you? Well you have the ability to shock the world at that point. And Large Cock Nick Foles is all the proof in the world you need. They say that anything is possible, but it’s really only true if you never expect it to be possible in the first place.