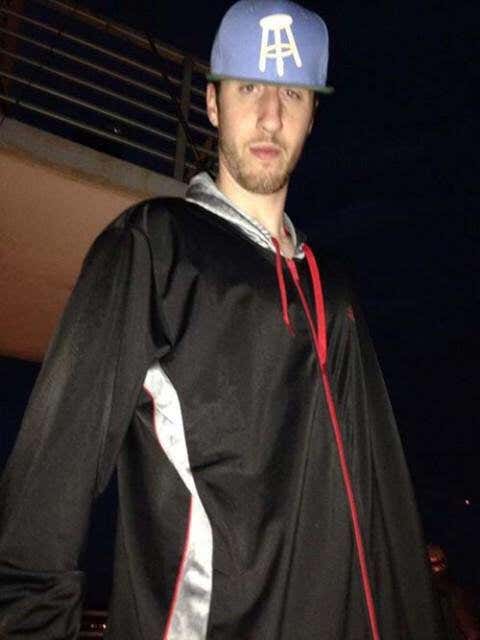 Charlotte Observer- Can’t a guy just be left to his video games and snacks? That was the plan for Charlotte Hornets center Frank Kaminsky Thursday afternoon, as it often is following practice: Play “Fortnite” and eat Cheez-Its. That plan changed when the fire alarm went off in the Charlotte highrise where Kaminsky lives.

Normally, Kamsinky blows off the warning, expecting a quick announcement that was just a test of the system. This time, residents of the building were told to evacuate in response to a bomb threat.

“I had to walk down 49 stories because they shut off the elevators. Instead of grabbing my keys and my wallet, I grabbed a box of Cheez-Its for the long journey down,” Kaminsky recalled after shoot-around Friday morning. “About three stories down, there was a lady with a baby and a dog and a couple of other things she had to carry, so I just helped her carry the baby.” Kaminsky said he’s lived in that building the past four years and he knew the mother who needed his help, so it was no big deal.

Look at those no good dirty scoundrels at Barstool Sports helping out their fellow man and woman yet again! Frank Kaminsky is out here playing real life hero ball to a mother in need and carrying babies down a billion stairs. The heads of thousands of SJWs must be spinning right now while hate-reading this blog. I’m not saying the employees of the sites that write hit pieces about Barstool Sports would act like George Costanza during an emergency and push women and children aside. But I’m not saying they wouldn’t act like him either. However as I have learned from those hit pieces, all Barstool writers and readers act and think exactly alike. So today we all are heroes. Everybody take a bow!

Not only did Frank cement himself (as well as all of us) as a great human, but he also revealed himself as a Hall of Fame snacker. Bringing a box of Cheez-Its over every other possession he owned for 49 floor hike is as savvy as it gets. I’m talking James Harden being able to get a foul called every time he looks at the basket level savvy. Chips make your hands way too greasy in case you need to rescue a baby like a hero and you don’t want to get bogged down eating a bunch of cookies. But Cheez-Its are the perfect snack that are binge-worthy and come in a nice sturdy box that won’t fall as you go from one flight to the next. What a legend. But don’t tell that to Frank Kaminsky. He thinks he’s just a nice guy.

“I’m just a good samaritan, not a hero,” Kaminsky said with a chuckle.

No Frank, you are a hero. As well as an employee of Barstool Sports that has a homemade Barstool hat as well as a pair of shoes with the the Stool & Stars.

basketball player. But mostly hero and Barstool Sports employee that I am honored to have once appeared with on the air, which doesn’t make me a hero but does make me a hero’s acquaintance that once talked about fictional heroes with a real hero.

Then again they say you are the company you keep, which on top of the aforementioned broad brush that every Barstool writer and reader is painted with, technically makes me a hero. Not my words but the words of our biggest critics. Good going Frank!