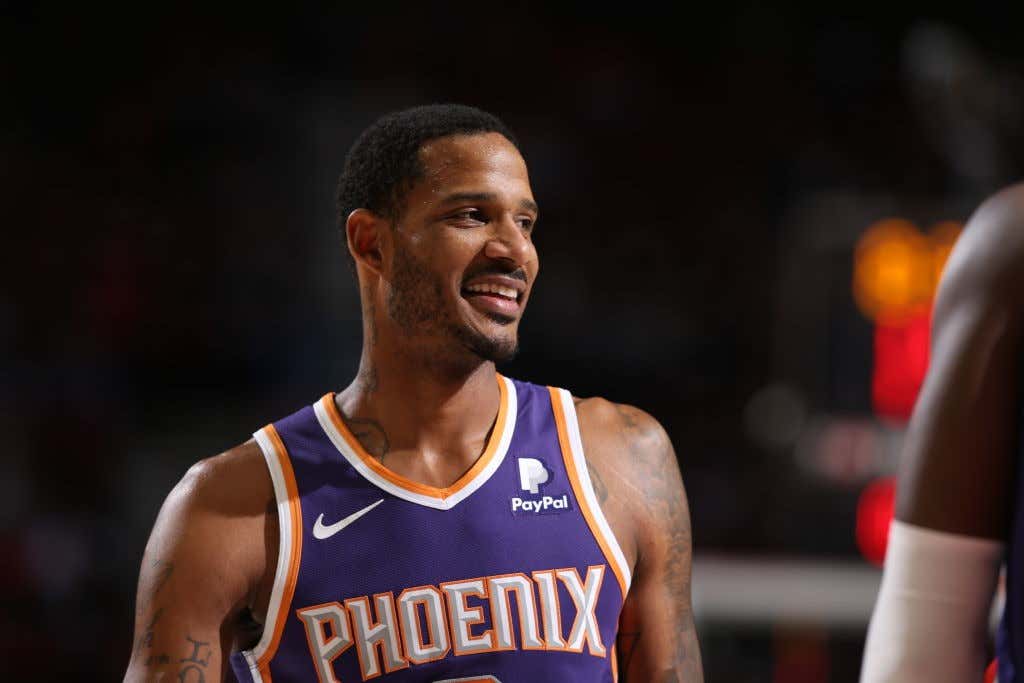 OK, it’s been a wild like 12 hours in the NBA with news of a three team trade between PHX/WSH/MEM that ultimately fell apart because the Suns tried to sneak in a player that was never part of the original deal. Your classic “which Brooks are we talking about here?” mix up. Happens all the time. Once the Grizzlies stood firm and refused to include Dillion Brooks in the deal, it died on the table. Thing is, you can’t suddenly go back to pretending this trade wasn’t a thing, and you knew that the Wizards were not going to be able to keep both Austin Rivers and Kelly Oubre Jr in that locker room once this trade was leaked. That team is already so dysfunctional there’s no way that works. So what did the Suns and Wizards do? They reworked the deal and cut out the Grizzlies. Part of me wonders why they didn’t just do that in the first place but that’s not the point. The point is they found a way to get a deal done and we officially have our first trade of the early trade deadline period.

To be honest, I feel like the Wizards sort of overpaid for Ariza. Austin Rivers and Kelly Oubre Jr aren’t All Stars or anything like that, but they are serviceable pieces. It gives the Suns the starting point guard they need, and while Oubre Jr may have underachieved in WSH, he’s still a young player that can stretch the floor and play multiple positions. To get those type of assets for a 33 year old Ariza who they had no plans to keep past this season, that’s not a bad return. Both are in the last year of their deals so it’s not like they Suns are taking on future money either. They’re still going to stink, and one might question why they made any move that could potentially make them slightly better and cost them a high lottery slot, but the whole world knew Ariza was going to be moved and at least they didn’t send him to LeBron.

For Washington, they now are going to have to rely heavily on Tomas Satoransky as their primary backup guard, and Kelly Oubre Jr will forever be added to the list of wasted assets

It really is confusing as to why they would give up that sort of asset for a 33 year old player. The Wizards are in win now mode or something at 11-18? It makes you wonder if there was more to the story because when we talk about the Wizards issues, how many of us say “ya know, they are a Trevor Ariza away from really turning this thing around”. Nobody says that because this really doesn’t solve any of their issues unless Oubre Jr was some big cancer or something along those lines. If this was just an attempt to change the culture and Rivers and Oubre were a problem then I guess it makes more sense, but we haven’t heard anything along those lines. I could understand the thinking that if the team was not planning on giving Oubre Jr a big deal in RFA this summer you may as well get something for him, but the thing is Ariza is up after this season as well, so how is that the best return on that particular asset.

I’m just glad given the hilarious disaster we all got last night which was one of the weirdest stories of the season so far, that everyone was able to come back to the table and get a deal done. Never before have role players demanded this much attention between two teams that are still pretty much in the same spot today that they were before this trade happened. All I know is this now gave me a taste of another Woj Bomb season, and I need more trades to come across my timeline immediately. I have a fever, and the only cure is a nice Shams/Woj battle.

Now, if you’ve never seen any of these players so far this season, here ya go