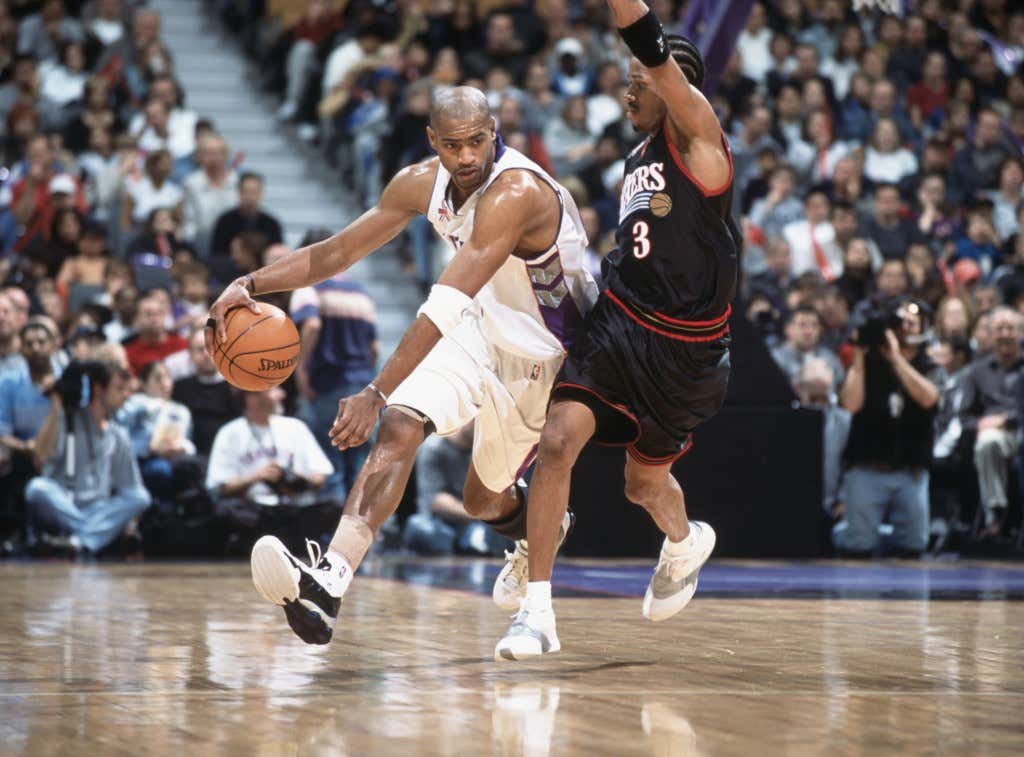 Alright everybody we made it. We’ve reached the point of the day where we can all stop working and do whatever we can to get to the weekend. That’s why today I wanted to relive one of the best playoff battles of my youth. You all remember the AI vs Vince battle back in 2001 in the Eastern Conference Semifinals? That shit was insane. Iverson averaged over 33 a game for the series, had a 50 burger in Game 3, and was virtually unstoppable. The same could be said for Vince, who put up a 32 a night for the series and had a 50 burger himself in Game 5. This was back before the internet was really a thing and I remember waking up every morning and checking the newspaper for the box score and couldn’t believe me eyes. For a kid that didn’t really care about either of these two teams it was still must watch stuff for everyone who cared about basketball. One of the all time playoff battles without question.

You know the drill. Sit back, hit play, get lost in some awesome NBA history and the next thing you know you’ll be free.

Great job getting through another week everybody, see you all again Monday afternoon. Have a great weekend!