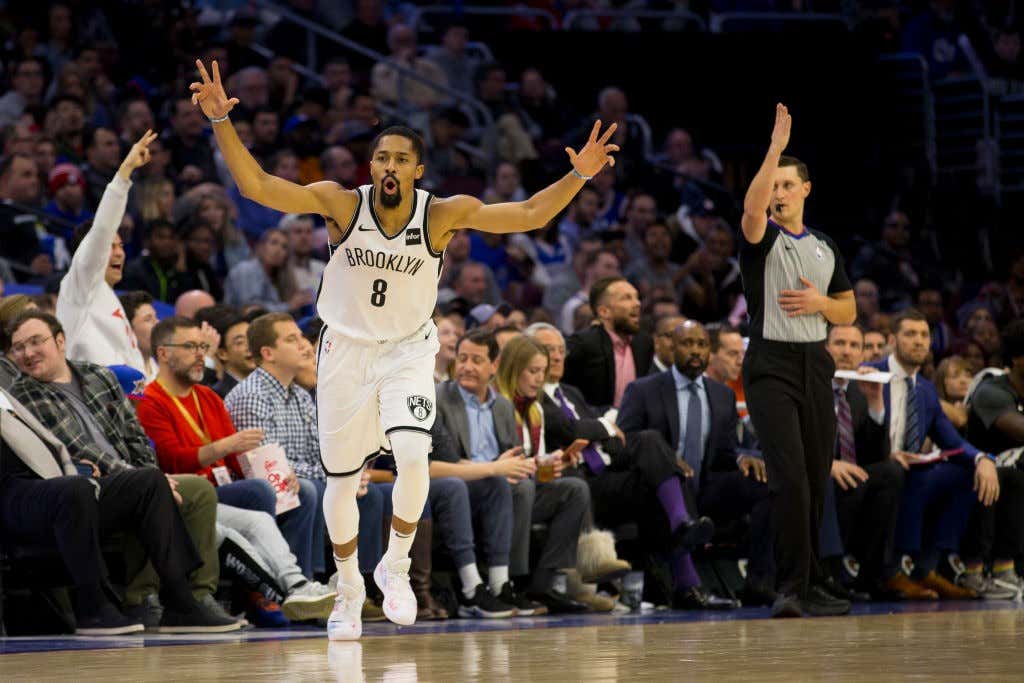 What a 24 hours for Spencer Dinwiddie. Drop a career high 39 on the road against the Sixers and then the next day you snag yourself a nice 3/34M extension. The Nets had to make a decision on Dinwiddie this summer and they actually saved themselves some money. With Dinwiddie eligible for a 4/43M max extension, but this gets him to the market again at 28 and considering he’s going from a $1.6M salary to a $10.6M salary I doubt he minds. If I’m being honest that’s great value for a player like Dinwiddie who over the last two years has really emerged as a legit point guard option in Brooklyn. My favorite for 6th Man Of The Year, he’s improved in each one of his seasons as a Net, and at just 25 you could argue they are getting him at a great time. Between him and a healthy Caris LeVert, another young breakout player, the Nets have a good foundation moving forward.

What this also means is the D’Angelo Russell days as a Net are numbered. He has a $20M cap hold this summer, and now that they just committed money into a player that could probably start, I can’t imagine they keep Russell. The writing was probably already on the wall when he wasn’t offered an extension, and I imagin they are going to want his cap relief once they hit the summer and guys become available. Makes you think if they end up trading him before February’s deadline.

Either way, Nets fans will be the first to tell you this dude is legit, and you should believe them. He’s got great size, is a clutch player, and considering what guys get paid you get him at a discount. Smart move for a team that has quietly done a good job of coming back to life.