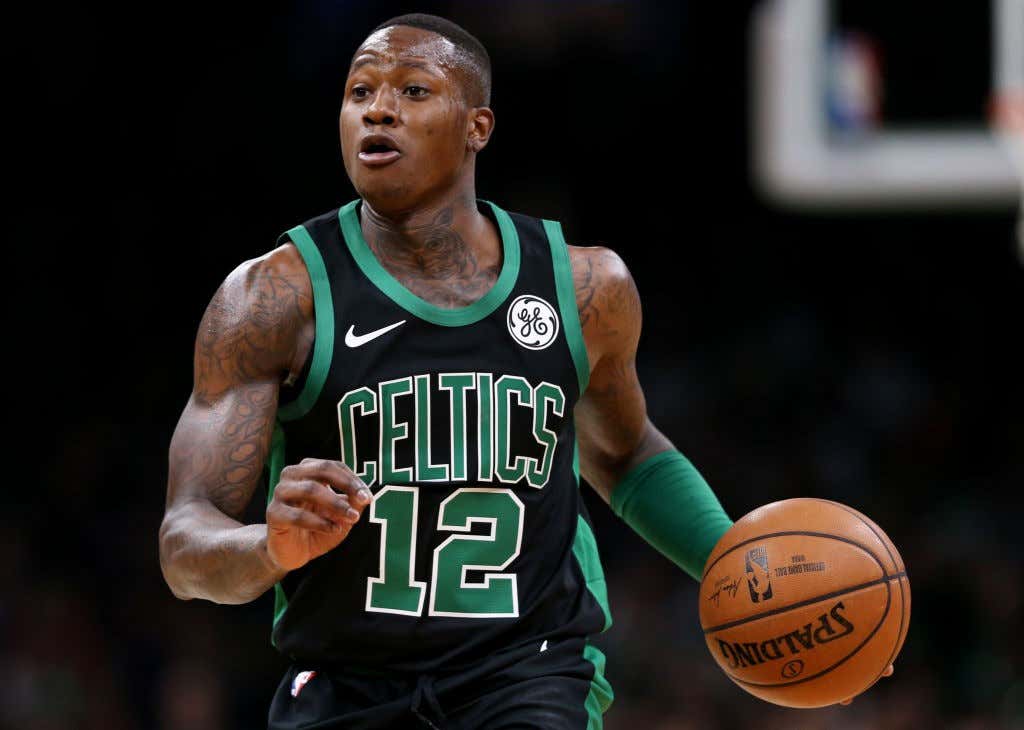 Anyone with a pair of eyes could see something just wasn’t right with Terry Rozier to start the season. His play had taken a step back, his body language was pretty terrible, he was subtweeting on Twitter, the whole thing was a bit of an issue. To make matters worse the team was underachieving which only brought out the vultures and a big part of the early season struggles were because of Terry Rozier. Danny Ainge even said as much the other day

“The way that so much stuff gets reported and written now, it could be nothing or it could be Terry saying something to somebody at some point like, ‘Damn, I’m just frustrated,’ and that leads to him being really frustrated,” Ainge told Yahoo Sports over the phone on Tuesday. “Heck, we’re all frustrated half the time. I played 18 years of professional sports, and half the games I didn’t play as well as I wanted. When I played well, I usually wasn’t as frustrated, regardless of what role I was playing.”

“Some of the things that Terry has gone through early have been predictable and understandable and even expected,” Ainge told Yahoo Sports. “He is still very humble and wanting to do the right thing, but he has big dreams and big goals. That’s why he’s special. He’s a great, great kid, and he’s been around good people. He learned the team concept under coach Pitino, so when coach [Brad] Stevens talks about sacrifice, he understands. It’s not a foreign language to him. He gets all that. He’s a team guy, and he’s a winner. Those are the characteristics I’ve always liked about him.

“I’m giving Terry all the credit for having a paradigm shift, and he’s playing better. It’s a good message for all the players. You don’t always get what you want, but the choices you make are important. You can either pout and feel miserable or you can have a positive attitude and make a positive impact.”

Something has clearly clicked for Terry over the course of this 7 game win streak, and I don’t think it’s crazy to think the two might be related. You can see the improvement simply by looking at his production over this stretch

averages of 11.0/4.7/3.6 on 47/40% splits with 1.9 3PM is exactly what we all thought Terry would play at heading into the year. When you look at his 116/101 advanced numbers I think we all take that as well. With guys out that’s obviously given Terry more of an opportunity and he’s flourished, which in turn has brought some stability to the second unit and a reason why this offense is buzzing right now.

But I wanted to look back and see just how different Terry has been over this stretch compared to earlier in the season. Right off the bat we’re seeing an improvement in his passing. He’s bumped his AST% up to 18.2% over this stretch from 14.8% and he continues to essentially never turn the ball over. When you watch Terry pass we all know he struggles in the P&R finding the roll man, but we’ve seen an improved vision recently that is having an immediate impact

I’ll be the first to admit, these aren’t dazzling passes or anything like that, but for anyone that has watched Terry play you know this is an area he really struggles with. This is important moving forward because as long as Marcus Smart remains a starter, the second unit needs consistent playmaking production from the guard spot and having Terry be a decent passer is crucial.

When it comes to his scoring, we’re seeing an improved approach and shots that weren’t falling to start the year have been nails during this stretch. For example Terry is taking the 3rd most shots in the paint (non restricted area) and is averaging 54% on those shots. That’s pretty good right? Well what if I told you that before the streak on those same shots Terry was shooting just 34%? You knew that slow start wasn’t going to last, and Terry has remained aggressive and is now finding that success we all thought he could have. Shots like this

are starting to fall more consistently and that’s big because when that floater game is working it opens up the rest of Rozier’s offense.

From the midrange area he’s upped his FG% from 17% to 42.9%. What’s impressive is even with guys out, Terry hasn’t forced things which is a nice surprise. That’s always the concern with him, that he’ll fall into bad habits and play at 10000 MPH and out of control. The reality is he has the 9th highest usage rate during this streak and has done a great job of playing within the offense. What this does is it gives him a boost in confidence, and what we know about confident players is they tend to play a little better. Another area that’s showing up for Terry is how he’s shooting the ball when he’s wide open. Over these last 7 games Terry is shooting 58% on wide open looks, which is a drastic improvement from his 38%. Just think about it and it makes sense. Terry is playing inside out, getting buckets in the paint and then when given the opportunity for an open three or an open look, he has the confidence to nail it. He no longer is worried that he’s missed 4 layups/floaters in a row and is putting additional pressure on his jumper.

As we know, winning cures all. All the drama surrounding Rozier and his status with this team seem to be behind them and that’s another reason why this streak was so important. Now that they have Terry playing at a level more aligned with the production we saw last season when he sort of broke out, it makes this team all the more dangerous. We know he wants to be a starter, we know he wants more minutes, but earlier in the year he wasn’t deserving. Whoever got to him has clearly made an impact and now that he’s out of his funk he’s going to continue to be an extremely valuable piece for the second unit.

Who knows, maybe now Ainge has more incentive to move him at the deadline now that he’s playing well and may have an improved market but let’s not worry about that right now. The good news is the Terry this team needed is back, and I for one am thankful for it.